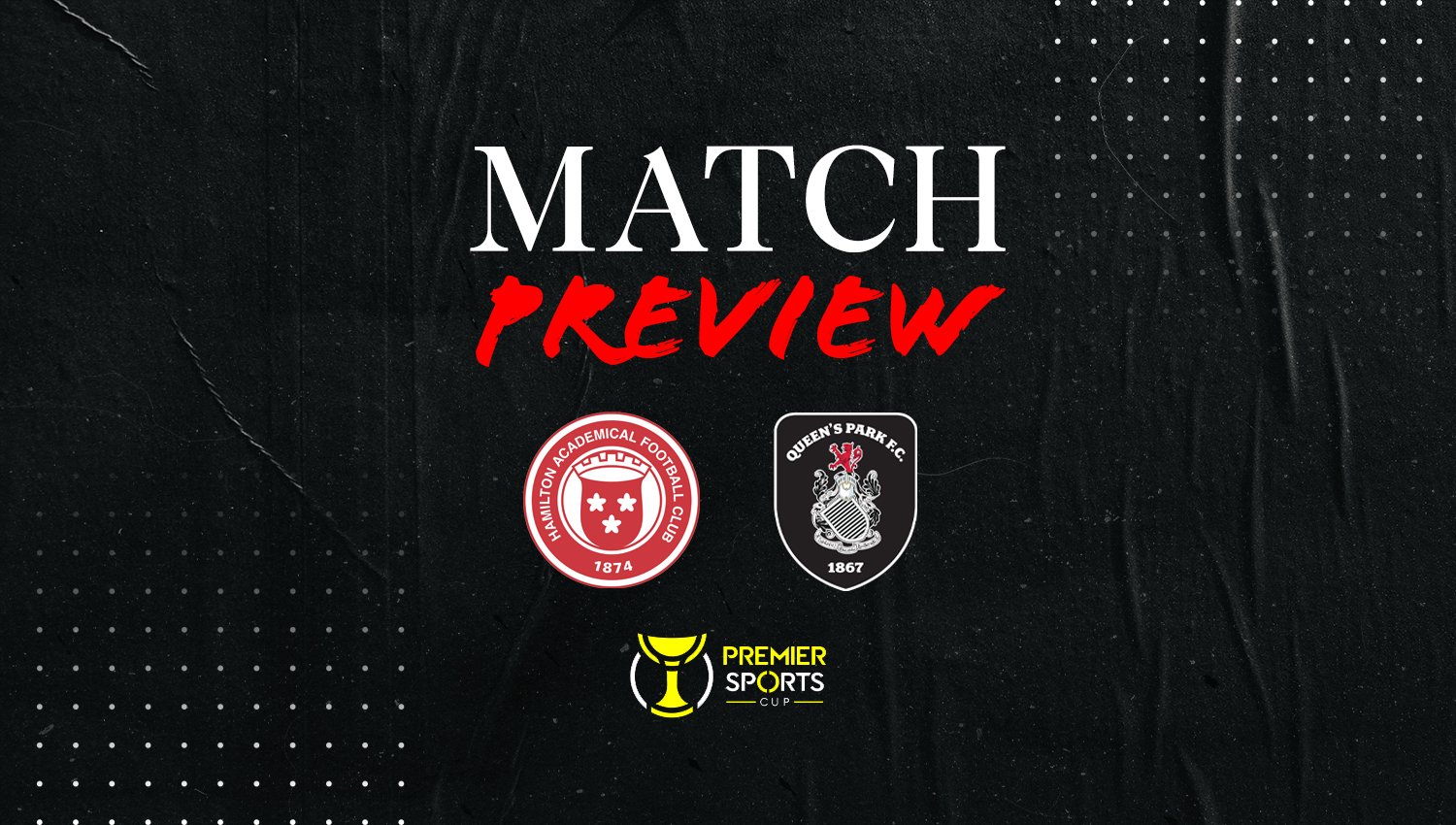 The Spiders head to the Fountain of Youth Stadium on Saturday for our fourth and final Premier Sports Cup group stage match, knowing that a win could see us progress to the last 16 of the competition. With Queen’s with sitting six points from the opening three games, and Dundee strong favourites to grab top spot, nothing less than a win is likely to be good enough to go through in one of the best placed second spots.

On the eve of the game, Owen Coyle gave his thoughts to the club media team.

Owen said: “We’re all looking forward to this one and expect a tough test against a good Hamilton Accies side.”

“We’ve had a look back on Tuesday night and recognise that we did a lot of things really well, however equally we know there are one or two things we need to learn from and do better. Of course we would like to see a good performance but ultimately we want to win and give ourselves that opportunity to be in the last 16 of the competition. There’s a lot to play for and it’s one which we are excited about.”

“Like Tuesday night’s game, this will be another opportunity to test ourselves against a side that we will come up against in the cinch Championship this season. We’ve are obviously making the jump up to this level and it’s important we adjust ourselves and ensure that we are ready for the challenges it will present.”

“The game is also another opportunity for us to make further progress in terms of getting closer to where we want the players to be with regards to their fitness and physical condition with the start of the league campaign just around the corner. In addition to that it’s another chance for the players to stake their claim for a jersey going forward. We have one or two niggling injuries which we are assessing and we will make calls on them closer to kick off.”

“Ultimately we know there is a lot to be played for and we want to go there and win the game.”

Tickets: Pay-at-the-gate will be in operation (please have the correct change where possible)

Live Stream: There will be no live stream of this match.

Getting to New Douglas Park & Parking: Supporters of both clubs who have travelled to the match via car have free access to the underground car park located on Auchinraith Avenue.

Alternatively, other car parking arrangements can be found on Caird Street and Beckford Street.

With a walking time of just under 10 minutes Hamilton West train station is the station closest to the ground.