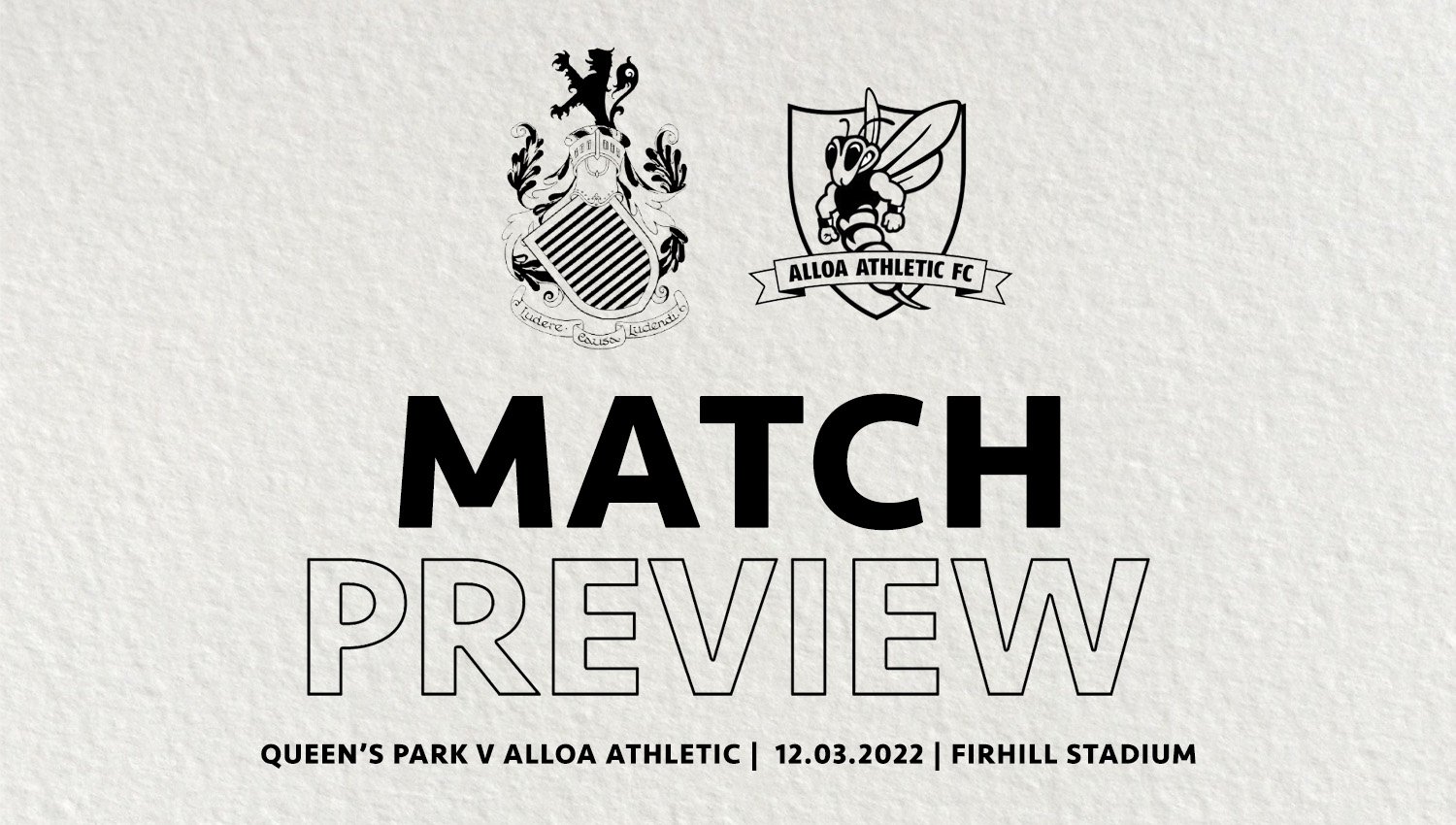 It’s the Spiders versus the Wasps at Firhill this afternoon as seventh place Alloa Athletic make the short trip to Glasgow. Queen’s go into the game looking to build on recent back to back victories over Peterhead and Dumbarton and with just eight games remaining, it’s an important three points up for grabs.

Ahead of the game the club media team spoke to Director of Football, Marijn Beuker, to get his thoughts. Marijn said: “We are very much looking forward to the game. The last match against Alloa was my first match as coach and at that stage we were at the beginning of the process of implement how we want to be playing. We felt we were unlucky that day but now feel that we are much further into that process and go into this game looking forward to showing what we are capable of.”

“It feels good to be going into the match with back to back wins behind us and that has been reward for the effort we have put in. From our perspective we shouldn’t be thinking about only taking confidence from a win because the confidence should mostly come from making steps in the process we are implementing with the players every week, and in being successful in that. That is the most important thing for us.”

“We obviously won last week’s match 3-0 but there were still aspects of the game we were not entirely satisfied with. We did not create as much of a threat as we could have, but this is the type of place we want to be in, in terms of winning games and still not being fully satisfied. We are always looking at where we can improve.”

“We have had a good week’s preparation for the game with a team made up of academy players and players that have not played much in recent weeks, facing Rangers in the Glasgow Cup. The result wasn’t what we wanted but there were positives to take from the game in that up until they scored, we looked the more dangerous side. We were also pleased to see players such as Jake Davidson and Max Gillies play, as well as Cameron Bruce, a 16-year-old, who done very well against some good players. We learn a lot from those matches. Whilst we obviously want to win the Glasgow Cup and we are pleased to be in the semi-finals, we know that League One is our priority.”

“We also had the good news this week that both Connor Smith and Cameron Bruce received call ups to the national team at their respective age levels, in particular that must be very pleasing for the players themselves. It is always good to have young promising players being appreciated at international level and even more so that they are getting this recognition with the club in League One.”

“Cameron Bruce is doing a fantastic job and whilst he is still young and has a lot to learn, when you are good enough you are old enough and we won’t hesitate to play him when we need to. In terms of Connor, we feel he has benefitted a lot from how we are wanting the team to play and he deserves this opportunity. It’s in their hands now.”

“For us, the most important thing is that people are starting to see that Queen’s Park is going to be one of the best places for a player to be at. We want this club to be a place where players think that they want to be here in order to help be the best player they can be. That is the goal that we all have and that we are all working hard to achieve.  Connor Smith and Cameron Bruce aren’t exceptions. This is a starting point and there will be plenty more to come from here.”

On the injury front Marijn said: “Over the last week we have a couple of players with small injuries, nothing serious, that they are working hard to overcome. Longer term injuries Grant Gillespie, Lee Kilday, Simon Murray, Stuart Morrison and Wullie Muir remain side-lined. We will also be without Jai Quitongo through injury but having said that we have strong squad with good enough players on the pitch and on the bench to get the result we want. These injuries present an opportunity for other players and we have full confidence in the squad.”

These are the only category of tickets on sale.

Supporters should be aware checks will be in place on the day to ensure the correct ticket classification has been purchased and identification will be required for entry with a concession ticket.

Club shop sale: If you’re heading to Firhill this afternoon make sure you visit the retail stand in the Jackie Husband Stand where all Admiral leisure wear items will be HALF PRICE.