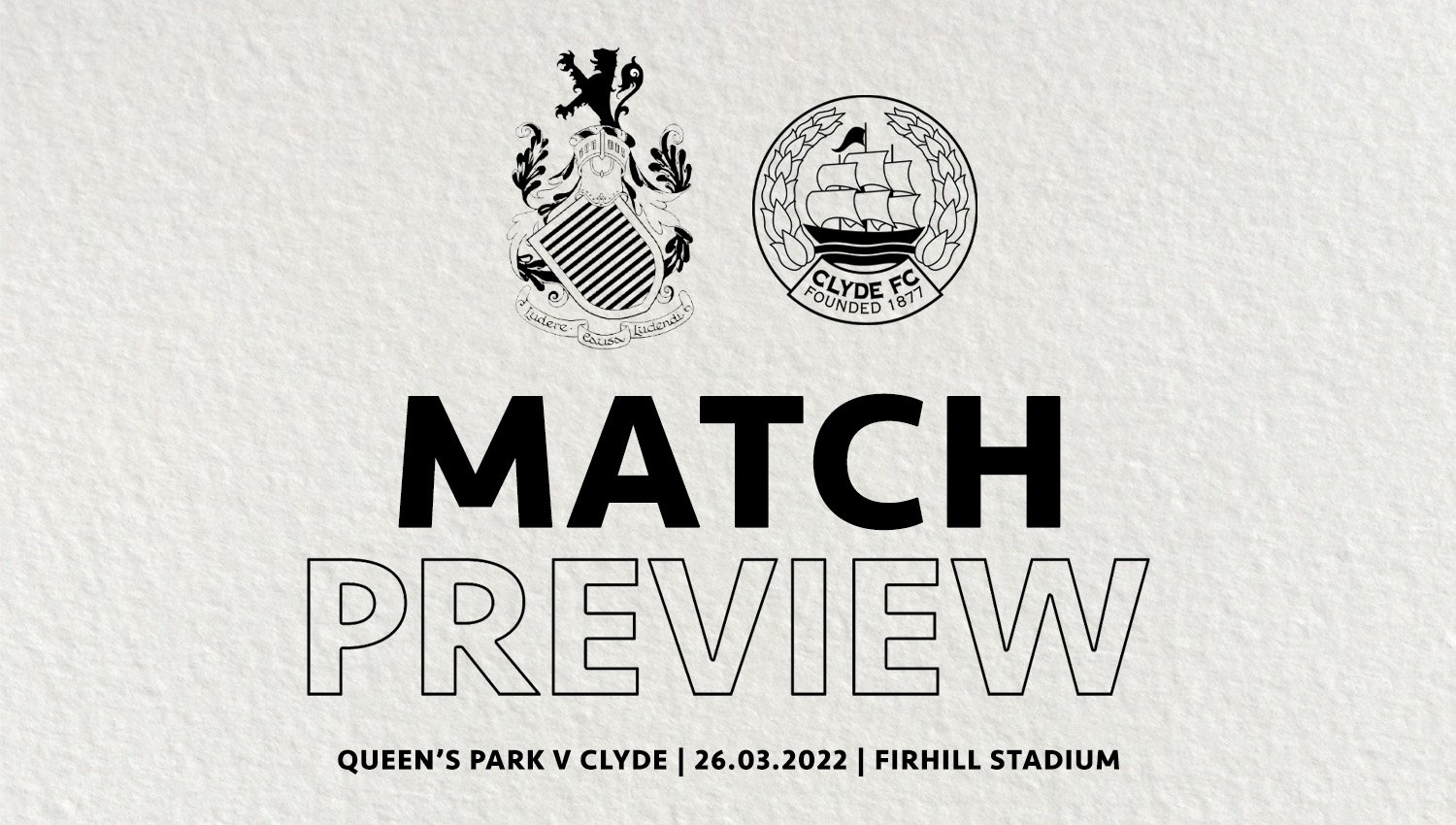 It’s derby day at Firhill as Clyde make the short journey down the M80 for what will be the final meeting of the sides this season. The Spiders go into the game in search of our first victory over The Bully Wee this season, with previous encounters having finished 0-0, 1-1 and 2-2.

Queen’s do however go into the game boosted by yesterday’s news that Owen Coyle has been confirmed as our new Head Coach, bringing to the club a wealth of experience from a career that has spanned 37 years as a player and manager. Although Owen officially won’t start until June 1, he will assisting with the preparation of the team over the remaining games of this campaign.

Ahead of the game the club media team spoke to First Team Coach, John Potter, to get his thoughts. John said: “It’s been a good week and it was good to have Owen confirmed yesterday as the new Head Coach. He has been in this week and will be assisting the preparation over the remaining games.”

“Our focus now is very much on Clyde and it’s one we are looking forward to. We were obviously very disappointed with last week, both with the performance and the result, which were not good enough.”

“We’ve had a good week’s training this week and had a chat over what we didn’t like about last week’s game. It’s important that we get a positive reaction to that, which was uncharacteristic of us, certainly in my short time at the club. There’s been times where we feel we have not always had the right result, but we have not played how we did at Airdrie”

“We are now fully focussed on putting in a good performance against Clyde, knowing that if we do that, we will give ourselves a good chance of winning the game.”

“We are aware this game has the added element of being a derby match and it goes without saying, we want to send the supporters home happy. They pay their hard-earned money and rightfully want to see us play good football and beat their rivals, and that’s ultimately what we want to achieve.”

“We know Clyde quite well with this being the fourth meeting of the teams this season and we have done our homework on them. We now need to remain focussed on approaching the game and focussing on what we do. If we can do that, we are confident we can get the result we want.”

On the squad front John confirmed that it will be similar group available for selection to which was available last Saturday, adding: “some of the those who have been out slightly longer term are edging closer to a return, which is positive news. Guys like Simon Murray, Lee Kilday and Stuart Morrison are not far away from a return and if they are not involved in the squad in some way tomorrow, we would hope they will be by next weekend.”

These are the only category of tickets on sale. Supporters should be aware checks will be in place on the day to ensure the correct ticket classification has been purchased and identification will be required for entry with a concession ticket.