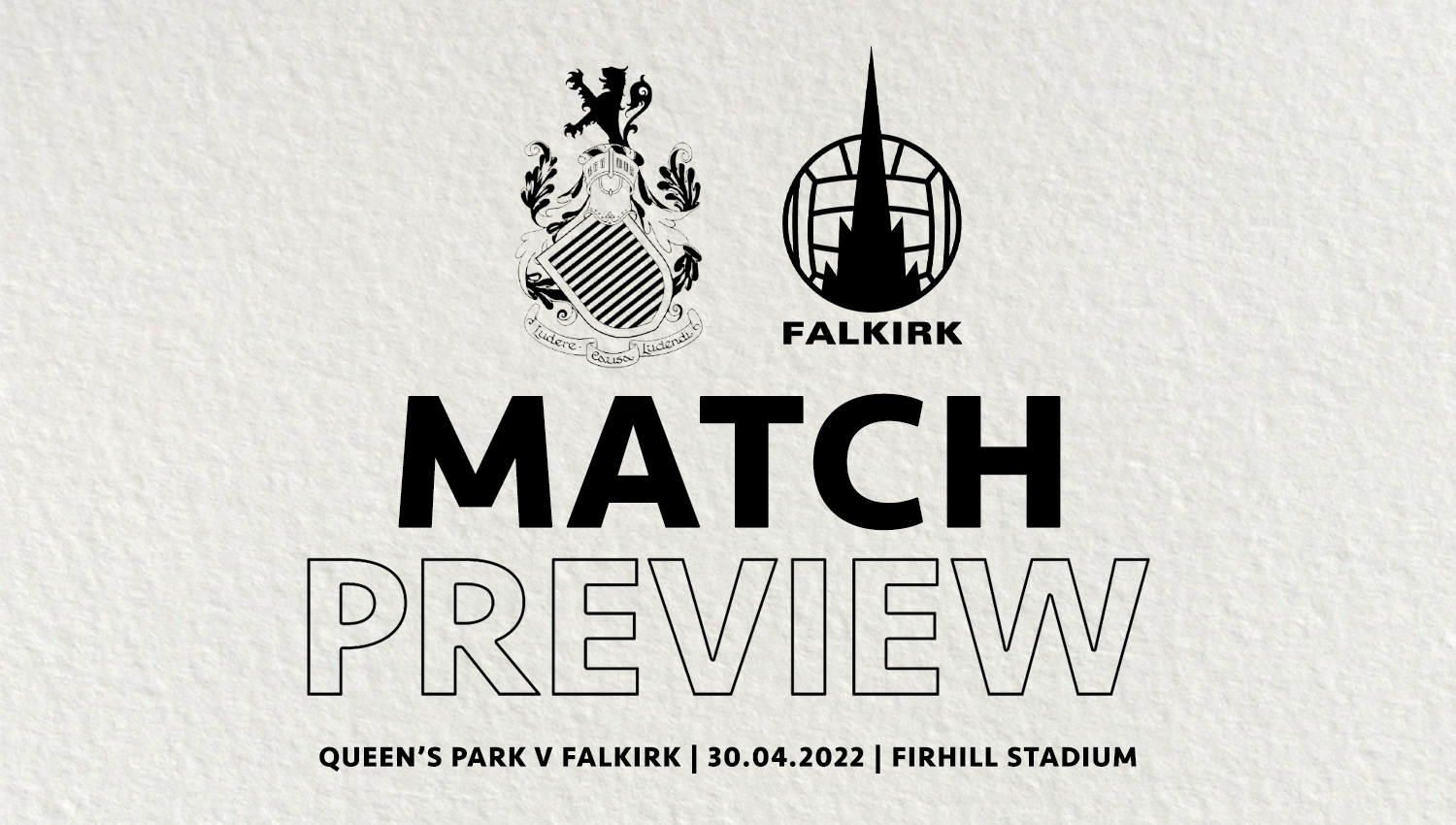 Falkirk are the visitors to Firhill this afternoon as we bring our cinch League One campaign to an end, with the play-offs just a matter of days away. While there’s nothing at stake in terms of league position for Queen’s, it’s a game that everyone will be looking for a win from as we look to go into Wednesday night’s first leg of the play-offs with some momentum behind us.

Ahead of the game the club media team spoke to First Team Coach, John Potter.

John said: “We’re looking forward to this one having achieved what we wanted to do in terms of giving ourselves that opportunity of gaining promotion. With the play-offs just days away this is an important game for us as we would like to go into the play-offs with some momentum.”

“It’s an opportunity to put the real disappointment from last week’s defeat at Montrose, behind us. We know last week just wasn’t good enough and we spoke about that straight after the game and on the Monday as well.”

“That said, at the same time, the game is also an opportunity for use to try one or two things as well as using it to get some minutes into players who need that. Ultimately though it’s a game that we want to win.”

“The reaction and application of the players this week has been really good and it’s been a great week’s training. The entire squad has been positive and trained very well and there is an excitement as we look forward to this game, and what lies beyond that.”

“The players know we have a real opportunity ahead and they know what’s at stake. It’s a close-knit squad who are all pulling in the same direction and want the same as the rest of us. We are in a position that we are in control of and we want to kick start this next week of games with a victory against Falkirk.”

On the squad front John commented: “We still have a few injuries to contend with the likes of Wullie Muir, Grant Gillespie and Lee Kilday remaining side-lined. On a more positive note we have Liam Brown and Lewis coming back into the mix at an important time for us. We will continue to assess them as they step up their respective returns but it’s been pleasing to have had them back involved with training.”

These are the only category of tickets on sale and supporters should be aware checks will be in place on the day to ensure the correct ticket classification has been purchased and identification will be required for entry with a concession ticket.

Home Supporters will occupy the Jackie Husband Stand with away supporters occupying sections 3, 4 and 5 of the John Lambie Stand

PLEASE NOTE THAT TICKETS MUST BE PURCHASED ONLINE.

If you can’t get to the game then why not watch the game live on your computer, tablet or mobile device. Livestream passes cost £15.
More information about buying a livestream pass can be found HERE.

Please note that we intend to run the live stream beyond the end of the game to allow anyone tuning in to watch our annual awards being handed out post match.

Our annual Committee and Supporters’ Association POTY awards will take place in front of the Jackie Husband Stand at 5pm.

The players will leave the pitch, after the game, and return along with all the backroom staff at 5pm.

After the presentations, Owen Coyle will give a  brief address to fans.

So please make your way to the front rows of the Jackie Husband Stand after then game to get a good view of the awards.