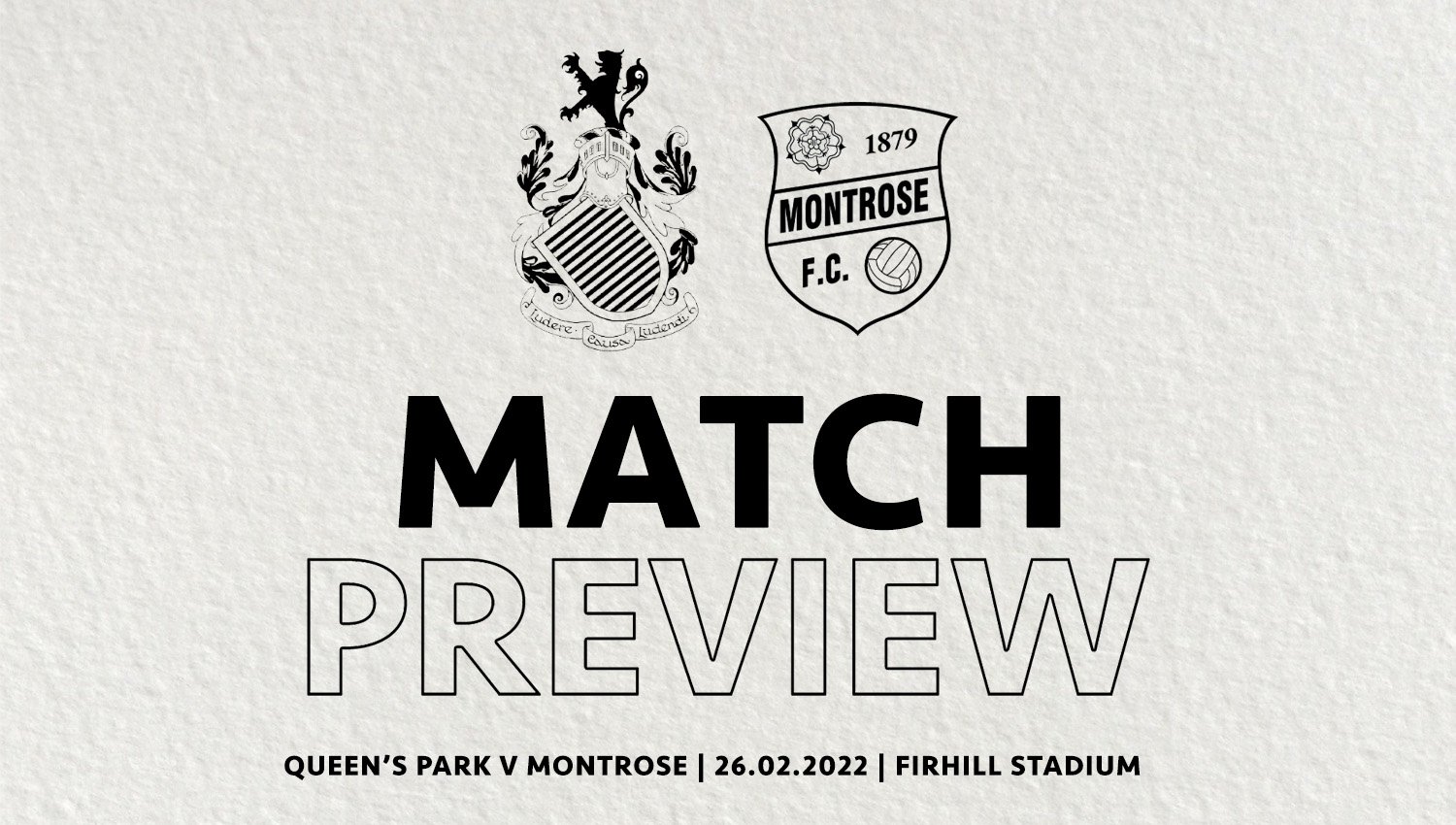 After two weeks on the road it’s a return to Firhill for the Spiders this afternoon as third place Montrose make the journey south. With little to separate the teams overall this season it’s likely to be another closely fought encounter as both teams go in search of an important three points.

Ahead of the game the club media team spoke to Director of Football, Marijn Beuker, to get his thoughts.

Marijn said: “We go into the game on the back of a good week in training and a good performance against Celtic B in the Glasgow Cup on Tuesday. The game was very useful for us to get minutes into some of the players such as Darren Lyon, who played his first game in some time, and Peter Grant who played the full 90 minutes. It was also important for players like Ronan Darcy and Luis Longstaff. From that perspective it was good.”

“We want to win this competition but we also have to balance that with the bigger picture in terms of using these games to ensure these guys, as well as the younger players, get the game time.

“Like every game we play though, we went into that game to win it. I think we surprised Celtic by how we outplayed them for the first hour of the match, before we started making substitutes, as we had planned to do. For the young boys that came in, it was a good lesson learned. I thought Cameron Bruce did a fantastic job.”

“The midweek matches are also important for the overall fitness levels of the squad as we look to get the players to a level of fitness where they can play two games a week, what I would call a European week.”

“Our thoughts are now focussed on the Montrose game. We still have lots we want to show, and we know we are much better than we have been showing over 90 minutes. We have been showing some good aspects to our play for parts of the game we all know there is plenty more to come from the squad. We are all eager to show that.”

“The staff and players alike have been frustrated that we have not been getting victories for the supporters that we feel we have deserved at times. We want to transfer that frustration into positive energy. We know that playing good is not enough to win a match and we are all very eager to take the steps we know we need to, in order to start winning games.”

“On the injury front we will again be without Bob McHugh but we are hopeful of him being able to re-join the squad for training in the coming days. The rest of the squad remains pretty much as is. Grant Gillespie is currently awaiting surgery on the injury that has ruled him out of recent games with other longer term injuries such as Simon Murray, Stuart Morrison and Wullie Muir looking to continue their progress back to fitness.”

Our digital match programme is available to read HERE.

These are the only category of tickets on sale. Supporters should be aware checks will be in place on the day to ensure the correct ticket classification has been purchased and identification will be required for entry with a concession ticket.