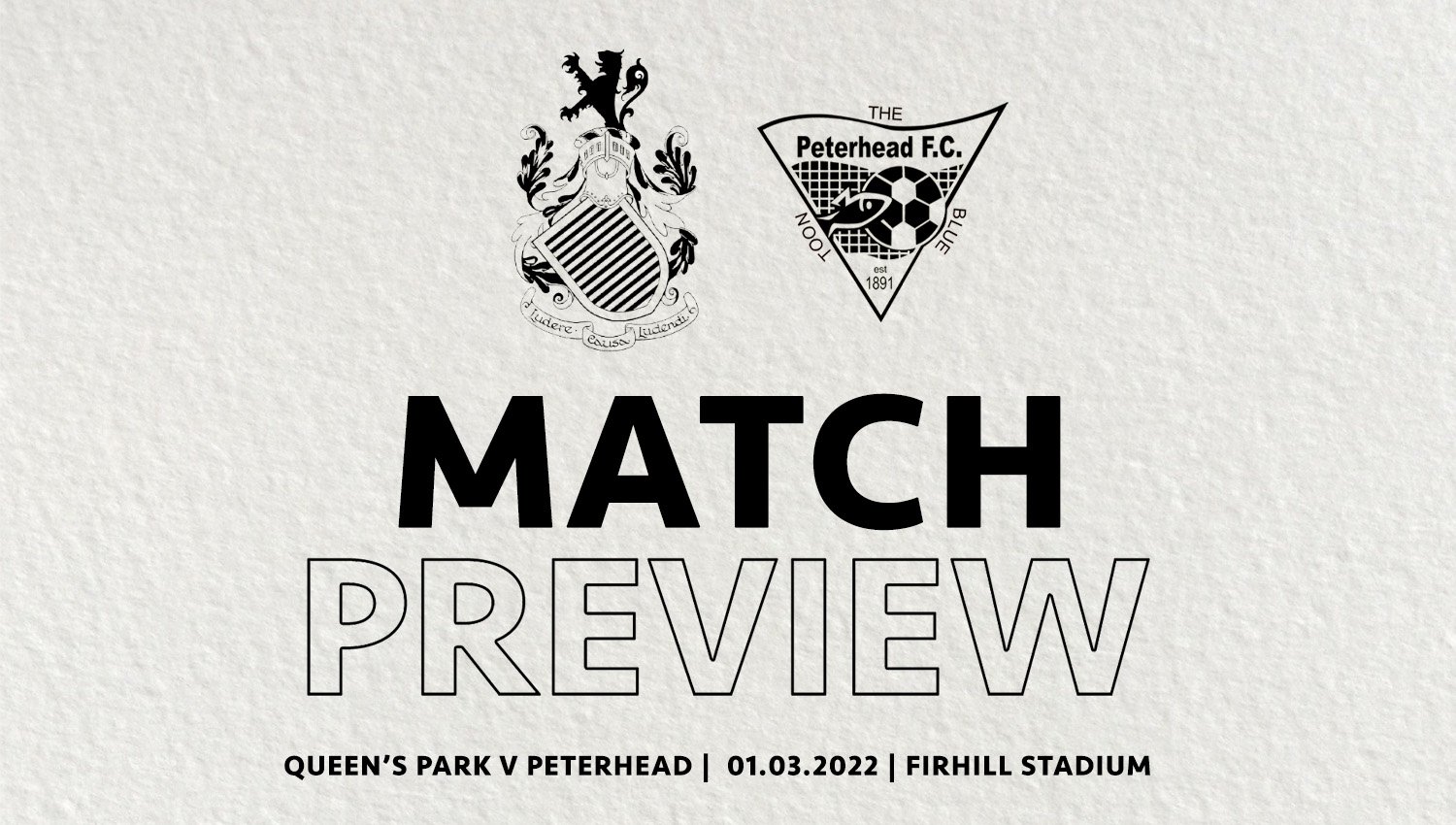 It’s a quick return to action on the back of Saturday’s defeat at home to Montorse, as Peterhead make the long journey down to Firhill this evening. Ahead of the game the club media team spoke to Director of Football, Marijn Beuker, to get his thoughts.

Marijn stated: “We are happy with the quick turnaround between Saturday and this match. After any defeat, you always want the opportunity to prove you are better than that, and that is the opportunity that this game gives us. Undoubtedly, we have something to prove because Saturday was one of the lowest performances that I have seen during my time at the club.”

“That said, seeing the statists from Saturday’s match, that would ordinarily be a game that we should have won. Ultimately Montrose took one of the few opportunities they created in the match and having done that they deserved the victory.”

“We have used Sunday and Monday to do plenty of analysis work but we know that the only way we can properly respond is to show the desire and go and take three points from this match.”

“We know we have a lot of quality but we also need to match that with a lot of desire and as much effort as possible to win games.”

“We know that the condition of the pitch at Firhill just now is not conducive to how we want to play but that is something that we are going to have to deal with, acknowledging that the football on offer might not be good to watch from a fans perspective because watching old school style long ball football is not enjoyable.”

“The onus is on us to change our strategy in order to cope with that situation though. The time for talking has been and gone and it’s now up to us to do our talking on the pitch. We feel like the story has been the same for a number of weeks now and although we are making steps for the longer term but ultimately the focus just now has to be on the next match and that focus needs to be on a victory against Peterhead.”

“We have ambitions of not only reaching the play-offs, but ensuring that we are competitive in them and while everyone is thinking it, the reaction has top be on the park and talking has to be done with our feet, starting now.”

“On the injury front there is not much change to the squad from Saturday. We obviously lost Lee Kilday in the first half, and we are pleased that his injury is not as bad as first feared. He is likely to be missing for the next couple of weeks, but we had feared it could have been worse.”

These are the only category of tickets on sale.

Supporters should be aware checks will be in place on the day to ensure the correct ticket classification has been purchased and identification will be required for entry with a concession ticket.

Our digital match programme is available to read HERE.