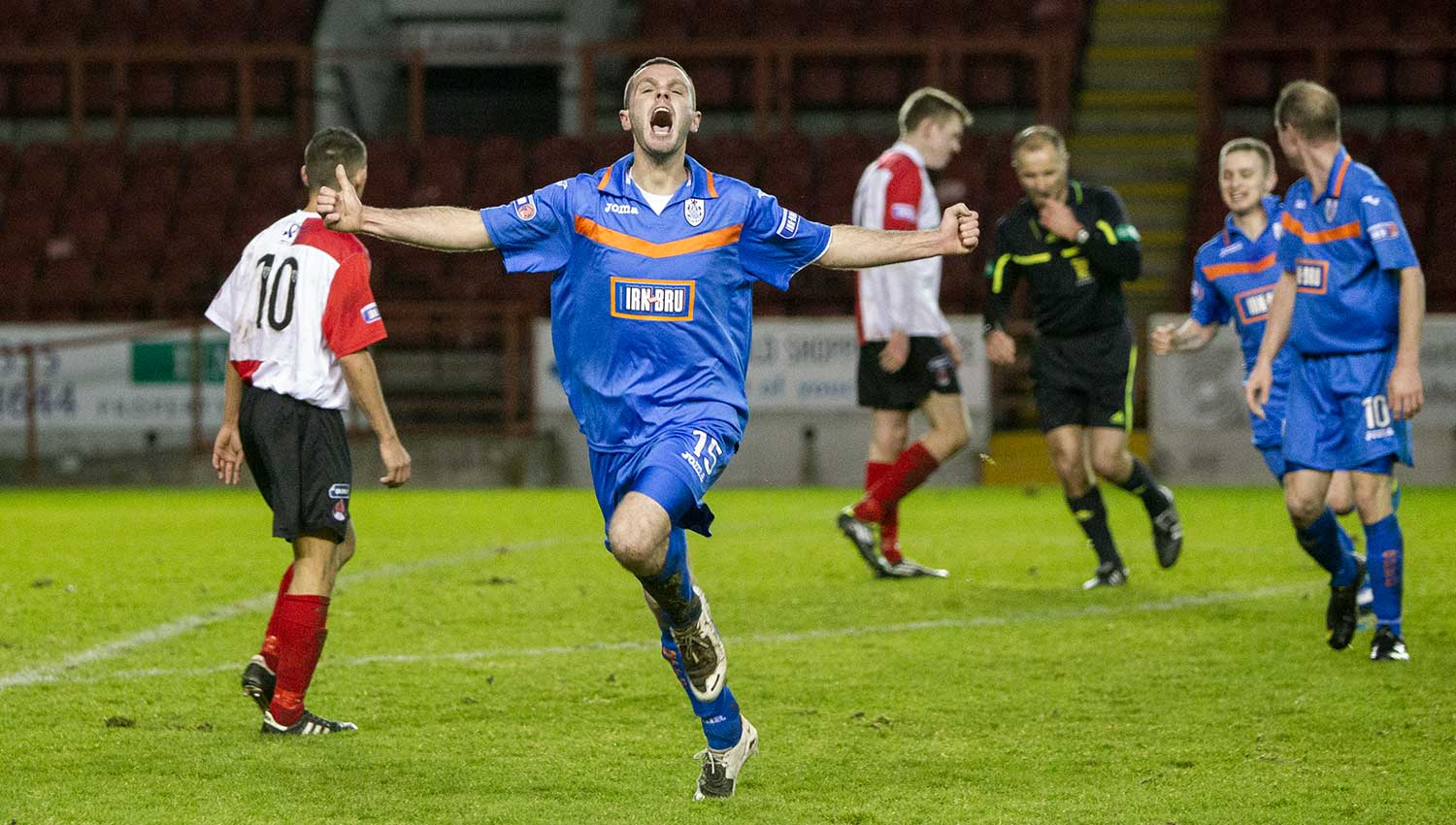 Michael Daly has played for both Queen’s Park and Clyde. He joined Queen’s in August 2009 and played 101 times for the Spiders in his three seasons at Hampden.

After leaving Queen’s, Michael first played with Annan Athletic before signing with Clyde in July 2013. He spent two seasons with The Bully Wee.

Michael, who is now a youth coach with Queen’s, has many great memories of these derby games and looks back with fondness on his time at playing with us.

He has many stories to tell, below are only a few:

In 2014 his daughter was born on the same Saturday that Michael was due to play for Clyde against Queen’s Park. He had to miss the game. Clyde lost the game, so Michael thought: “I’ve never playing in a losing side in the derby games”

Michael remembers scoring a couple of last-minute goals in these derby games. One game Michael remembers, in particular, was the 2012 New Year Derby at Broadwood, when he scored the winning goal very late on: “I remember the game well. I came on a sub and at that time my thinking was you need to make an impact when you come on. So, when I scored in the last minute, I thought I had done well. We were due to Motherwell in the Scottish Cup the next week, and I thought I was in with a chance of starting but I wasn’t picked.”

Michael remembers at the time: “We used to play them off the park. At that time, we were a good football side, who kept the ball for fun. We also got big crowds at these games, mostly over 1500 at the games.  So, there was always a great atmosphere.

“We always played these derbies with our chest out. Because we had a good team, and we were in form against them. We were beating them in every game, and we wanted to keep the run going. We had players like Barry Douglas, Martin McBride, Paul McGinn, Davie Anderson, Ricky Little, Jamie Brough, David Murray, Tony Quinn. Lots of personalities in that team.”

Michael scored a total of four goal in the seven games he played against Clyde. Not a bad average!

The manager at that time was Gardner Speirs, now our Head of Academy.

Gardner was in charge from January 2007 to December 2013. Gardner had great results against Clyde and, in particular, in seasons 11/12 and 12/13 Queen’s won every game.