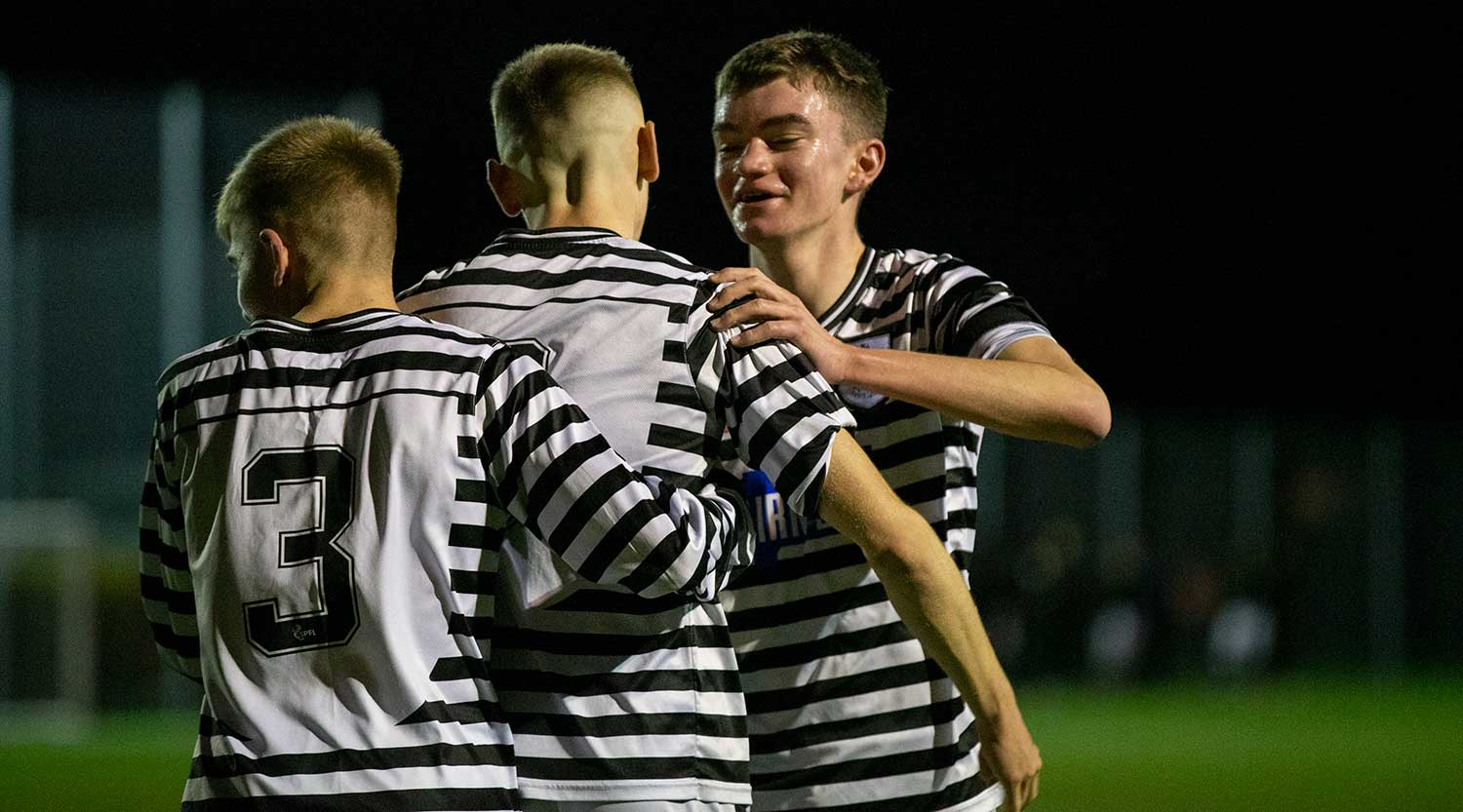 With the CAS Performance League not resuming until March, Queen's continue to test themselves against Elite level opposition.

Queen’s 18s made the trip to Motherwell on Friday night, in confident mood, on the back of good win away to Rangers last week.

Again coach Charley King made changes to the starting line up, most notably with starts coming for under 16 players Callan McKenna, Dom Brady and Liam McVey.

The young Spiders started brightly early on and managed to take the lead when a ball broke in the box for Liam McLeish to tap home from close range.

Motherwell then began to take control of the first half, with a lot of possession, without troubling the Queen’s defence. Queen’s looked dangerous on the counter.

Motherwell levelled early in the second half through the break of the ball from a corner landing at the striker’s feet, a few yards out to finish.

This seemed to spur Queen’s on as they now took control of the game and quickly regained the lead from a corner with the ball coming all the way through to the back post for Timam Scott to head home.

Again Motherwell bounced back and equalised with ten minutes to play with a lovely curled effort into the bottom corner from 25 yards.

Both teams then pushed for a winner and with the last attack of the game the young Spiders managed to grab and winner another excellent Liam McVey corner found Archie Graham with a bullet header to seal the victory.

Overall another good performance and result for the 18s who now travel to play Hearts next Friday.