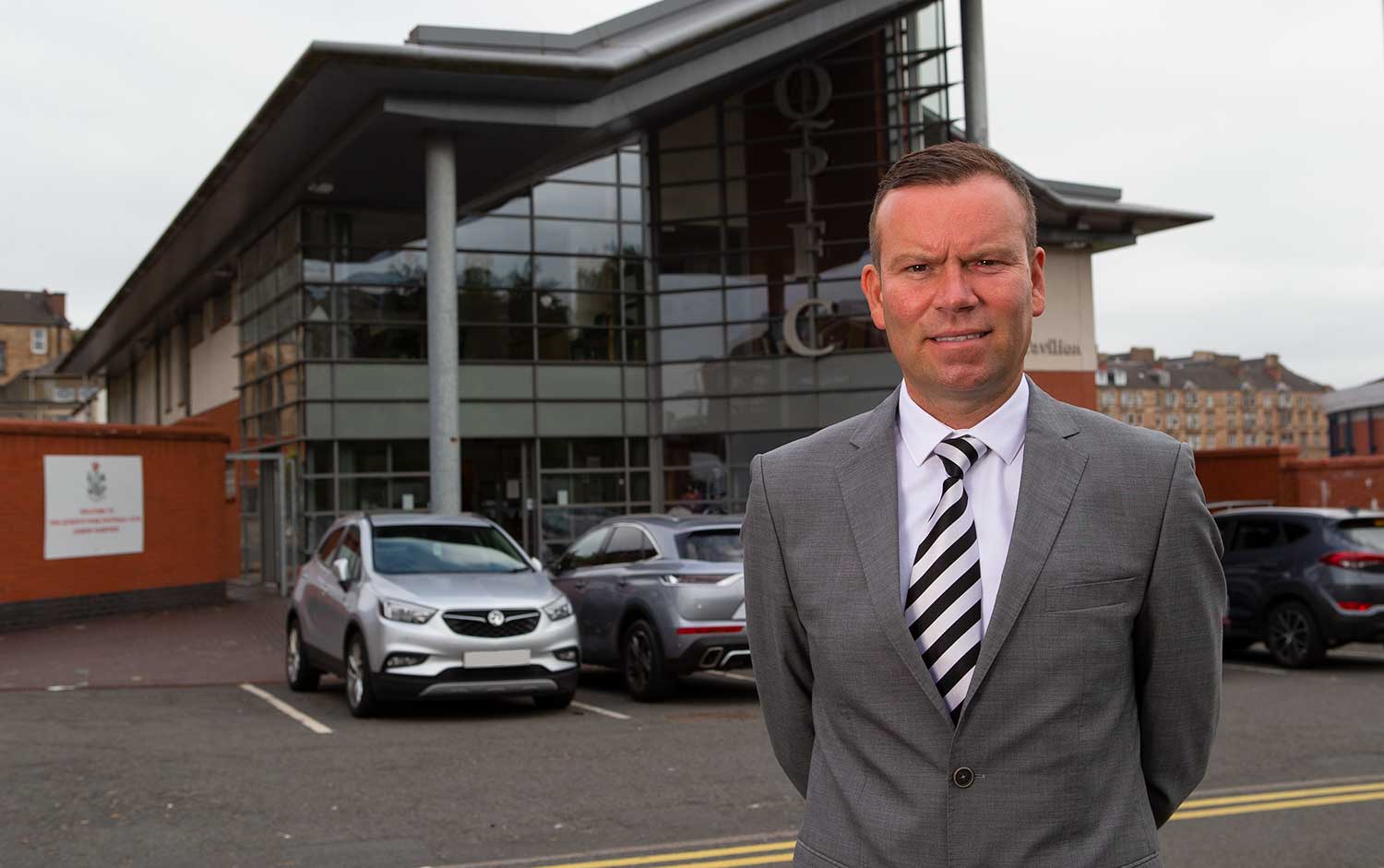 Kieran was previously the Commercial Director at Falkirk FC for 8 years and enjoyed great success rebuilding the commercial fortunes of the club.

He was also instrumental in creating various charity partnerships for Falkirk FC and launched numerous creative community initiatives which generated large scale national publicity for the club and their partners.

Commenting on the appointment, Queen’s Park Chief Executive Leeann Dempster said “Kieran brings with him a rich history and experience in the game having been at Falkirk for over 8 years, leading them in several senior roles from commercial to the board room.

“I’m delighted that Kieran has chosen to join us at this exciting time for the club”.

Kieran said “I am delighted to be joining Queen’s Park at a time when there are so many fantastic things happening, on and off the pitch. I am confident that I can add to this from a commercial and fan engagement perspective.

“I have been impressed with the club’s ambition and plans for the future and the intention for Queen’s Park to become a key community asset for Glasgow is a key motivator for me.

“I would like to thank everyone who has made me feel so welcome in my first few days at the club and I am looking forward to meeting members, supporters, commercial partners and everyone associated with the club in the weeks ahead”.