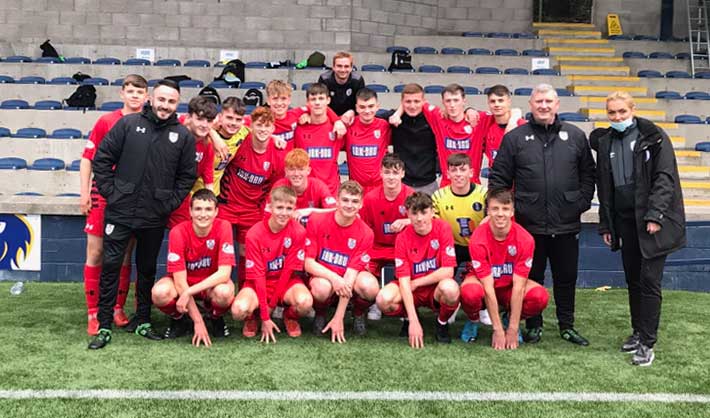 After a stop/start season due to COVID-19 our Under 18s have lifted the S.F.A. Under 18 Performance League title.

Queen’s won eight of of the nine matches and conceded only four goals during the campaign.

The stand out game was beating Inverness CT 2-0.  Up to that point Inverness CT had won all their games except one which they had drawn.  Queen’s had lost to Partick Thistle but won all the other games. So Inverness were a point ahead of Queen’s leading up to the game.

Below Charley King, the 18s coach, talks about the challenges and successes of the season.