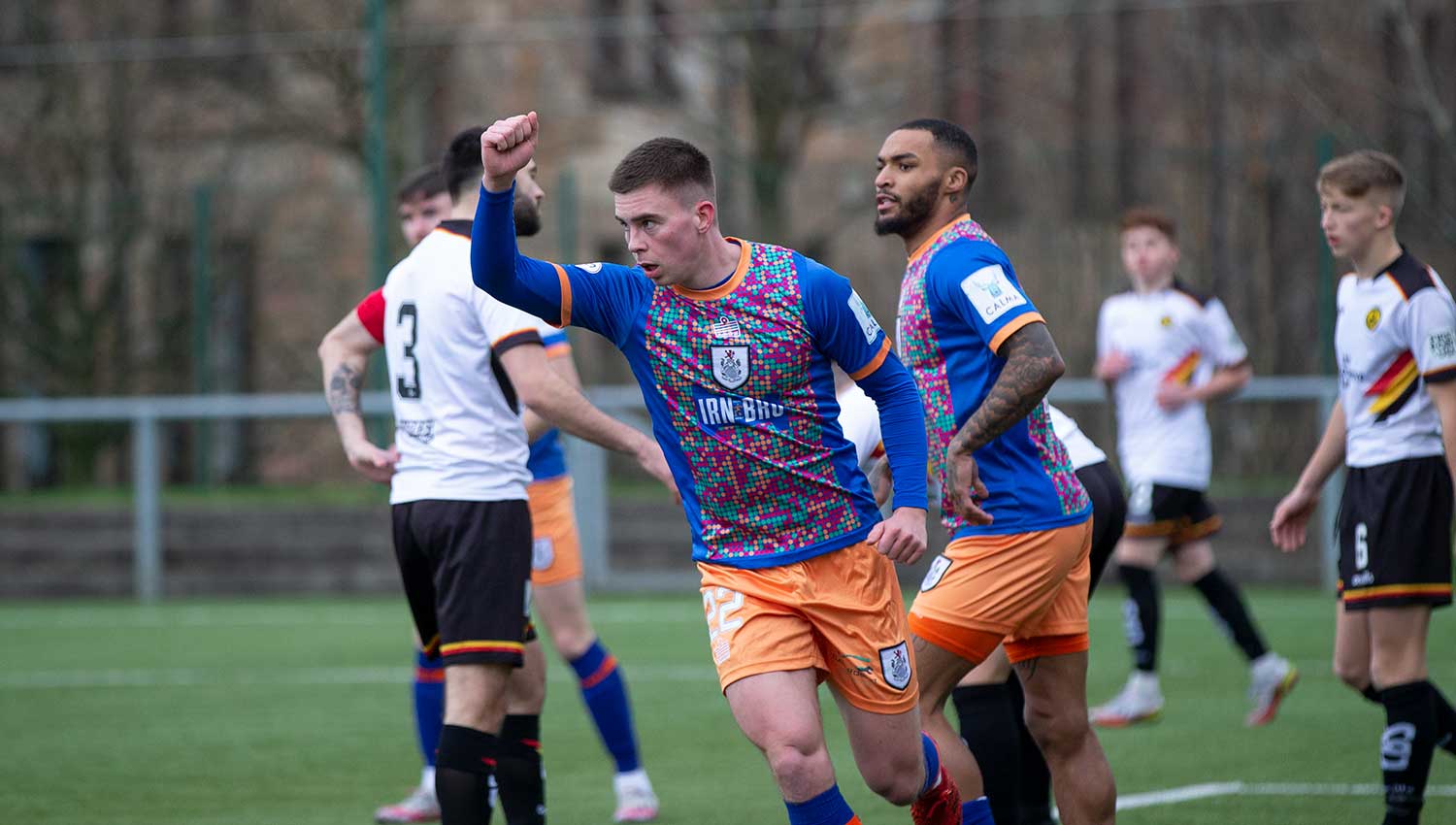 Goals, in each half, by Jack Thomson and Calum Bigger were enough for Queen's to get their Glasgow Cup campaign off to a winning start.

Amongst the players named by Caretaker boss Marijn Beuker, in the starting eleven, were Peter Grant and Jai Quitongo, both battling back to full fitness and our loaned-out players of Alex Bannon and Gregor Nicol.

This was Queen’s first appearance in this season’s Glasgow Cup. A competition competed for by Celtic Colts, Clyde, Partick Thistle, Queen’s Park and Rangers Colts.

Partick Thistle had already played one game a 3-0 defeat by Rangers on 14 December 2021 at the Rangers Training Centre.

Queen’s started the game on the offensive. Their first attack resulting in a corner. The ball was fired into the box and Peter Grant’s header was cleared off the line by the Thistle defence.

Connor Smith was getting a lot of success, running at pace, down the left wing. In the fifth minute, from one of his runs Queen’s were awarded a corner. Connor took the corner and fired the ball into a crowded Thistle box. Jack Thomson rose to head the ball home from seven yards out.

In the fourteenth minute Thistle equalised. Ross MacIver intercepted a slack pass in the Queen’s defence, drove into the penalty box and placed a low shot, past Jacques Heraghty, into the far corner of the net.

With 33 minutes on the clock, Connor Smith beat three defenders before firing off a superb shot which was equally well saved by the Thistle keeper.

Three minutes from half time, Callum Yeats found himself one on one with the keeper but a good block by the keeper denied Callum a goal.

In the final minute of the half, Gregor Nicol found a gap in the Thistle defence but was blocked before he could get his shot away.

Charlie Fox replaced Peter Grant at half time. A good 45 minutes for Peter.

Queen’s started the second half with a strong wind behind them.

In the 53rd minute Queen’s had their first chance of the second half. A long diagonal ball over the Thistle defence saw Jai Quitongo in the clear. His hurried shot cleared the bar.

A minute later Queen’s took the lead once again. Good play down the left resulted in Alex Bannon firing in a ball to Calum Biggar who toe-pocked the ball past the keeper into the net from 3 three yards out.

Immediately after that goal Jai Quitoingo was replaced by Luis Longstaff.

In the 64th minute Luis Longstaff beat his defender then fired off a great shot only to see the ball saved by the keeper.

Four minutes later Queen’s made a double substitution. Smith and Biggar replaced by Lucas McCormick and Andrew Lind from our 18s.

In the 78th minute Queen’s created another chance. Gregor Nicol played a great ball into the Thistle six yard box but it was just too far in front of the advancing Luis Longstaff.

In the 83rd minute Thistle struck the post. Slack play in the Queen’s defence allowed Billy Owens in but his shot struck the far past and was cleared.

The City of Glasgow Cup - Table

The City of Glasgow Cup - Fixtures