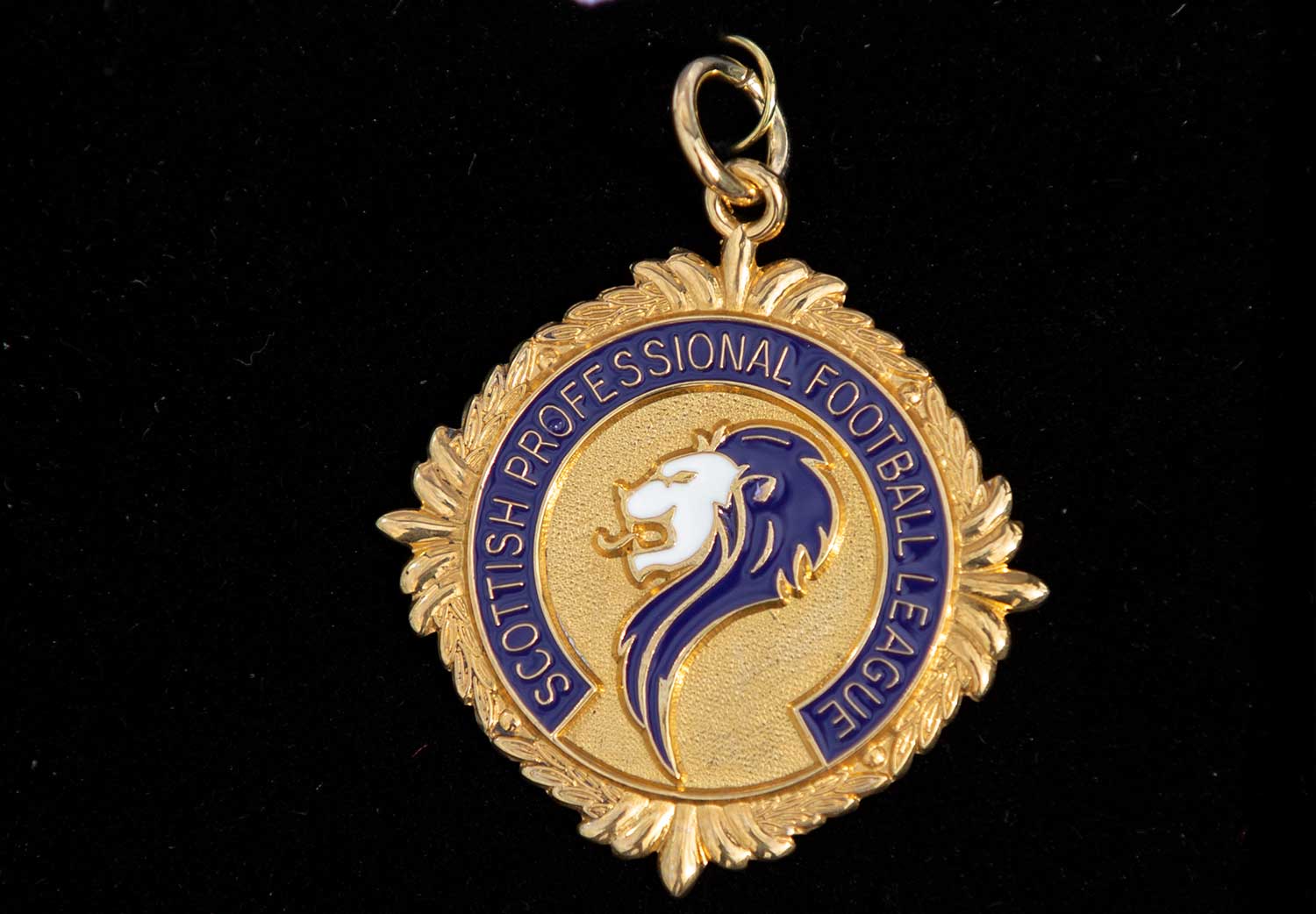 Players get their medals

This morning, the players who helped us win the Scottish League 2 last season were presented with their official SPFL Winners medals by club President David Hunter.

The medals, specially commissioned by the SPFL, were delayed due to COVID.

Former player Craig Slater, who was coincidently was Lochinch undertaking a SFA course at the time, also received his medal at this morning. Peter Grant will receive his medal before the Dumbarton game on Saturday.

The remaining players who are no longer with the club can expect to receive their medals in the near future.