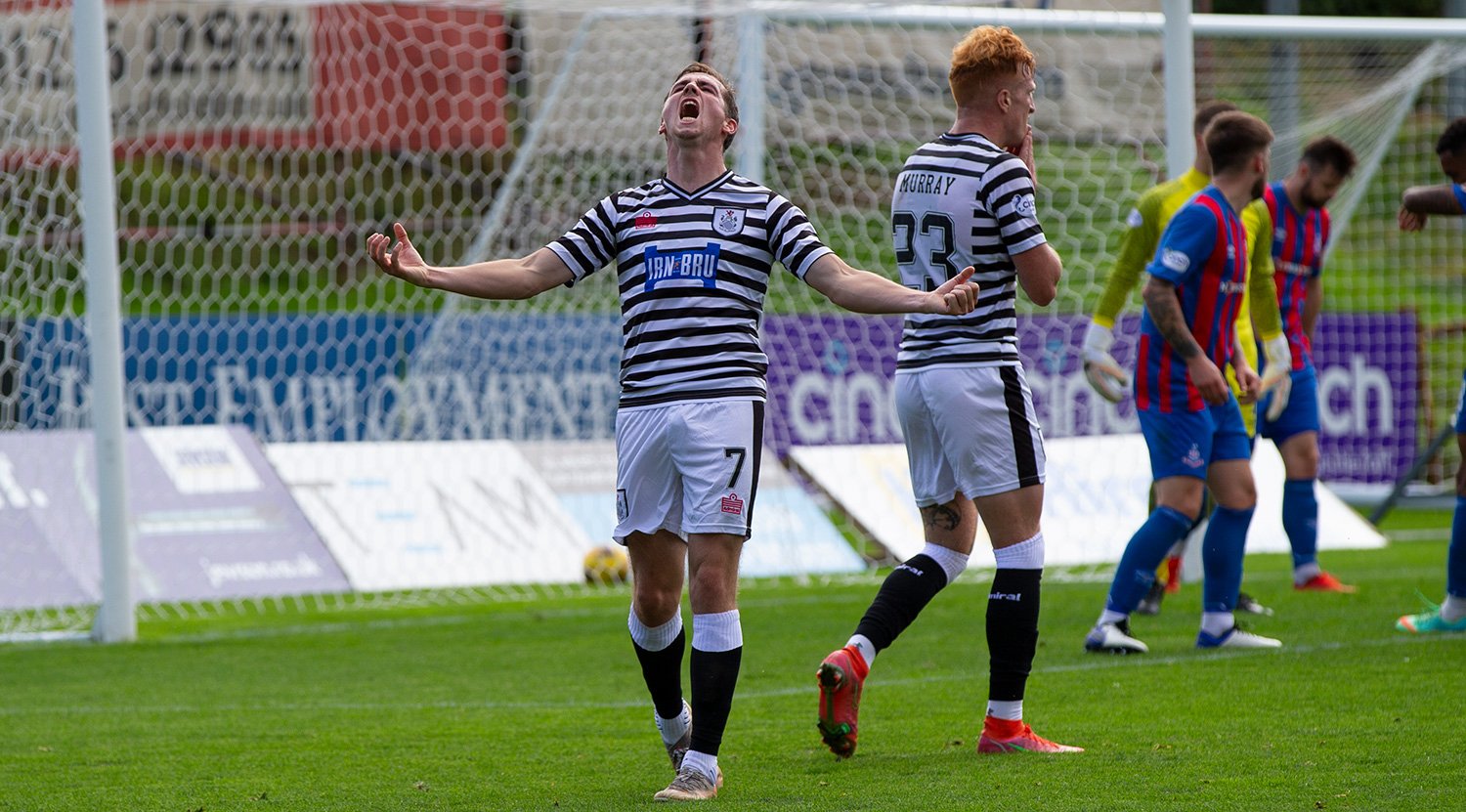 It was only last week that these two teams met – obviously, the teams that were on the pitch that night are different from the ones we saw today. This was in part due to Ellis shuffling the pack for a cup game and Airdrieonians suffering from a COVID-19 outbreak a few weeks prior.

Airdrieonians always represent tough opposition for the Spiders and today would be no different.

The question on everyone’s lips today would be – Will Queen’s Park fall to the curse of the Manager of the Month award? It’s not for me to say whether a goalless 0-0 against playoff hopefuls Airdrieonians is a bad result or not. Maybe, this shows how far we’ve come in the last two years.

Today we saw six changes for the Spiders as Muir, Robson, Thomson, Longridge and Murray all back into the starting eleven. The visitors followed suit by making 5 changes from last Friday’s cup match.

The first opportunity of the game came from a Murray freekick – he seems to have a knack of hitting the back of the net lately – but this time it was easily saved by Currie.

Quickly after, Robson bombed down the wing and after a poor clearance from the Airdrieonians defence, Longridge had a shot that went wide. Queen’s were at it again and after a great bit of build-up play and a beautiful ball by Longridge, Moore was clear on goal – but his shot was over the bar.

The first “Hold your breath” moment came as Watson crossed the ball into the QP box and a sliced clearance meant Muir had to jump onto it quickly.

Some more great passing from Queen’s Park led to Longridge at the edge of the box but like most of our early shots, it was well over the bar and into the scaffolding behind the goal.

On the 29th minute, Kilday went down to the ground for the second time in the match and was replaced at centre half by Charlie Fox. A disappointing injury as Kilday has only recently come back into the matchday squad.

The first real chance of the game came through great play by Brown and Murray. Simon takes a quick thrown in and Brown manages a backheel under pressure from the opposition defence, the ball lands to Murray who hits a curling shot and Currie must make an amazing save to keep the game goalless.

The visitors managed to get their first real chance before the end of the first half as Gabby McGill stormed forward on the right, passes it to Frizzel but thankfully it was just right of Muir’s post.

The first half resulted in an even affair with QP passing the ball around nicely but just unable to get the ball into the net.

The second half started similarly to the first with a bit of back and forth. First, Calum Gallagher heads just over for Airdrie after a cross is delivered into the box. Straight up the other end – Simon Murray does fantastically well driving into the box but his shot goes out for a corner.

Frustration seemed to settle in for both teams as they both battled through the middle part of the second half searching for the opening goal but to no prevail.

The search for an opening goal led to Airdrieonians McCabe trying with a free-kick from his own half after spotting Muir off his line – thankfully it went wide.

On the 63rd minute, Lewis Moore was replaced by the Liverpool Loanee Luis Longstaff – the young man would have just under half an hour to make a difference for the Spiders. In the 77th minute, our other young loanee Connor Smith would enter the fray, replacing Liam Brown.

Sadly, our two young starlets couldn’t bring that bit of magic that would bring a goal as the game started to hurtle towards a goalless draw.

Our last chance of the game would come as Robson crossed in the ball, but Murray’s pass couldn’t reach Grant Gillespie and it was easily cleared.

The game would end 0-0 and would be the third ‘draw’ between the sides. A frustrating afternoon for the Spiders but games elsewhere went our way, and we remain top of the table.

Next up is a trip to Cumbernauld and a game against Clyde – here’s hoping we see some goals!