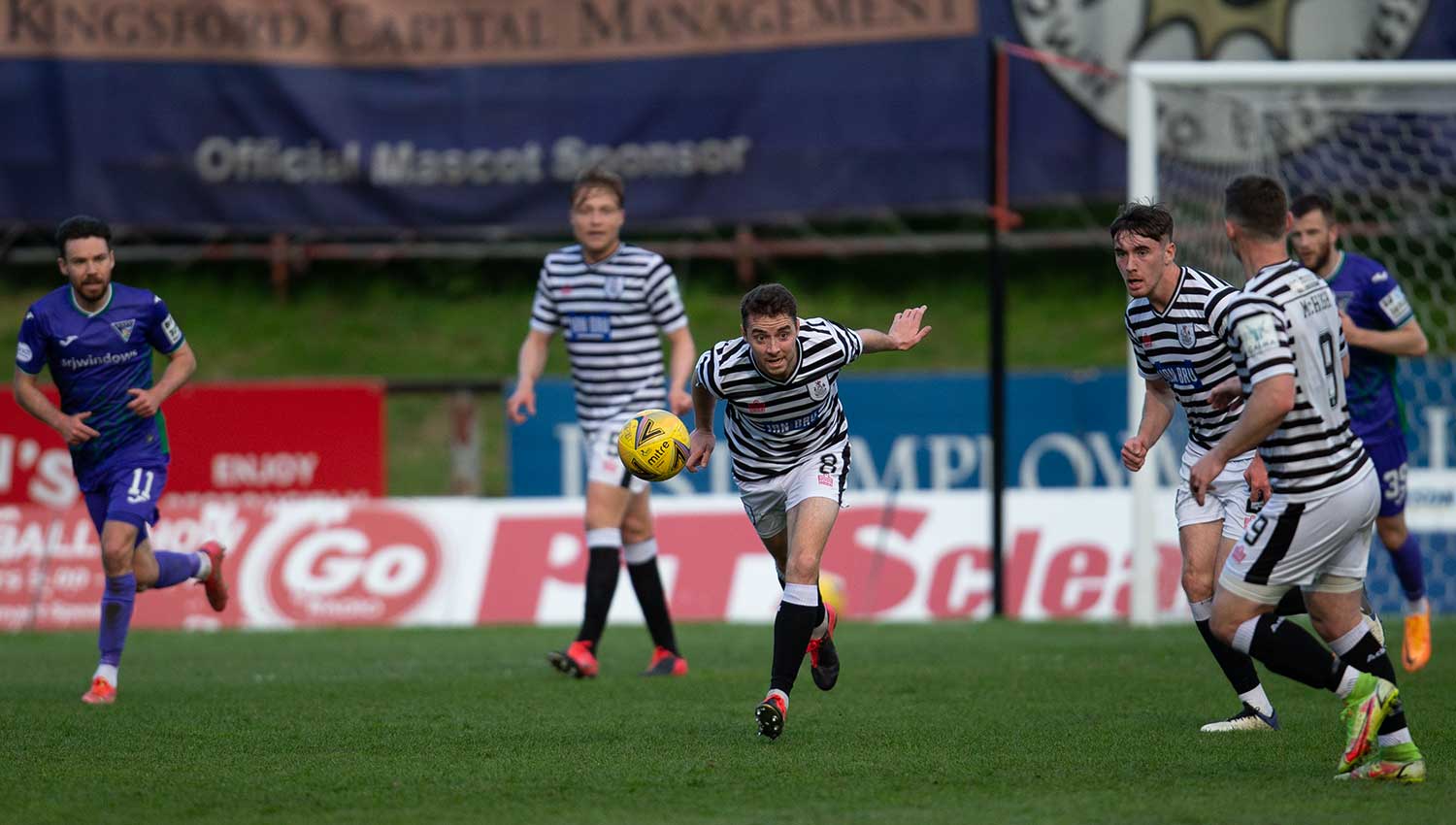 Queen’s made two changes for the Cinch Championship play off semi-final first leg against Dunfermline Athletic. Out went Luca Connell and Jai Quitongo to be replaced by returning captain Michael Doyle and Connor Smith.

The first half chance of the game fell to the visitors on the 18th minute. Steven Lawless did well to dig out a cross to the back post where Matty Todd knocked it down to Kevin O’Hara. A terrific block inside the six-yard-box from Peter Grant prevented the visitors taking the lead.

A cagey affair in the first half with very few chances given up by either side in this must win game in the fight for a place in the Championship. The Spiders started well but as the half wore on the Pars gained more control and a greater share of possession.

Queen’s first half chance of the game, and first shot on target, came just 5 minutes into the second half courtesy of Jake Davidson. He did brilliantly to initially intercept the ball before driving at the Dunfermline defence. He unleashed an effort on goal, however, it was comfortably saved by visiting keeper Jakub Stolarczyk.

Calum Ferrie was forced into a terrific save from Kevin O’Hara on the 67th minute. After a driving run from the lively Lawless, Ferrie parried the ball into the six-yard box, but recently crowned Player of the Year Charlie Fox was on hand to clear.

A double substitution was made by Queen’s with just shy of 20 minutes left as Jack Thomson and Jai Quitongo replaced Liam Brown and Louis Longridge.

With 10 minutes left to play Queen’s replaced the industrious Bob McHugh with Simon Murray. The Spiders were hoping to use Murray’s lightning pace in behind and nick the winner in this cagey affair.

A brilliant defensive block from captain Michael Doyle kept the scores level with less than 5 minutes to play. It was good initial play by Dunfermline as Liam Polworth escaped his marker in behind and cut the ball back to veteran captain Graham Dorrans who slipped and scuffed his effort.

A battling performance from the Spiders as a closely fought encounter ended goalless at Firhill. Both teams will fancy their chances going into the second leg on Saturday at East End Park.

A big thanks to Queen’s fans, and those visiting from Fife, who made up a respectable crowd of 1,403.