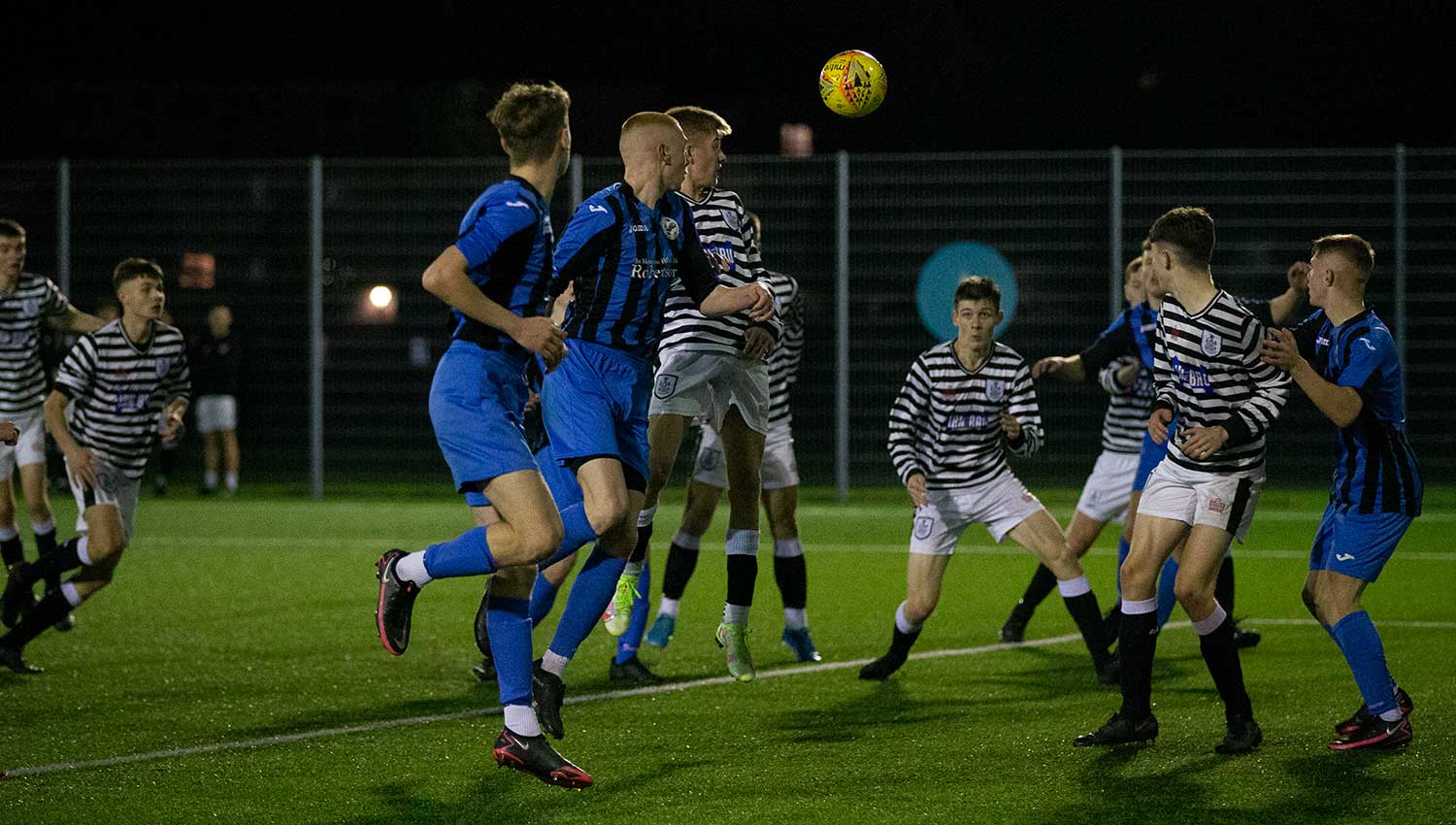 A converted penalty early in the second half was enough for Fife Elite to take all three points in a hard fought match last night at Toryglen.

Queen’s had numerous chances, including a penalty in the 3rd minute of the game, to take the lead, but couldn’t find a way through the resolute Fife defence.

After a day of heavy rain the heavens relented, and the evening in Glasgow was perfect conditions for football.

The game started in an explosive fashion when Josh Howie was brought down inside the box by the Fife keeper. The referee pointed to the penalty spot. Lewis Reid stepped only to miss the target.

Although Fife Elite started strongly, it was Queen’s who dominated the rest of the first half. They controlled play and began to find spaces in the Fife defence. Timam Scott had a great run, cutting through defenders only for his shot to be blocked for a corner. Lucas McCormick also had a chance, but was closed down by the advancing Fife keeper.

Queen’s continued to press, only to be restricted to shots from outside the box.

Two minutes into the second half, a clumsy tackle in the Queen’s box resulted in a penalty for Fife Elite. Their number 7 stepped up and sent Liam Russell the wrong way. 1-0 to Fife.

The young Spiders attempted to get back into the game. They pressed the Fife team back into their half, but couldn’t find the gaps. They had a number of chances inside the Fife six yard box, but rushed at things and lacked finesse to convert.

As the game moved into the final minutes Queen’s pushed and pushed, however the Fife defence was well organised and held firm.