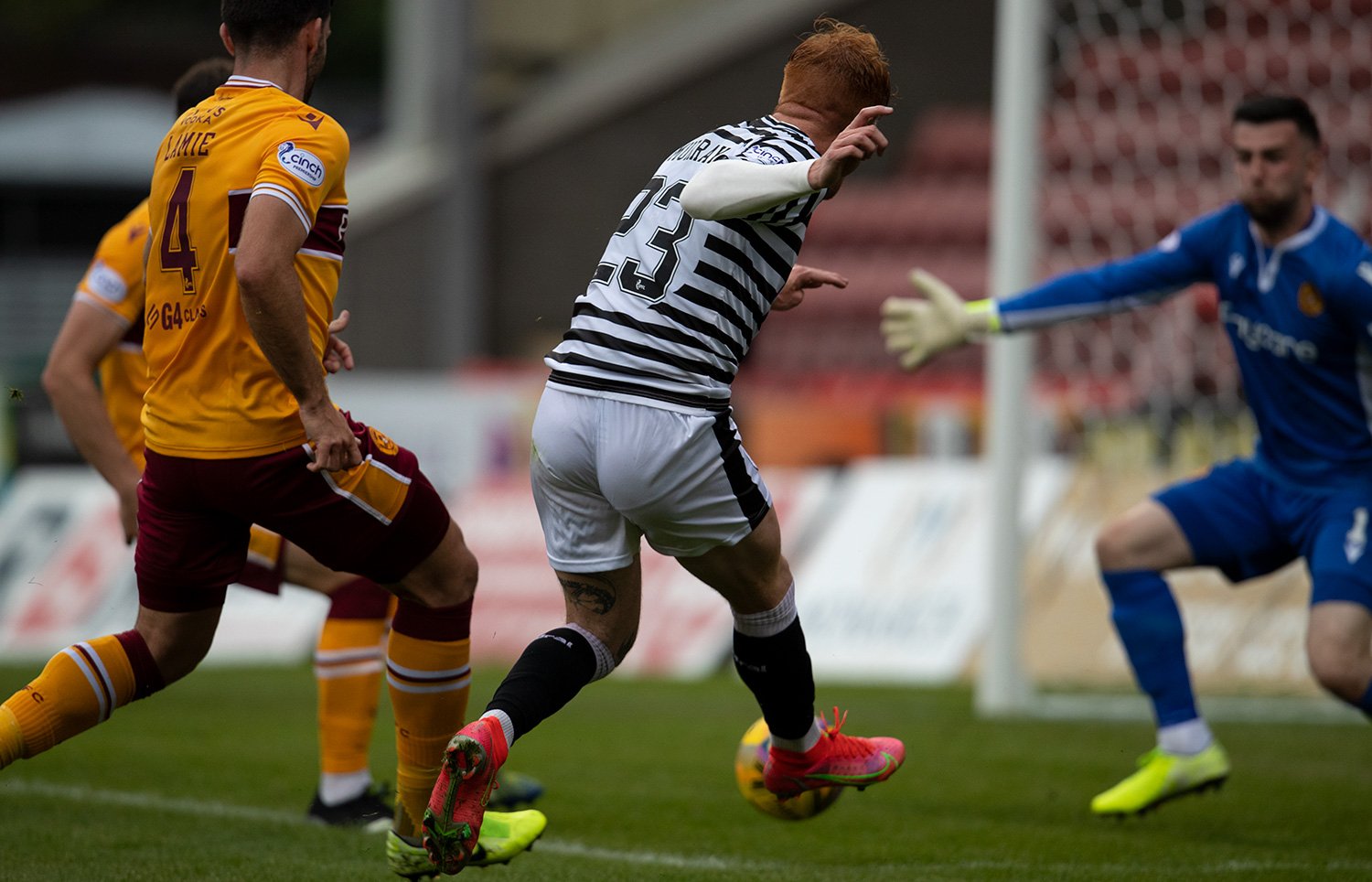 The Spiders were left to rue missed chances as a first-half strike from Steven Lawless was enough to give Motherwell all three points at Firhill.

Laurie Ellis made one change to the side that grabbed that opening win away at Queen of the South on Saturday as Simon Murray made a welcome return to the staring XI replacing Will Bayham.

In their first competitive fixture of the season, Motherwell handed debuts to Darragh O’Connor and Kaiyne Woolery with Stephen O’Donnell returning from international duty to captain the Premiership side.

Queen’s adopted home of Firhill played host to this Premier Sports Cup tie with the first real bit of action coming at Liam Kelly’s goal in the opening minutes.

Rickie Lamie sold his ‘keeper short with a back-pass after good pressure from Murray with Kelly forced to deny the striker’s effort on the angle with his legs.

With around a quarter-of-an-hour gone, the opener came against the run of play as Steven Lawless put his side one up.

A thumping effort from Barry Maguire was initially well saved by Wullie Muir but the ball was well worked in the box to set up Lawless, who’s low effort rolled in off the post as Jake Davidson couldn’t stop it on the goal-line.

Murray was once again a real pest for the ‘Well backline as he forced an error between Kelly and his back four before the ball was eventually stabbed clear.

The Motherwell ‘keeper was tested on the half-hour as Tommy Robson lined up a stinging effort from range that took two attempts to gather.

A minute later, it was so nearly one better as a slipped ball down the side put in Murray before the frontman cut in on his right to open up the goal but his strike was deflected just wide.

Liam Brown was really beginning to stand-out in the pockets of space between the lines and once again found that run in behind from Murray for a great chance on the right side of the area but Kelly was equal to the finish.

Simon Murray was causing havoc in the Motherwell defence as Queen’s finished the half miles on top.

The striker picked up a loose ball, took on Jake Carroll before his driven cross right across the face saw O’Connor inches away from turning into his own net but instead it was just a corner.

The hosts began the second period with the same control of the game as they had before the break.

Another big opportunity came the way of Murray ten minutes into the half as Brown intercepted the ball in midfield, nicked it past Lamie brilliantly before setting up his teammate just inside the area but again Kelly was there to save the curling effort back across goal.

Callum Biggar was next to have an effort on goal from Lewis Moore’s cross but his side-foot volley sailed over.

The returning Murray lasted until the 72nd minute mark as he was replaced by Gregor Nicol to applause from the home fans after an encouraging performance.

Chances were few and far between for Graham Alexander’s side but Tony Watt nearly doubled their lead as he was played in on goal but the shot was straight at Muir.

Not long later, Maguire gathered the ball on the edge of the box before striking just wide of the post as the Spiders remained within a goal heading into the final 10 minutes.

Queen’s did their best to push forward in dying embers of the match in search of an equaliser but to no avail.

The Spiders boss will no doubt be impressed with his team’s performance against strong opposition but will ultimately look back with regret at the number of chances that were passed up, especially before half-time.

Saturday against Airdrieonians awaits for the team who will look to carry on from where they left off from this game and return to winning ways in the cup against their fellow league one opponents.