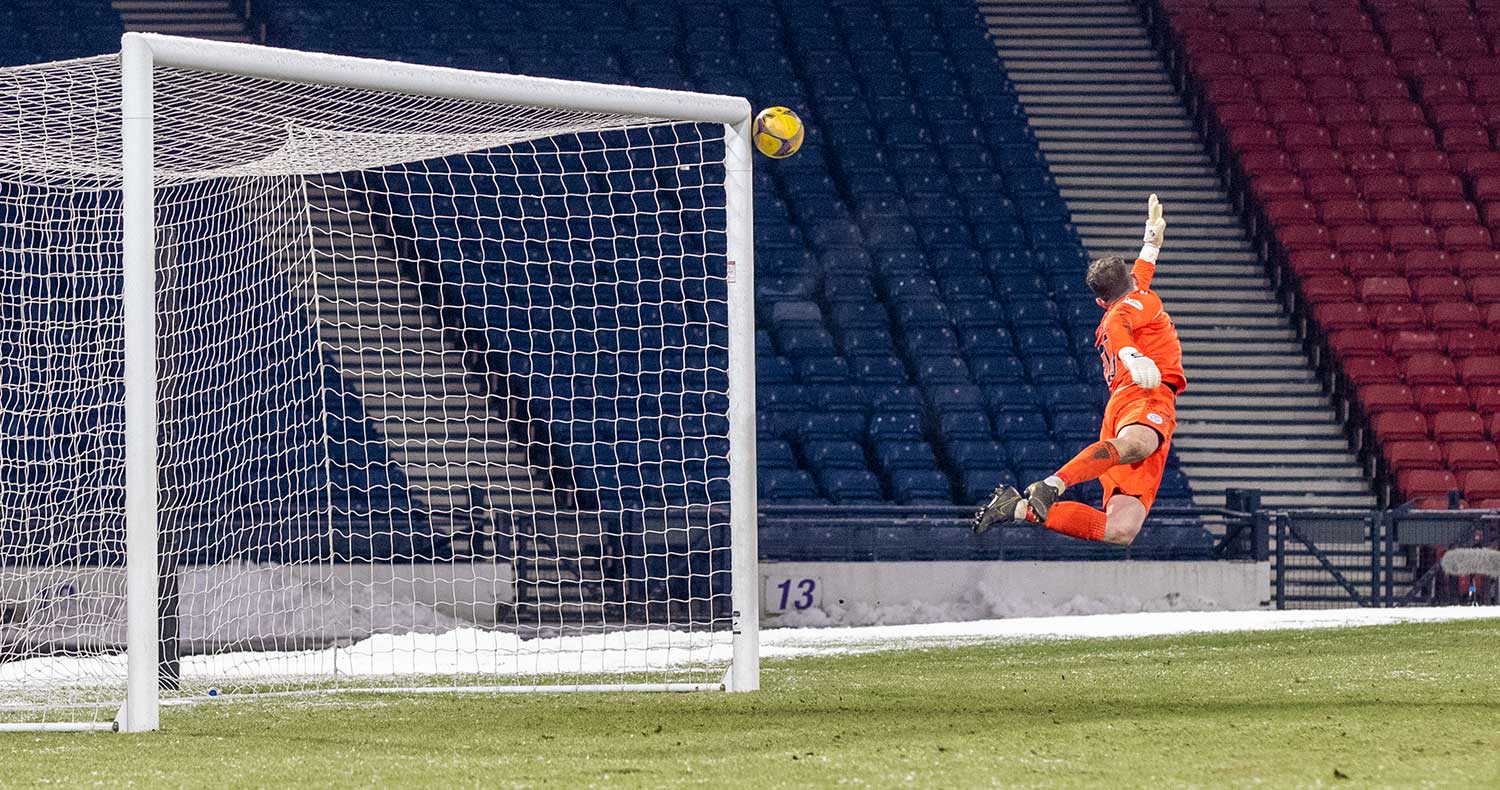 Queen’s Park 0 Queen of the South 3

QUEEN’S PARK are out of the Scottish Cup after a disappointing defeat to Queen of the South at Hampden.

The Championship side were the better team throughout and secured their place in the third round draw with a 3-0 win over the Spiders.

Goals from Willie Gibson, Aidan Fitzpatrick and Connor Shields secured a comfortable victory for the visitors – who completed a cup double over Ray McKinnon’s men having defeated the League Two leaders in the Betfred Cup earlier this season.

It was a freezing cold night at the national stadium with the temperatures plummeting to around -6 as both sides tried to find that early spark and take control of the game.

But it was an even first half with neither Willie Muir nor Rohan Ferguson tested in the early exchanges.

Spiders No1 Muir was forced into an easy save on the half hour from Fitzpatrick as the two teams battled it out mainly in the midfield for the opening 45 minutes.

The game looked to be heading into the interval level but Allan Johnston’s men edged in front with a stunning goal – but one the hosts will be disappointed to concede.

Shields’ cross was cleared by Tommy Robson, but only as far as Gibson and the veteran had time to take a touch and set himself before unleashing a superb low drive from 35-yards into the bottom right corner.

Muir was left helpless and you could see the real lift the goal gave the Championship side heading into the break.

The second-half – much like the first – was flat from Queen’s Park and they were unable to really get started with the visitors looking the most dangerous and it was poor defending that presented them with a second goal of the contest.

A flick on in midfield found Shields and his cross to the back post was met by Fitzpatrick, who steered the ball across Muir and into the net.

Two minutes later the goalscorer was close to adding to his tally but his strike from the edge of the box sailed over the bar.

The Spiders’ first real chance of the game arrived with 20 minutes remaining after Bob McHugh found sub David Galt at the back post with a dug out cross but his header back across goal evaded both Simon Murray and Lee Kilday – who looked to mix each other up.

Sub Jai Quitongo was then inches away from finding the top corner in what could arguably have been goal of the tournament come the end of the competition.

The tricky attacker twisted and turned as he beat Gibson before racing to the angle of the box and curling a superb strike beyond Ferguson – but his effort smashed off the woodwork and out.

However, within a minute the game was over after some poor defensive play allowed Shields to race in on goal and the striker slotted the ball low beyond Muir with the outside of his boot to put the game beyond the hosts and secure a spot in the third round for the visitors.

McKinnon and Co will be disappointed with the way they exited the Scottish Cup this campaign but all focus will now be back on the league with Stranraer visiting Hampden next weekend.