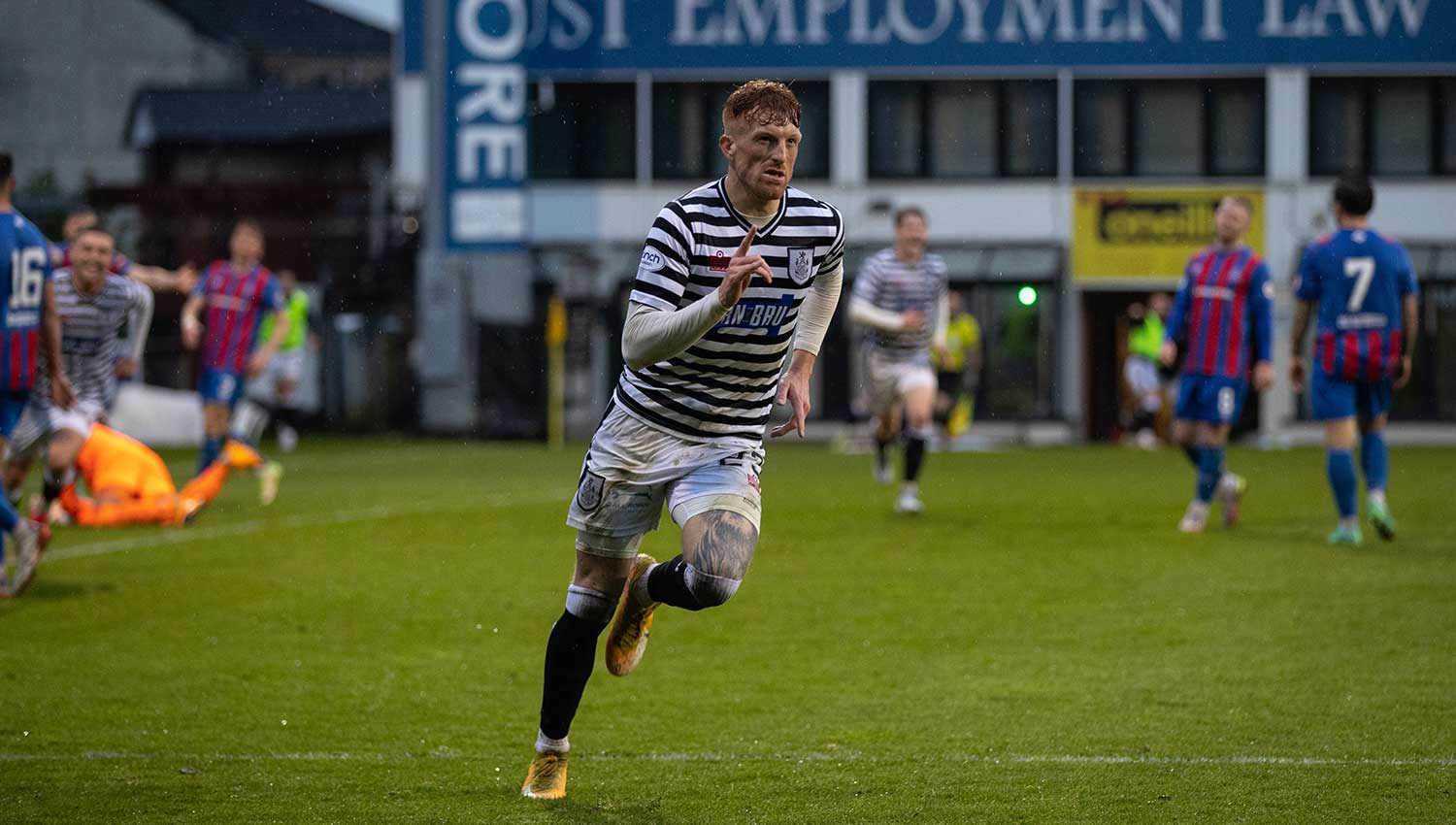 The cinch Championship play-off final first leg ended in a goal a piece with the tie to be decided at the Penny Cars stadium on Sunday afternoon.

Queen’s Park made two changes to the side who started at Dunfermline last Saturday with Liam Brown and Bob McHugh coming out of the team, replaced by Darren Lyon and Simon Murray.

Airdrieonians manager Ian Murray made one change to his side following their thrilling victory against Montrose on Saturday – Kyle McDonald replaced by Craig Watson.

The first chance of the match fell to Queen’s in the 4th minute. After winning the ball back in the opposition half, Luca Connell picked up on the loose ball and from outside of the box, struck a vicious shot which forced Max Currie into a save.

Three minutes later and it was Airdrieonians to have their first chance of the match. After working the ball down the left, Callum Smith whipped in a cross which the Queen’s defence failed to clear, and the ball fell to Adam Frizzell who laid off Callum Gallagher, but his half volley just went wide of the post.

With heavy rain at Firhill, both sides struggled to get the ball down on the grass and string a few passes together. However, half an hour into the match, the Spiders had another chance after good work down the right-hand side by Michael Doyle and Darren Lyon resulted in Lyon managing to get himself into the box. His cross found Jai Quitongo whose diving header was saved by Currie. The rebound fell to Quitongo, however his follow up effort went over the bar.

This was to be the last chance of the first half. Both sides would go into half time frustrated they had not created enough clear chances in what was an evenly contested affair.

In a bid to freshen up Queen’s attacking options, Louis Longridge was introduced into the match in the 58th minute, replacing Jai Quitongo.

With the match in need of a spark, it was Queen’s who managed to find it as they scored the first goal of the tie in the 64th minute. A long free kick up the pitch was controlled by Simon Murray who drove towards goal. With the Airdrieonians defence backing off, he shaped up onto his right foot and slotted the ball past Currie to score in two consecutive play-off matches.

This goal gave the Spiders confidence and they managed to keep the ball for longer spells with Airdrieonians growing frustrated that they had still not tested Ferrie in the Queen’s goal.

However, in the 84th minute, the away side eventually managed to create their first real chance of the second half after a good passing move down the left resulted in Brody Paterson delivering a cross into the box that was met by Dylan Easton, but his header just went wide of the post.

Two minutes later it got even better for the away side as they were awarded a penalty after Jonathan Afolabi managed to get to the ball before Ferrie who collided with the striker and the referee felt this was enough to point to the spot. The resulting penalty was put away by Rhys McCabe who confidently struck the ball into the bottom left-hand corner.

This was to be last action of the match. In a game of very few chances, both sides would probably agree a draw was a fair result.

The Spiders now go onto the second leg on Sunday afternoon all square, with a place in the cinch Championship at stake for the winners. Let’s hope as many Queen’s fans as possible can make it over to support the team in what will be the final game of the season.