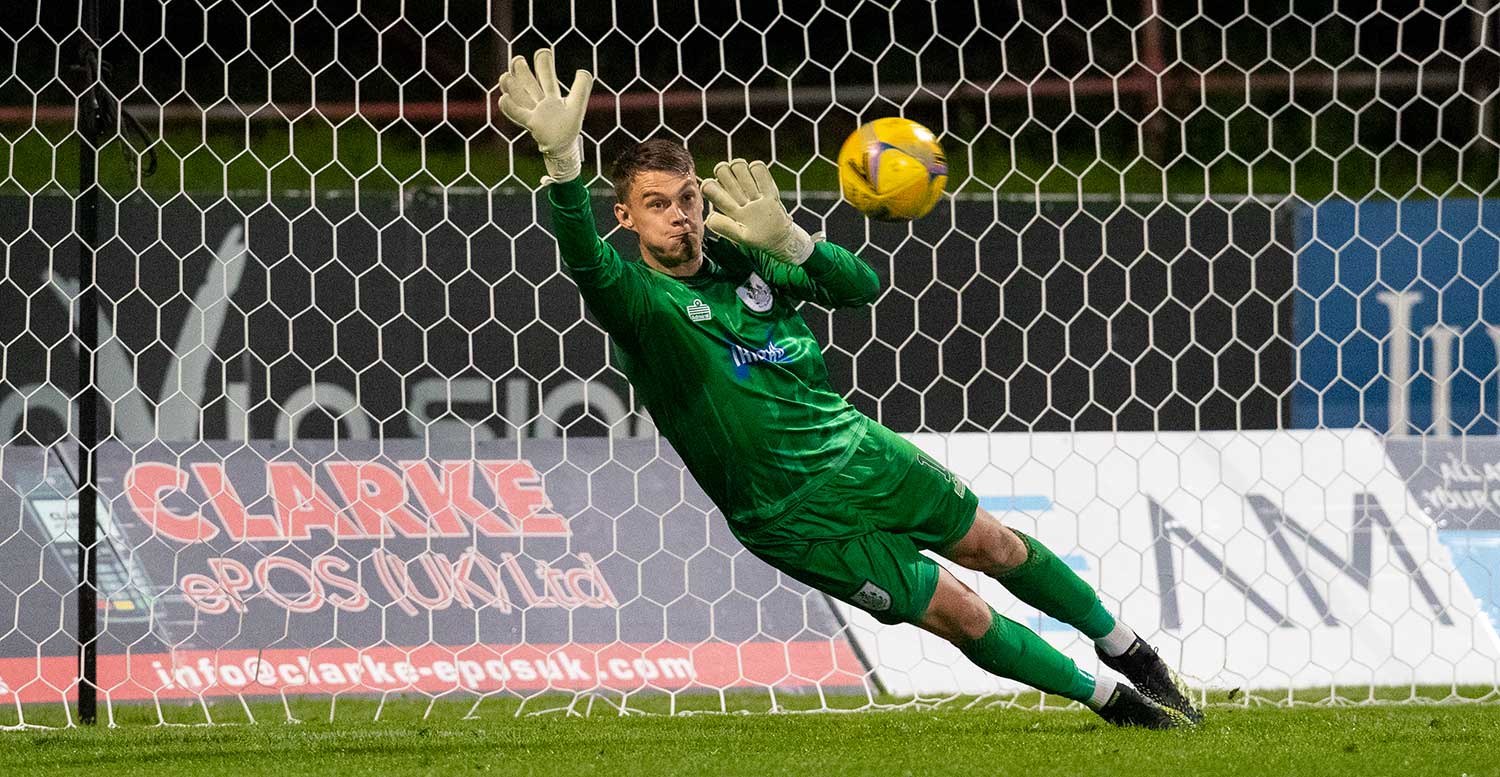 A winning penalty from Michael Doyle in the shootout saw the Spiders knock out Bonnyrigg Rose after Grant Gillespie’s penalty cancelled out Dean Hoskins’ opener in normal time in the first round of the SPFL Trust Trophy.

The Spiders boss made four changes to the team that defeated Cove Rangers on Saturday as Callum Yeats, Darren Lyon, Jack Thomson and Bob McHugh were in from the off.

Robbie Horn’s side also came into this match on the back of a victory after beating Caledonian Braves in the Lowland League where they occupy third spot.

The first opening came the way of the visitors as a low ball across the box came to Hoskins but his strike flew over without ever troubling Willie Muir.

After a quarter of hour, Queen’s came inches away from the opening goal as Gillespie ran onto a bouncing ball and sent a sweet volley crashing off the bar with Michael Andrews well beaten.

From that moment, the league one side started to see much more of the ball with Louis Longridge testing Andrews with a low strike.

Muir was called into action in the first period though as he dealt well with a low drive across his goal from George Hunter before Queen’s were able to clear the danger.

With half-time fast approaching, Liam Brown so nearly put Longridge through on goal after a quick break, but there was a last-ditch challenge from Neil Martyniuk to prevent a golden chance.

Despite some decent spells, the match remained goalless at the break with Bonnyrigg holding their own.

With the second period only minutes old, the Spiders really ought to have been ahead.

A ball in behind put Longridge away with Lyon bursting through alongside him but the pass was behind Lyon meaning he had to dig out his finish which came back off the bar for the second time in the game, a real opportunity missed.

The longer this cup tie went on, the longer Laurie Ellis and his players were frustrated and things were compounded after the hour mark.

A looped cross to the back-post from Callum Connolly picked out Hoskins who rose highest to knock the ball past Muir for 1-0.

There was almost an instant response from Queen’s though as Lyon’s ball was perfect for McHugh in the middle but his close range finish was well blocked by Andrews, another that should have been in the back of the net.

The leveller did come soon after for the Spiders when Stuart Morrison was fouled in the box for a penalty, just after claims from the visitors in the opposing box had been waved away.

Gillespie stepped up for the penalty – after the referee had dished out a red card to the Bonnyrigg bench and a yellow to a substitute behind the goal – and sent the ‘keeper the wrong way for 1-1.

With penalties looming, the hosts pushed for a winner with shots from Brown and Longridge but they both cleared Andrews’ bar.

A late ball through for Hunter nearly caught Queen’s cold but Muir stayed sharp to deny striker as he attempted to round him and after 90 minutes the scoreline read 1-1.

In the shootout, Muir made the decisive save from Scott Gray’s effort before Doyle powered home the winner.

Queen’s progress to face Airdrieonians away in the next round of the Challenge Cup.

Although he didn’t make it onto the pitch, it was a notable evening for goalkeeper Ross Beverage who stepped up from the under-18s side with fellow stopper Callum Ferrie finally serving a suspension picked up with Dundee two years ago.

Onto to Saturday now, where a third home match in the space of a week sees us host table-toppers Dumbarton who have two wins from their opening two games.