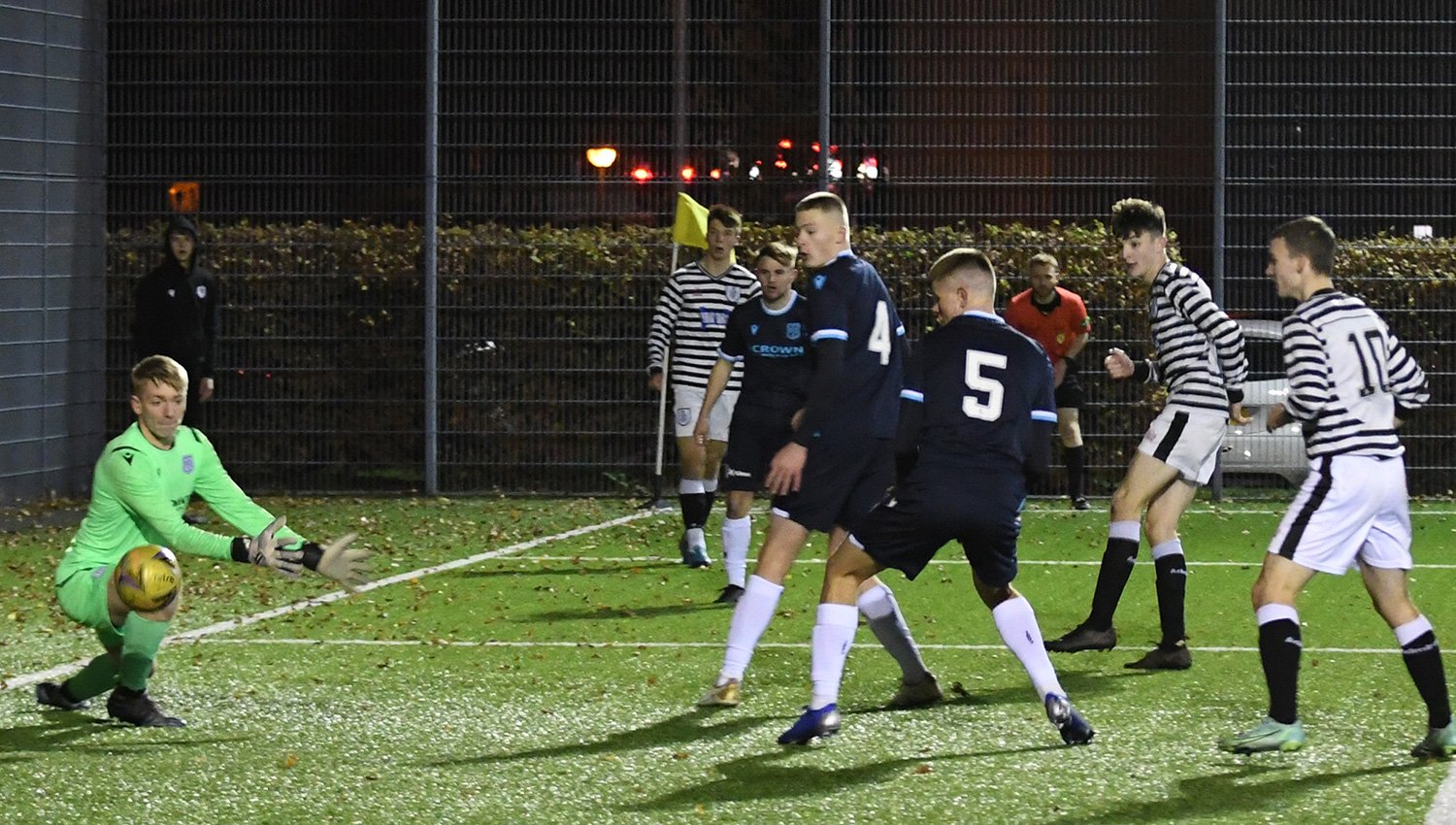 Queen's bowed out of the  Scottish Youth Cup on penalties at the hands of Dundee at a very very windy Toryglen on Friday night.

The strong wind was a tough test for both teams as they looked to progress into the next round, and it was Dundee who took an early lead.

On 9 minutes the Queen’s defence failed to clear a ball over the top in the left channel.  The ball eventually broke to the Dundee forward in the box who calmly slotted past Reece Beverage into the bottom corner.

Not the best start for the Spiders but Queen’s started to get a foothold of the game and almost caught the Dundee keeper out when Lucas McCormick challenged him only for the ball to break to the Dundee centre half.

With the wind at the young Spiders’ backs they managed to create a few opening down the left.  Cameron Bruce delivering an enticing ball for Alex Fairlie  to head just over.  Then just before half time Cameron Bruce, again, delivered a ball from the left, but this time Lucas McCormick wasn’t able to keep the header down.

The second half with the gale force wind in the Queen’s faces, forcing them to play their usual passing style with the ball on the deck but the wind was causing havoc.

Queen’s created a few openings within the first 5 minutes of the second half.

Lewis Reid heading over from an Andrew Lind corner. Shortly followed by Chris Mahon striking over the bar.

It took until the 75th minute for Queen’s to draw level.

Another Andrew Lind corner found Alex Fairlie six yards. Alex ducked down and headed the ball home for the equaliser.

Unfortuantely Queen’s couldn’t get the winner and to extra time it went.

The only point of note in extra time was Reece Beverage making a smart save to his right to parry for a corner with the ball gathering pace due to the wind.

The penalty shoot out Started well for Queen’s, scoring our first 2 pens and Reece superbly getting down to his left to deny Dundee’s 2nd penalty.

The Dundee keeper managed to save two penalties, and, with them scoring the rest, Dundee won by 4-3.