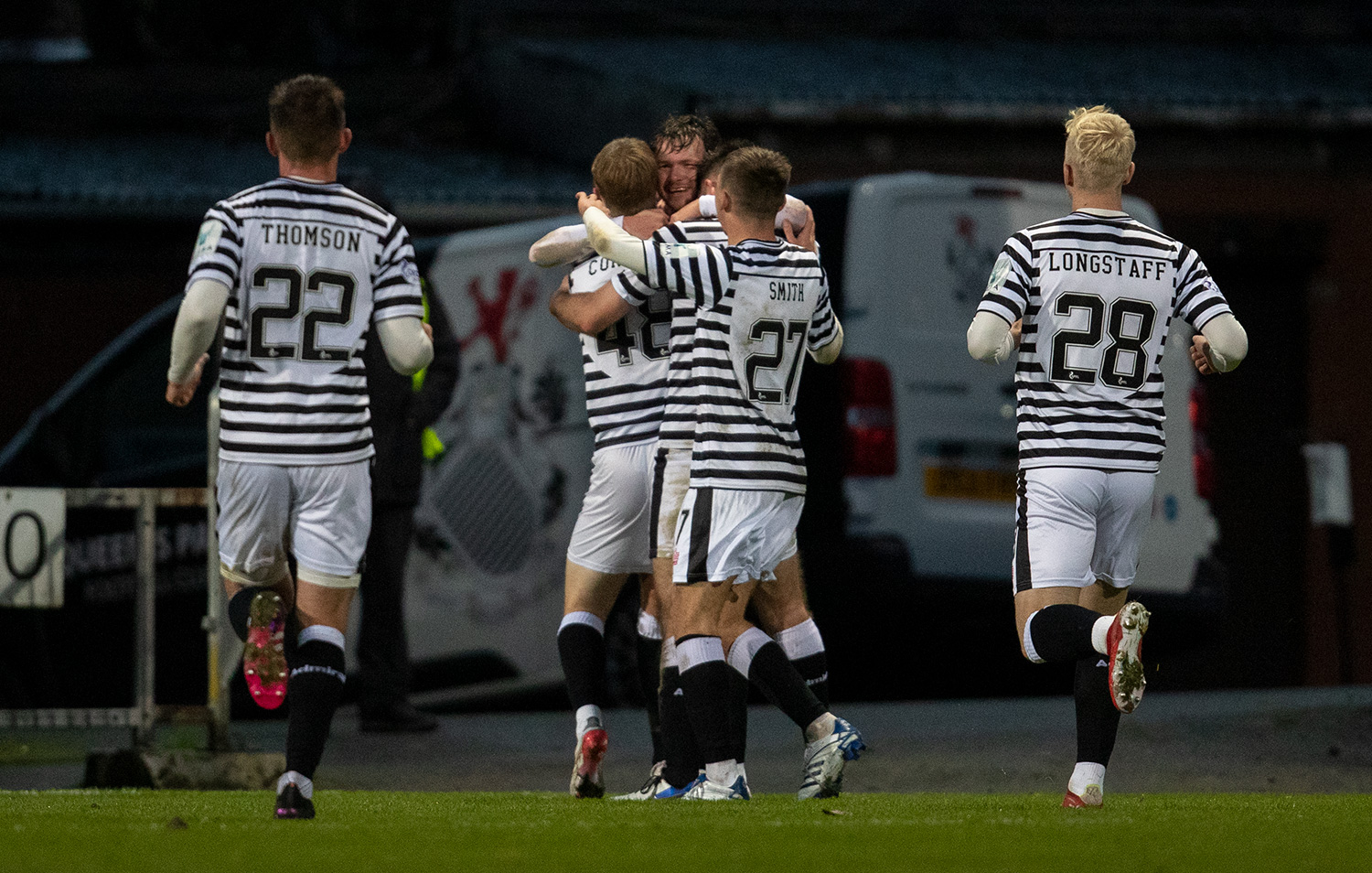 Laurie Ellis made three changes to the team from last week with Murray, Connell, and Muir coming out of the team with Gillespie, Moore, and Ferrie coming into the side. Goalkeeper Ferrie made his first league start of the season.

East Fife made no changes to their team and would be hoping to get their second win in a row after a 2-1 win against Dumbarton last weekend.

After a controlled start by Queen’s Park, the first real chance of the game fell to the Spiders. Good football down the right by Gillespie resulted in a cutback which fell to Brown, however his shot was blocked.

East Fife grew into the game and in the 20th minute they had their first chance when Mercer swung in a free kick from the right which fell to Steele whose header from 6 yards was saved by Ferrie.

In the 36th minute, Queen’s Park had the best chance of the 1st half when Longridge’s corner fell to Kilday who lobbed back into McHugh’s path, and his overhead kick crashed off the crossbar.

A competitive first half ended goalless.

The second half got underway, and Queen’s Park got off to a positive start. In the 49th minute, Moore’s clever work down the left resulted in a cross which found Longstaff, and his shot was saved by Smith.

The resulting corner went short, and Moore cut it back to McHugh who twisted and turned however his shot from outside the box went over the bar.

Queen’s Park tried to keep the pressure on East Fife but were having difficulty creating clear opportunities. In the 59th minute, East Fife broke up field and the ball fell to Kyle Connell who tried a speculative effort from 40 yards.

Queen’s were getting a little frustrated and in the 76th minute East Fife had their best chance of the half after the Spiders failed to clear their lines. The ball fell to Kyle Connell whose shot from 20 yards was saved by Ferrie and the follow up fell to Newton whose shot was blocked.

Queen’s Park made changes in the hope that they could find the winner and in the 85th minute they scored when substitute Luca Connell’s corner was met by Kilday whose firm header went into the keeper’s left-hand corner. Lee certainly enjoyed scoring his first goal of the season.

East Fife tried to instantly respond and in the 88th minute Newton pulled a cross into the box and Smith’s shot was deflected for a corner. The resulting corner was cleared, however the ball fell to Watt outside the box who twisted and turned, and his shot took a deflection and narrowly missed the post.

East Fife were finishing the game on top and in the last action of the game they got their equaliser when Watt’s corner found substitute Millar who headed the ball into the bottom corner.

Queen’s will be frustrated at being ahead late in the game, yet not being able to hold on to claim the win. Credit to East Fife, who would have felt hard done by if they had come away from Firhill with nothing.