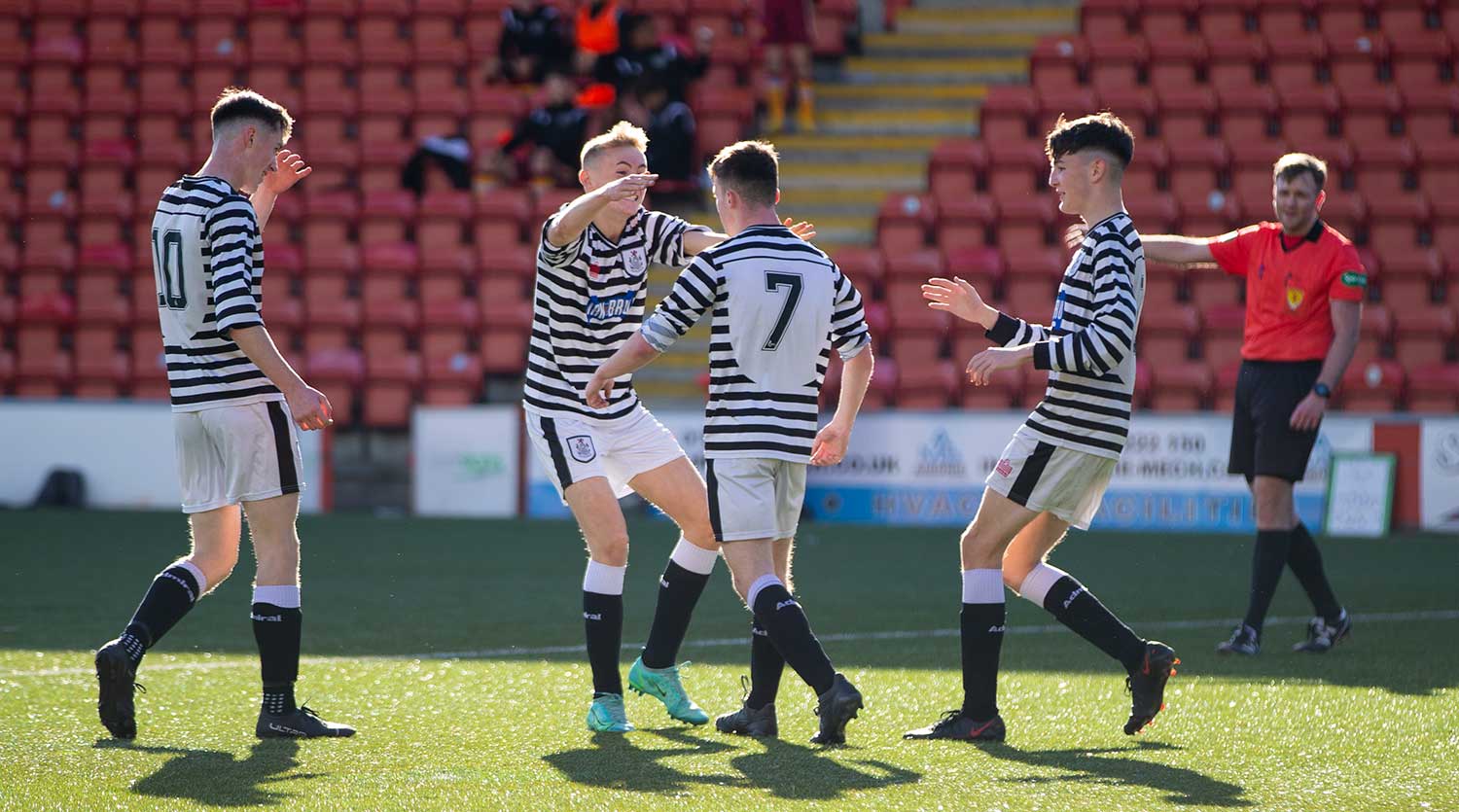 Queen’s Park 18s welcomed Motherwell to the Penny Cars Stadium, Airdrie, to play the SFA Youth Cup 2nd round tie. In the first round Motherwell beat Hamilton Academical 3-1, Queen’s got a bye.

Motherwell kicked off and immediately took the game to Queen’s. The big ‘Well side looked in determined mood.

In the 4th minute Motherwell got a free kick, 35 yard out, wide on the left. The ball was fired into the Queen’s six yard box but no ‘Well forward could connect.

Queen’s weathered the initial Motherwell pressure, began to move the ball about and create gaps in the ‘Well defence.

In the 6th minute Queen’s had their first chance. Cameron Bruce was upended wide left.  From the free kick Queen’s for a corner.  The ball was fired into the Motherwell six yard box, met by Archie Graham who heads for goal only to be blocked by  the defender.

In the 20th minute Queen’s took the lead. A cross from wide on the left was met by Chris Mahon at the edge of the Motherwell six yard box.  Chris cooly headed the ball into the corner of the net.

Ten minutes later Queen’s doubled their lead. A great series  one-twos between Kane Thomson and Lucas McCormick saw Lucas in the clear to smash the ball past the keeper into the net.

Two minutes into the second half Motherwell pulled a goal back.  A slip up in the Queen’s defence allowed the Motherwell’s MacDonald to get to the bye line and swing in a cross for Adam to tap home .

Motherwell upped the intensity of their play in an attempt to get the equaliser but the Queen’s defence were up to the test.

In the 65th minute Liam McLeish exploited slackness in the Motherwell defence to shot on goal, but once again the ‘Well keeper blocked the shot.

Queen’s came back into the game in the final fifteen minutes and ran out comfortable winners.

Coach Charlie King speaks to QPTV after the game