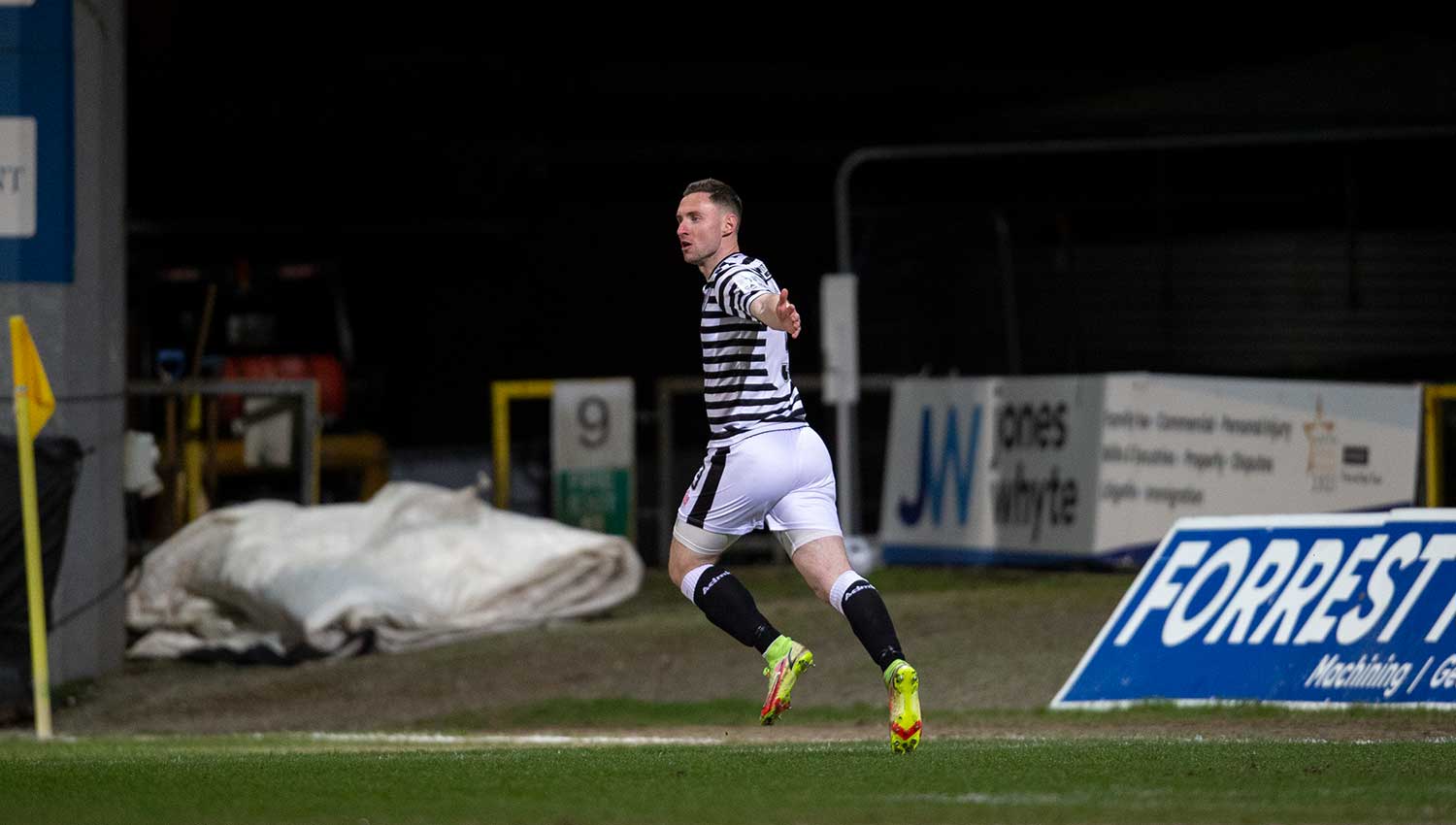 Queen’s Park bounced back from their loss on Saturday by defeating Peterhead 2-1 in a match which saw the Spiders strike early at the start of both halves.

4th placed Queen’s Park and 8th placed Peterhead were meeting for the third time this season – both sides having one victory each. The Spiders were hoping to bounce back from defeat to Montrose on Saturday, while Peterhead were hoping for back-to-back wins after their thrilling victory against Dumbarton.

Queen’s made two changes to the side that lost to Montrose with Lee Kilday and Ronan Darcy coming out of the team, replaced by Peter Grant and Bob McHugh.

Peterhead manager Jim McInally made no changes to the side who defeated Dumbarton on Saturday. The away side were involved in a 4-3 win at the weekend and Queen’s Park would have to keep a notable eye on Hamish Ritchie who bagged a double during the encounter with Dumbarton.

Queen’s would get off to the best possible start when they scored after just 49 seconds. Connor Smith managed to knock the ball into Bob McHugh’s path and the striker took it by the keeper and slotted the ball into the back of the net to score his 6th league goal of the season.

The Spiders started the match well and could have doubled their lead in the 9th minute after McHugh’s driving run into the box led to him passing the ball out to the left for Longridge and his cross was met by goal scorer McHugh, but his header clipped the bar and was cleared. Seconds later the home side had another chance when Smith collected the ball in the box and his chipped shot bounced off the post and was again cleared by the away side.

Peterhead took their time to get into the match and in the 16th minute had their first chance when the ball was worked out to the left and from 35 yards, McLean attempted a speculative effort, but it was well seen by Ferrie and he comfortably saved.

A minute later and the Spiders had another chance when the home side produced good work down the left which eventually resulted in a low cross which found Connell in the middle of the box, but his low show was well saved by goalkeeper Brett Long.

In the 24th minute, Queen’s Park thought they had doubled their lead when a fast counterattack led to the ball finding Luca Connell and after a couple of attempts, he found the back of the net, but the referee disallowed the goal for hand ball by Connell.

Peterhead started to get more into the game and in the 30th minute had a half chance when Ritchie’s free kick from the left was cleared, but the ball landed to Scott Brown and his shot deflected off his own player and went wide of the post.

The away side had more of the ball towards the end of the 1st half as they searched for an equaliser. On the stroke of half time, Queen’s won a free kick just outside the opposition box, however the shot from Smith hit the wall and was cleared.

This was the last action of the 1st half. The Spiders would go into half time happy they had taken the lead and Peterhead would be frustrated that they had not created enough chances.

Within a minute of the restart, Queen’s Park doubled their lead after Robson’s pass across the goal landed to Jack Thomson who smashed the ball into the back of the net to score his 2nd league goal of the season. Thomson’s 2 league goals this season have both been scored against Peterhead.

It was another brilliant start to the half for the Spiders and in the 49th minute could have added a third when the home side won the ball back high up the pitch, however Bob McHugh’s shot was blazed over the bar.

Throughout the middle of the second half, the away side had more possession as they looked to get themselves back into the game, but Queen’s Park were defending well and trying to hit the away side on the counterattack.

In the 74th minute, Peterhead had their best chance of the 2nd half after McLean switched the play from right to left and the ball was picked up by Ritchie who cut into the box, but his shot was well saved by Ferrie.

The home side had another disallowed goal in the 83rd minute after a counterattack led to substitute Quitongo bursting down the right. His low cross found Connell in the box, and he blasted the ball into the net, but the strike was ruled out for offside.

Peterhead kept pushing for a way back into the game and in the 91st minute Russell McLean managed to pull one back for the visitors which led to a nervy finish for the Spiders, but they managed to hold on and claim all three points.