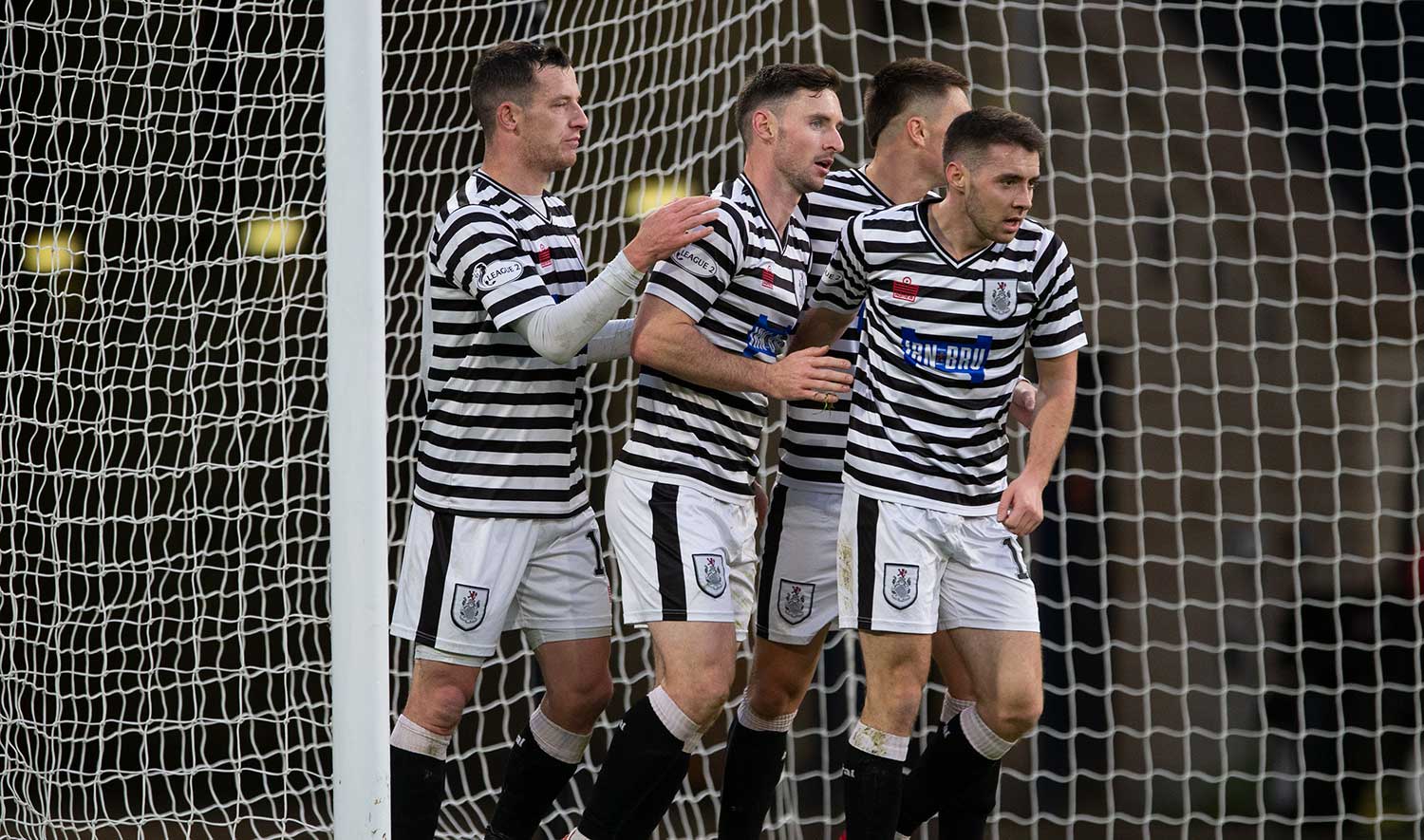 BOB MCHUGH finally got off the mark for Queen’s Park as they dominated from start to finish against bottom club Brechin City.

It was a double celebration for the Spiders with No1 Willie Muir breaking the league clean sheet record set by David Crawford back in 2007.

A fourth league victory on the trot sees the unbeaten table toppers open up a four-point gap at the top of League Two.

Ray McKinnon’s men started brightly and it only took five minutes to force visiting goalkeeper Lewis McMinn into a fantastic save. Jai Quitongo found Will Baynham with a low cross – after a brilliant driving run down the right – but the striker was denied excellently from point blank range.

The hosts didn’t have to wait long to open the scoring. Just one minute later and it was that man Quitongo once again.

Skipper David Galt found the attacker with a superb cross-field pass and after cutting inside the 23-year-old fired low into the bottom corner from 20-yards.

The Spiders continued to pressure the visiting defence with a number of set pieces before doubling their advantage midway through the first-half.

Quitongo – who was a constant threat every time he received the ball – once again beat his man before finding McHugh with a low driven ball.

The striker forced McMinn into another great reaction save but he was on hand to head home the rebound from close-range to get his first goal for the club.

The confidence was bursting through the big striker and he went close to his second of the afternoon but his low shot went just wide of the goal.

As the clock struck 28 minutes it was another celebration for the Spiders. Not a goal this time, but a place in the record books for goalkeeper Muir as he beat David Crawford’s 706 minutes without conceding in the league. A 13-year record that was set back in 2007.

Early in the second period Quitongo threatened once again with his pace as he found McHugh with a low cross but his effort was cleared for a corner. From the resulting set-piece Galt found Baynham unmarked in the box but his goal-bound header was hacked off the line by the visiting defence.

The Brechin players appealed for a penalty just before the hour mark with a low cross coming off a hand but the referee waved away the protests of the Glebe Park outfit.

The Spiders continued to dominate and forced a series of corners and half-chances as they look for that killer third goal.

And it arrived on the 68th minute.

Canice Carroll found Tommy Robson with a brilliant switch ball from the centre of the park and after clearing the initial cross, Quitongo headed back towards goal and Darren Lyon was on hand to smash the ball home from close range and make sure of the points.

The hosts pushed for a fourth and came close after a Michael McGlinchey free-kick was headed on to the bar late on. But McKinnon and Co were unable to add to their tally for the afternoon as they extended their unbeaten league run and moved further clear at the League Two summit.