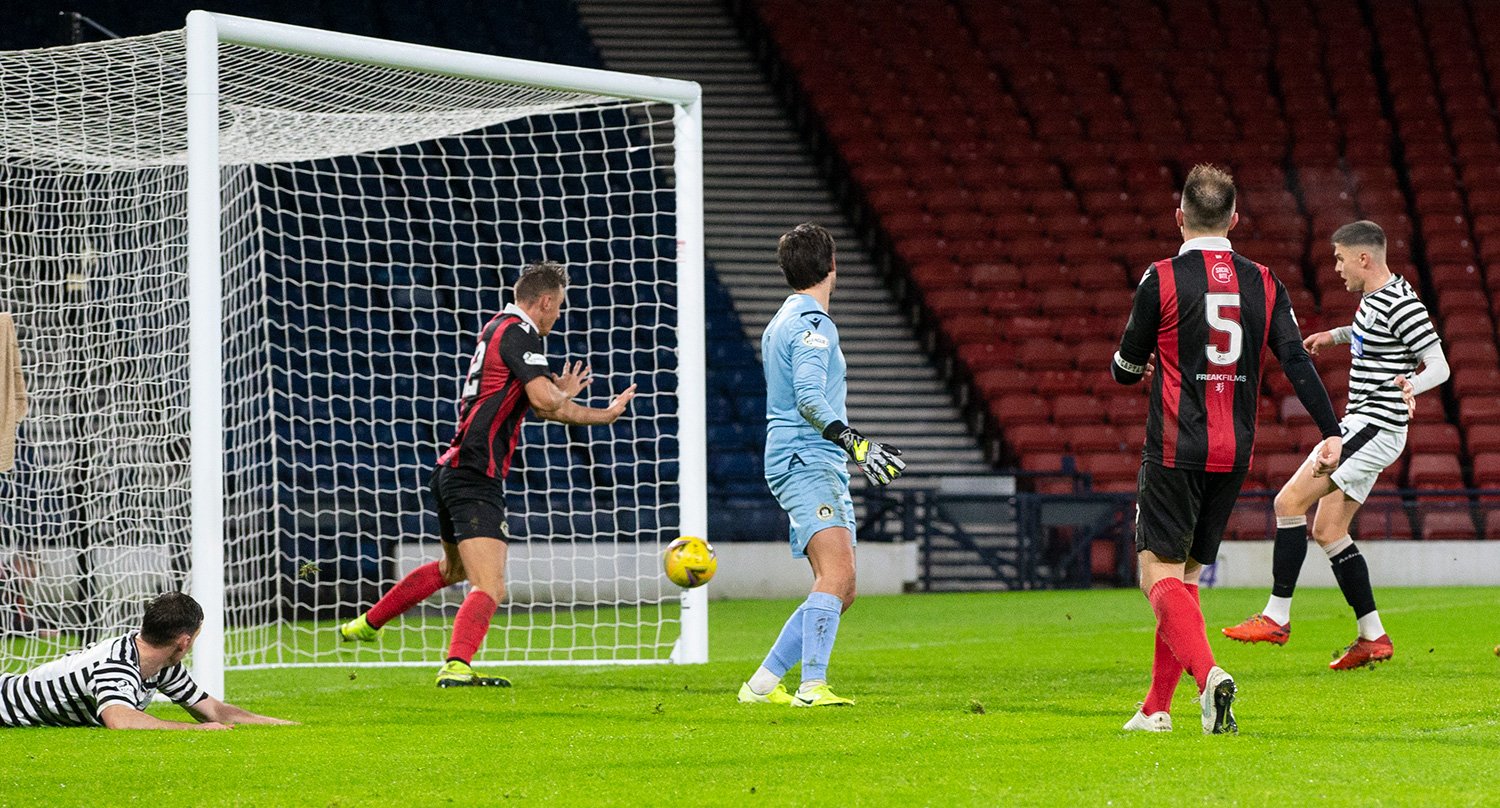 QUEEN’S PARK extended their unbeaten league run to eight games and moved five points clear at the top of the table after a share of the spoils in a six-goal thriller at Hampden.

Edinburgh City supersub Gabby McGill grabbed a leveller with five minutes to play to earn the Citizens a deserved point.

Ross MacLean, Bob McHugh and Will Baynham were on target for Ray McKinnon’s men with a Josh Campbell double for the capital club completing the scoring in a very entertaining showdown between arguably the best two sides in the league.

City, who have been a really impressive outfit since their promotion to League Two, clearly arrived in Glasgow with a game-plan – and they executed it perfectly in the first period.

The Spiders were given no time on the ball whatsoever as they looked to build from the back and it was a rare error from Peter Grant that was eventually punished by the away side.

His short ball was intercepted on the half way line and after putting a slick passing move together the ball arrived at the feet of Campbell who unleashed a stunning effort beyond Willie Muir into the top corner of the net.

McKinnon’s men struggled to create any real clear-cut opportunities with Michael Doyle beating his man down the right-hand side before whipping a ball into the feet of McHugh, but his curling effort just narrowly sailed over the top right corner in the hosts only real chance of the half. Jai Quitongo – who has been very impressive since his arrival at the club – was quiet and out of sorts in the first period and wasn’t able to use his pace and trickery like previous weeks.

The Spiders were resorting to long diagonals as they looked to break down a solid City defence led by the experienced Conrad Balatoni but the centre-back and his troops were protecting Callum Antell well with the keeper not facing a shot on target in the opening 45 minutes.

McKinnon freshened things up at the start of the second period with skipper David Galt and Quitongo replaced by MacLean and Louis Longridge. And within four minutes, the home side were level with their first shot on target.

Doyle played a ball down the right, which was dummied by McHugh to allow MacLean a run at Balatoni and the attacker smashed an effort, via a deflection off the stopper beyond Antell.

Incredibly, two minutes later the Spiders were ahead.

Grant Gillespie’s strike at goal was blocked by Campbell, but he was judged to have stopped the goal bound effort his hand and referee Lloyd Wilson pointed to the spot.

McHugh stepped up to smash the ball home from 12-yards.

James McDonaugh’s side had their own massive stroke of luck just before the hour with Campbell picking up a slack pass from Gillespie before firing an effort at goal and into the top corner once again.

However, unlike his opener, there was a big deflection aiding it on its way beyond Muir.

The home side suffered a blow in the 62nd minute with defender Grant limping off injured as they looked to respond once again.

The two sides continued to trade blows in the midfield as they searched for that all important fifth goal of the match.

And with 20 minutes to go it arrived for the League Two leaders.

A ball from Lee Kilday down the line found sub Longridge and his delivery into the front post area evaded both McHugh and City No1 Antell, leaving ‘Buffalo Bill’ Baynham with the simple task of firing the ball into an empty net from close-range.

City made a number of changes in the final stages as they looked to get themselves back level with talisman Blair Henderson introduced.

And he was heavily involved as they equalised once again with five minutes to play.

A ball over the top from Marc Laird was headed down by Henderson into the path of his fellow sub McGill who fired beyond Spiders No1 Muir.

Both sides pushed for a winner in the final minutes of the game but were unable to breakthrough.

Next up for the table toppers is a trip to Galabank to face Annan Athletic next weekend before our Scottish Cup campaign begins on Boxing day. 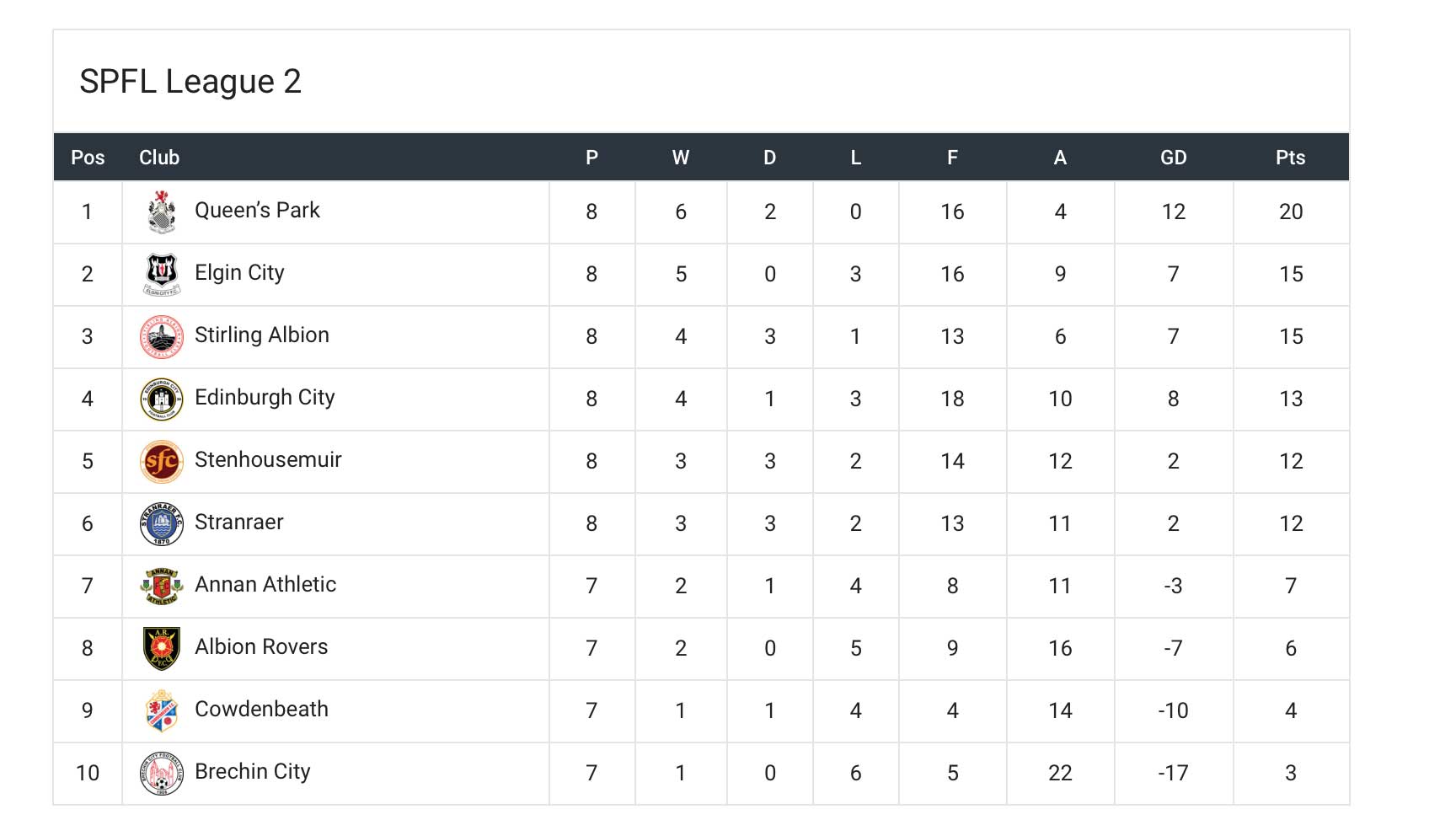