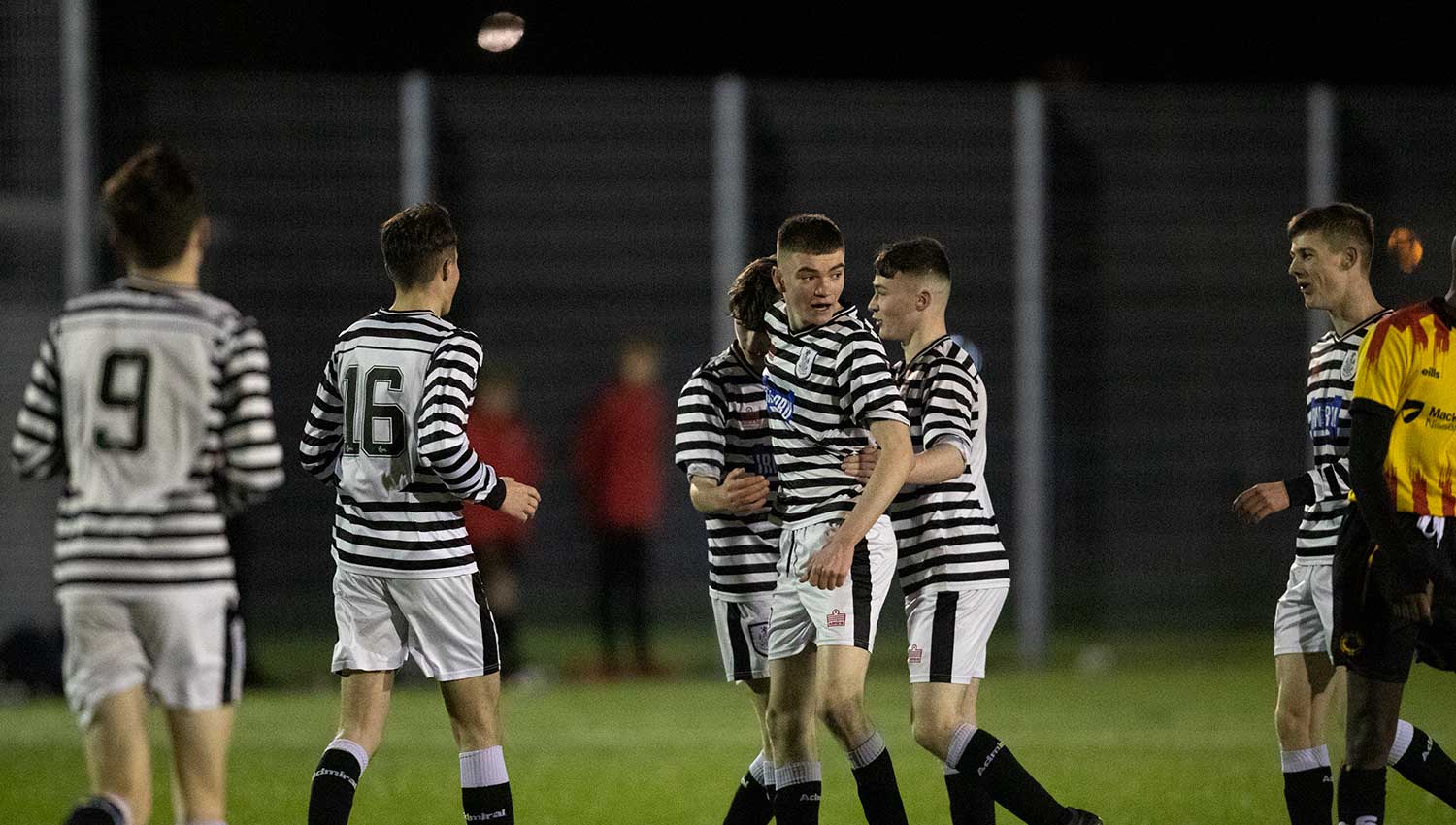 Queen's kicked off 2022 with a 3-2 win over Partick Thistle in CAS Performance League game last night at Toryglen.

The 18s played Morton, in a friendly, last Friday running out 2-1 winners.  The last time Queen’s played Partick Thistle, in October, the score was 4-0 to the young Spiders.

The opening 10 minutes saw both sides working hard to achieve dominance.  Queen’s probably has the better of the opening period with two crosses into the Thistle box.

A minute later Queen’s had their first shot on goal, which brought out a fine save by the Thistle keeper.

The game continued to be finely poised with both teams cancelling each other out, although Queen’s were beginning to find space on the wings to get beyond the Thistle defence.

In the 29th minute the young Spiders had their first real chance when Zach Mauchin rose above the defence to header the ball narrowly over the bar.

Five minutes later Queen’s opened the scoring.  Chris Mahon cut the ball back to Lucas McCormick, who was free at the edge of the box.  Lucas stepped onto the ball and smashed an unstoppable shot passed the keeper into the corner of the net.

Unfortunately Queen’s lead only lasted a minute as Thistle were awarded a penalty when one of their forwards was brought down inside the Queen’s box.

Queen’s started the second half as if they meant business.  The pushed Thistle back and created numerous chances.

In the 63rd minute Queen’s moved back into the lead. An absolute peach of a shot from Alex Fairlie, 25 yards out, which curled the keeper into the net.

Queen’s continued to dominate the game and increased their lead in the 75th minute when Andrew Lind fired the ball home from 18 yards out.

Thistle pulled one back in the 79th minute when they scored direct from a free kick wide right of centre.