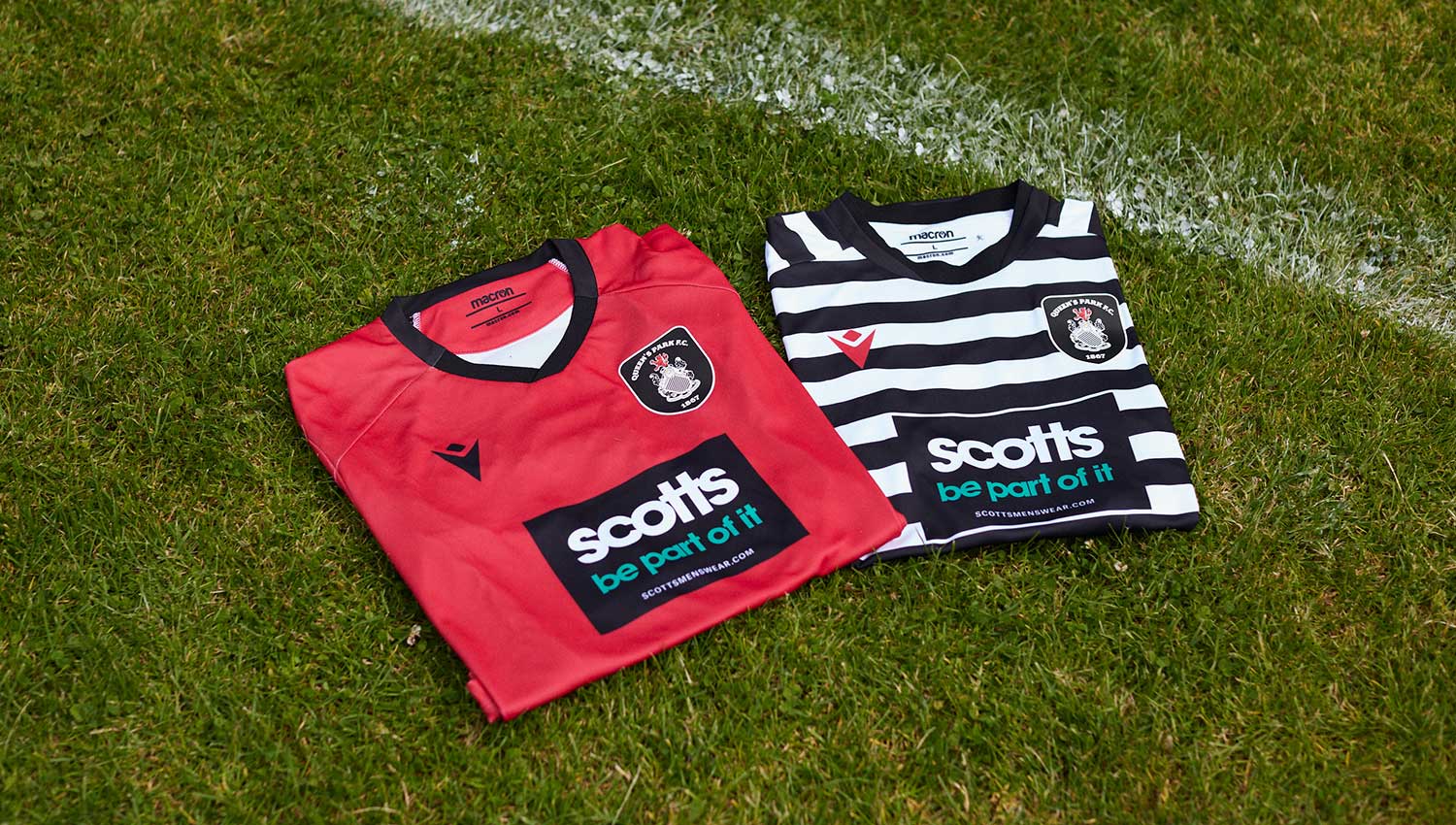 A new chapter is beginning in the life of Scotland’s oldest football club – with a new shirt sponsor signing up for the biggest sponsorship deal in the club’s long history. Queen’s Park FC is delighted to announce its new front of shirt sponsorship with the leading clothing company scotts.

The retailer specialises in casual sportswear for a young, fashion-forward demographic with a carefully curated mix of timeless brands such as adidas Originals, Lacoste and Fred Perry. The retailer has 15 stores across the UK, including a destination at Glasgow Fort, as well as a strong online presence. scotts also sponsors England’s oldest club, Sheffield FC, and has a strong association with the music industry too. Their social media content has featured collaborations with artists such as Sam Fender and Jake Bugg, and they often collaborate on events with the rock ‘n’ roll tastemakers and record label This Feeling.

Queen’s Park FC will debut their new kit tomorrow, when they kick-off the 2022-23 season with a Premier Sports Cup game away to Stranraer. scotts will sponsor both the home and away shirts, which are manufactured by Macron and will go on sale soon.

The deal comes at an exciting time for Queen’s Park FC. The club have just been promoted to the Scottish Championship, which will be the first time that they’ve played at that level in almost forty years. They recently unveiled the renowned Owen Coyle as head coach, and are set to return to their newly redeveloped home at Lesser Hampden later this season.

Kieran Koszary, Head of Commercial at Queen’s Park, said: “We are very pleased to partner with a national brand which shares so many of our values. We are working on a number of partnership initiatives, including the launch of a third kit at Christmas with a design which will capture the spirit of Glasgow. We’re also looking forward to working together to help support the young people of Glasgow.”

Paul Ramsdale, Marketing Manager at scotts, added: “scotts pride ourselves on supporting strong community sporting clubs and upcoming music artists. Queen’s Park is an exciting project that scotts had to be a part of, with the club’s aspirations to grow as a club and give the youngsters of Glasgow the opportunity to forge a career in football. This was a big draw for us and we look forward to being part of the Queen’s Park journey.”