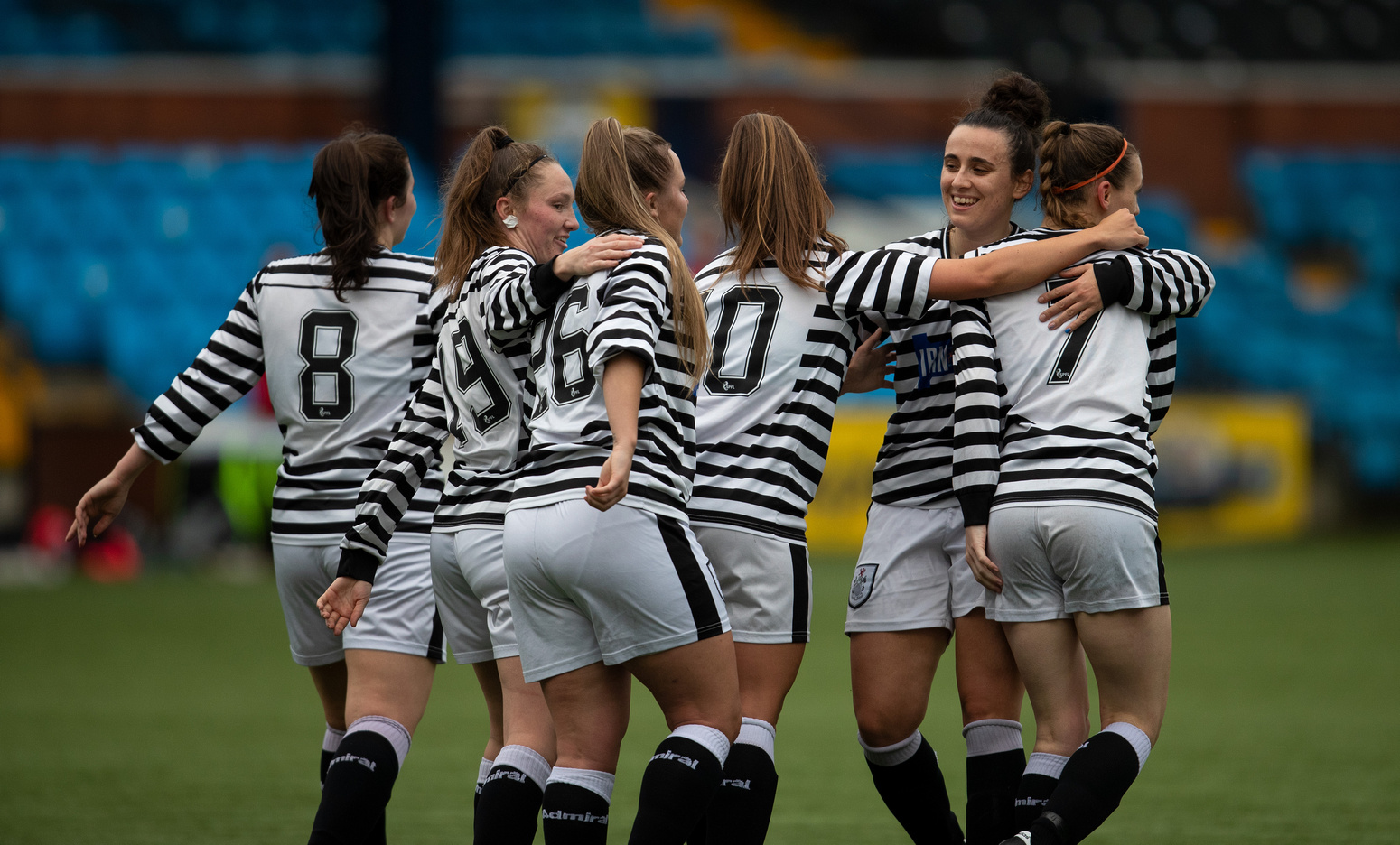 The fifth annual Scottish Women and Girls in Sport week kicked off on Monday, 25th October. The week aims to encourage more women into sport and physical activity, raise awareness of those regularly taking part at all levels, and address the barriers that lead to lower activity rates among women.

To celebrate, we asked some of our Queen’s Park Women players what football means to them and why they are so passionate about the game.

WHAT IS YOUR FIRST FOOTBALLING MEMORY?

Rachael Caddell: “Probably running round a muddy field with my older brother when he was doing his warm up when he played.”

Lauren Kerr: “Probably playing in a boys’ team, when I was about 8 years old.”

Ho Wan Tung (Toni): “Playing with my sisters at a summer youth scheme under the rain.”

Mhairi Fyfe: “Playing on Livi stadium at half time with Coerver and being the only girl.”

HOW DID YOU GET INVOLVED IN FOOTBALL?

Rachael Caddell: “My dad ran a very successful football team and I was at every single game growing up. I never had the chance to love another sport.”

Demi Potts: “Playing football in the playground with the boys.”

Lauren Kerr: “I played with a boys’ team, then I wasn’t allowed to play anymore because I was a girl. So I moved to a girls’ team at U11s, and then have followed it all the way up the age groups. My family are passionate about football and I was brought up going to Ibrox.”

Ho Wan Tung (Toni): “My eldest sister enrolled in the summer football program in Hong Kong and my mum just brought me along.”

Mhairi Fyfe: “I used to watch my older brother train and I would take a ball at the side and copy what they were doing. The coach let me join in one day. I trained with Coerver and played for a year or so with Murieston, but then I didn’t play for a team again until I was 15, when I signed with Hutchison Vale.”

WHAT IS YOUR FAVOURITE FOOTBALL MEMORY?

Rachael Caddell: “Probably lifting the Scottish Cup with Glasgow City at under-17s, or getting my first clean sheet with Queen’s Park last season against Glasgow Women.”

Lauren Kerr: “Winning the SWPL 2 with Hamilton Accies and gaining promotion to the SWPL 1.”

Mhairi Fyfe: “Scoring against Celtic in the Scottish Cup when I played for Hutchie. Underdogs! I ended up signing with Celtic not long after. Or making it to a National Championship when I played in America.”

WHAT DOES FOOTBALL MEAN TO YOU?

Rachael Caddell: “Football means everything to me, I spend almost everyday playing in some way and I wouldn’t change it for anything.”

Demi Potts: “It means a lot, it helps me take my mind off things.”

Lauren Kerr: “Everything. It’s all I have known since a young age. It’s helped me socialise, keep fit, make mistakes and learn from them, and push myself harder than I thought I could. Also previously winning and playing at a higher level, it’s helped me push myself and give me confidence in life in general. I feel I would not be as confident and successful in my career if it wasn’t through growing up with football.”

Ho Wan Tung (Toni): “A lot. Football made me who I am today. And because of football, I made friends all around the world.”

Mhairi Fyfe: “It’s an escape. Everything seems okay when you are running around with a ball at your feet.”