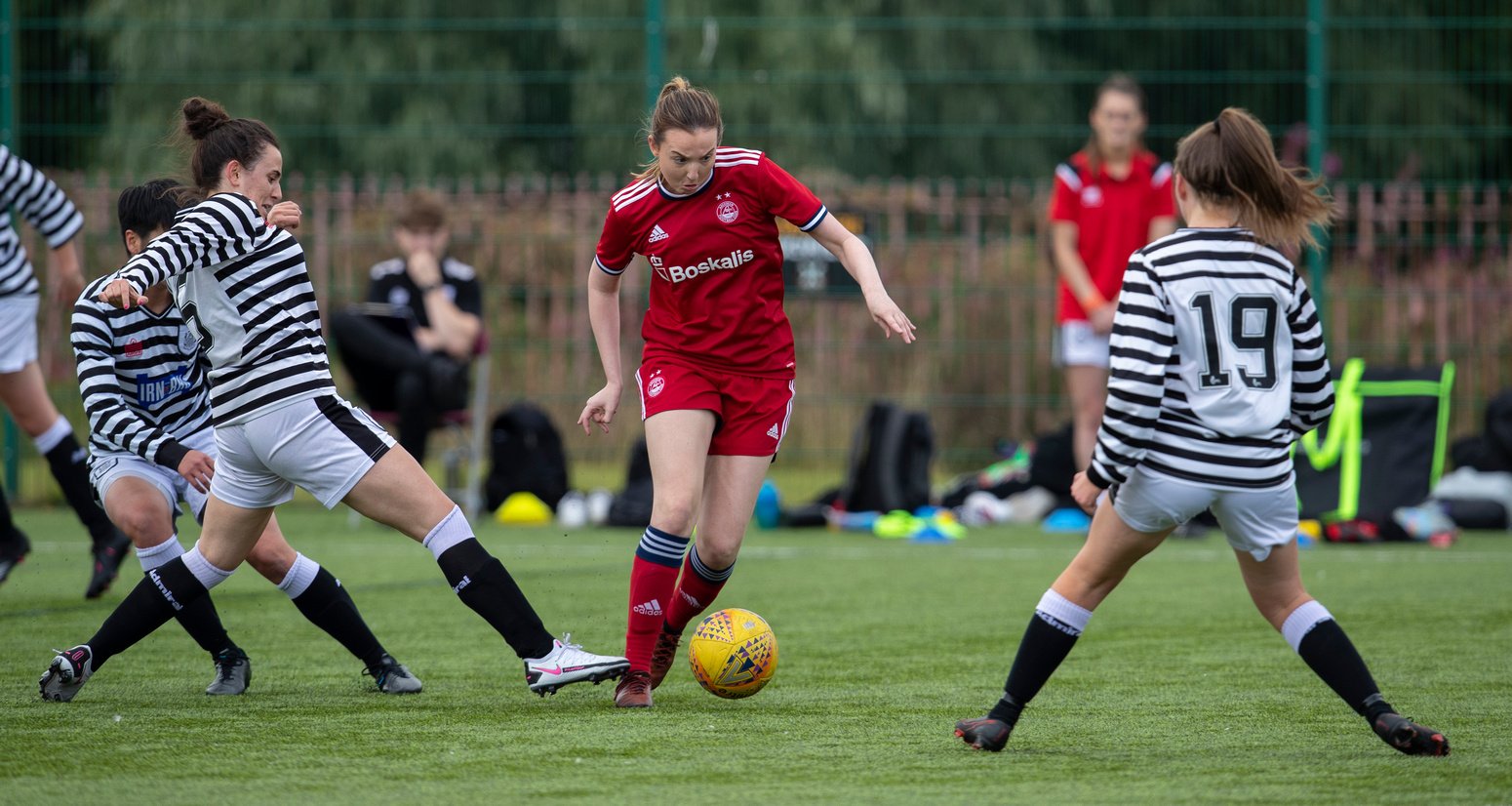 Queen’s Park were defeated 4–0 by SWPL 1 side Aberdeen on Sunday afternoon in their second game of the 2021/22 season. Aberdeen made the long journey south looking for a similar result to the one earned on their previous trip to Glasgow two months ago, when a Francesca Ogilvie hat-trick gave them a 3–0 victory over the Spiders. This time, it was Eva Thomson and Bayley Hutchison who took centre stage, with the two Scotland youth internationals both scoring twice at Nethercraigs.

Head Coach Barry Rodgers made three changes to the side that faced Rangers last Sunday. Goalkeeper Truly Pollard made her first start for the Spiders as she replaced Rachael Caddell in goal, while Courtney Whyte and Louisa Boyes replaced Samantha Davies and Frances Hopgood.

Aberdeen were on the front foot straight away and almost took the lead in the first minute through Bailley Collins after some confusion in the Queen’s Park box. Pollard then had to make a few good saves as Bayley Hutchison and Eva Thomson had a couple of chances each, but the visitors had to wait until the 20 minute mark to finally take the lead, when Hutchison rounded the goalkeeper before tapping into the empty net.

The Spiders responded well, and a couple of minutes after conceding Louisa Boyes found Demi Potts and the winger raced clear on the right-hand side before firing wide of the far post. The visitors continued to press and were rewarded for their efforts on the half hour mark, when Eva Thomson collected the ball just outside the box and fired a low shot past Pollard. Less than a minute later, Hutchison found Thomson and the Scotland youth international made it 3–0 with another cool finish.

The second half saw fewer chances, though Aberdeen kept pushing for a fourth and both Thomson and Eilidh Shore came close to scoring in the opening minutes of the second half. In the 63rd minute, Barry Rodgers made a double change as Emily Shearer and Holly McIndoe were replaced by Mhairi Fyfe and Samantha Davies, respectively.

The visitors got their fourth in the 72nd minute, another composed finish by Hutchison after some good individual play in the box. A few moments later, Rodgers made two more substitutions as Courtney Whyte and Demi Potts made way for Jayne Cameron and Frances Hopgood. Aberdeen showed no signs of slowing down, and Pollard had to make a few more saves in the final stages, successfully preventing the visitors from adding a fifth.

Queen’s Park are back in action on Sunday, 22nd August against Boroughmuir Thistle in the SWPL Cup.