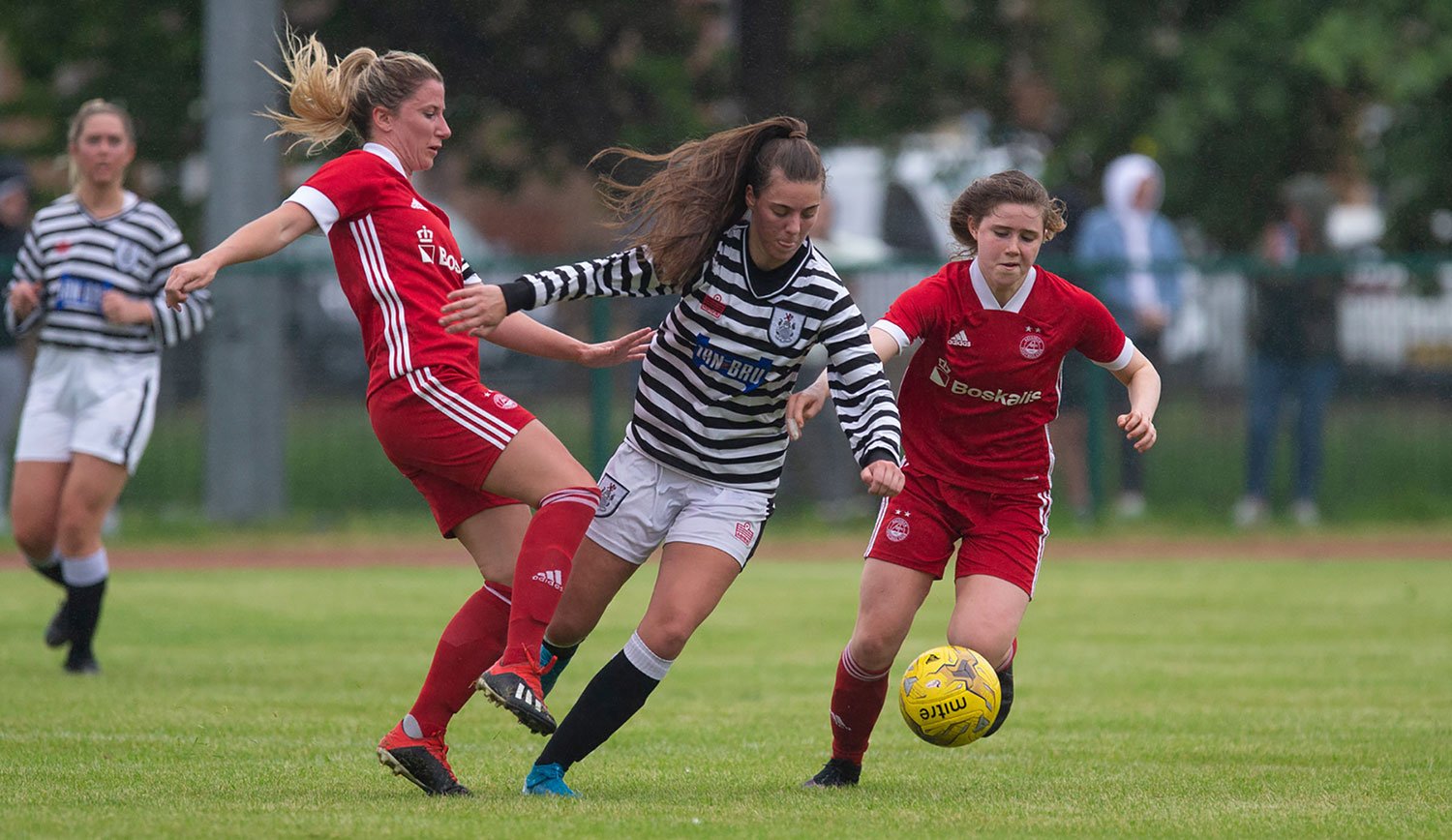 Queen’s Park suffered a 3–0 defeat against league-leaders Aberdeen in the twelfth round of the Scottish Building Society SWPL 2 at the Nethercraigs Sports Complex on Wednesday evening. After a goalless first half, in which the Spiders defended well and looked dangerous when attacking, Francesca Ogilvie’s second-half hat-trick gave the visitors all three points, taking another big step towards the SWPL 2 title. Still, there were plenty of positives to take away from this performance.

Head Coach Mark Kirk made three changes to the team that faced Hamilton last Sunday. Rachael Caddell replaced Katie Andrews in goal, while Jayne Cameron and Christine MacKinnon both returned to the starting eleven. The second half also saw two of our U19s players, Sophie Osman and Jemma Hughes, make their first-team debut for the club.

Just like against Hamilton, the Spiders had the first real chance of the match, with Sophie McGoldrick – who scored her first goal of the season against Aberdeen back in November – going close after just a couple of minutes of play, following a low cross from Louisa Boyes. A few moments later, it was Aberdeen’s turn to attack through Bayley Hutchison, but her shot went straight at Rachael Caddell, who collected it comfortably.

Aberdeen had a few more opportunities in the first half, with Chloe Gover and Francesca Ogilvie both trying their luck from distance, but the Queen’s Park defence held firm. The visitors had their best chance just before the break, but Eva Thomson’s shot went over the crossbar, and the match remained goalless at the interval.

Just a couple of minutes after the restart, Mhairi Fyfe had the ball in the back of the net, but her goal was ruled out for offside by the referee. Ogilvie then opened the scoring in the 64th minute with a great goal from about thirty yards out. Mark Kirk made two substitutions, with Sophie Osman replacing Megan Wands in the 68th minute and Frances Hopgood replacing Demi Potts a few minutes later. The hosts were still very much in the game and looking to cause some trouble, but that came to an end when Aberdeen were awarded two penalties in the span of three minutes, which Ogilvie converted with confidence. Mark Kirk made one last substitution, with Jemma Hughes coming on to replace Sophie McGoldrick.

“We just want to make sure we have a strong enough end of the season as we possibly can, just take one game at a time and make sure that we’re being competitive,” Mark Kirk said after the game. “We’ve got a young side, we brought in two U19s to make their debut tonight, and albeit we’re disappointed with the result, it’s an improvement from last Sunday and we continue to improve and get better”.

Queen’s Park are back in SWPL 2 action on Sunday, 13th June against Dundee United.