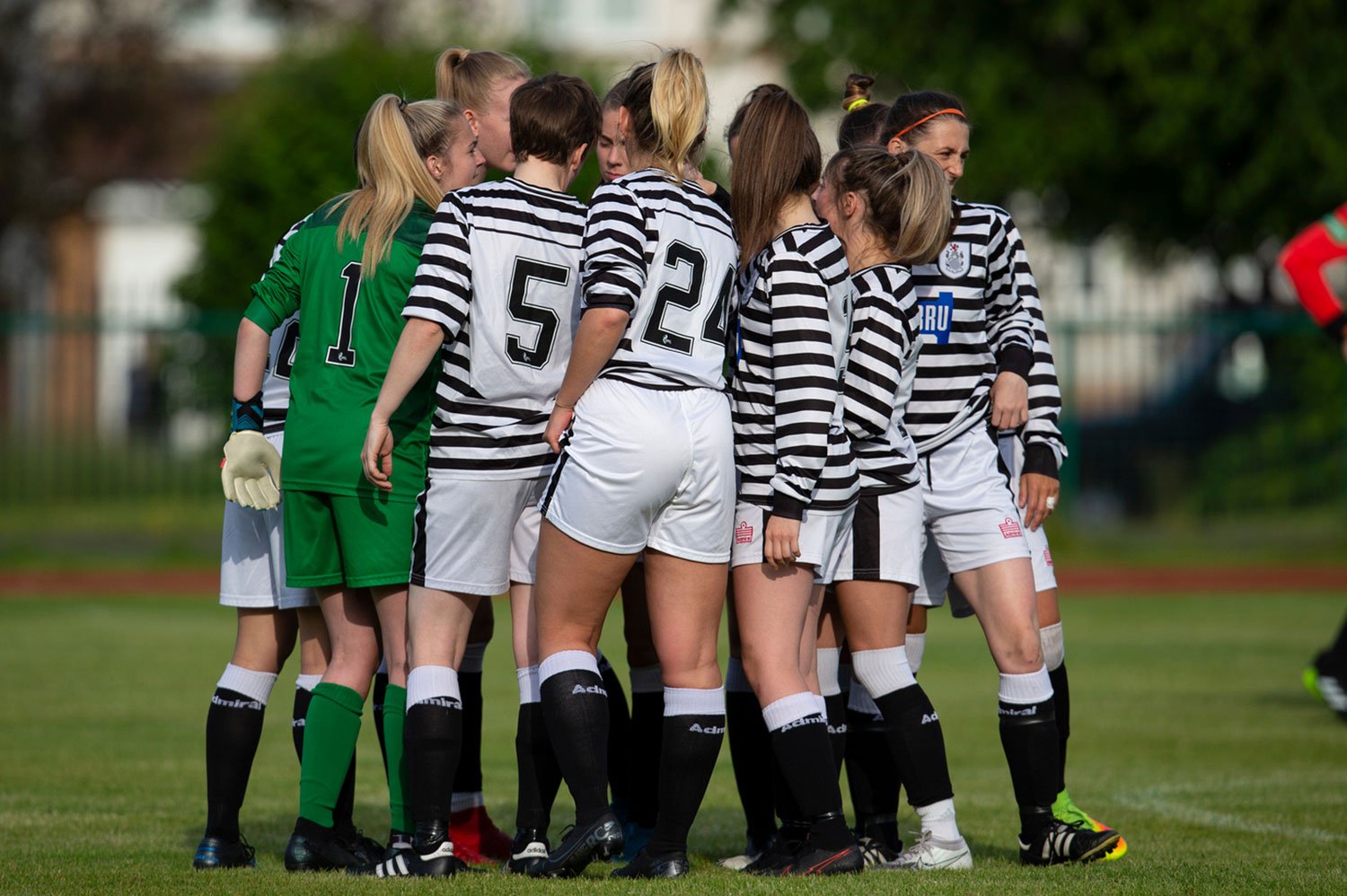 Queen’s Park fell to a 3–0 defeat at home at the hands of Boroughmuir Thistle in the fourteenth round of the Scottish Building Society SWPL 2. Maria Novou Torrente scored a brace for the visitors, and Anna Murray also found the back of the net in the 83rd minute.

Head Coach Mark Kirk made three changes from the previous game against Dundee United, with Jayne Cameron, Megan Wands and Mhairi Fyfe replacing Lauren Ray, the injured Chloe Docherty, and Frances Hopgood respectively. Meanwhile, U19s midfielder Sophie Osman got another twenty minutes of senior football under her belt, as she came on in the second half to replace the tireless Demi Potts.

After a relatively quiet opening ten minutes, with no real chances for either side, the Spiders had the opportunity to go one up in the 12th minute, when Mhairi Fyfe was brought down and a penalty was awarded by the referee. Fyfe stepped up to take it, but unfortunately her spot kick was well saved by the Thistle goalkeeper, Katie Moodie, and the score remained 0–0.

In the 25th minute, Maria Novoa Torrente made it 1–0 to the visitors, after Bryony Ross delivered a ball into the box following some good work on the right and the Queen’s Park defence was unable to deal with it. Less than five minutes later, Novoa Torrente almost scored another, but her shot went just wide of the left post, much to the relief of Rachael Caddell.

Demi Potts immediately looked to respond for Queen’s Park, but her shot was comfortably saved by Moodie. The Spiders kept looking for an equaliser and, ten minutes later, they had the ball in the back of the net, but the linesman had raised the flag for offside and the goal was ruled out, and the first half ended 1–0 to Boroughmuir.

In the second half, it was all Boroughmuir. Mark Kirk made three substitutions around the 70-minute mark, with Lauren Ray, Frances Hopgood, and Sophie Osman replacing Helen McLeod, Megan Wands and Demi Potts respectively. However, any hopes of a second-half comeback were ended when Anna Murray finally made it 2–0 to Boroughmuir after a scramble in the box on 83 minutes, and Novoa Torrente got her second of the game just a few moments later to seal their victory on what was a disappointing evening for the home side.

The Spiders are back in SWPL 2 action on Sunday, 20th June against Kilmarnock at the Grange Academy Campus.