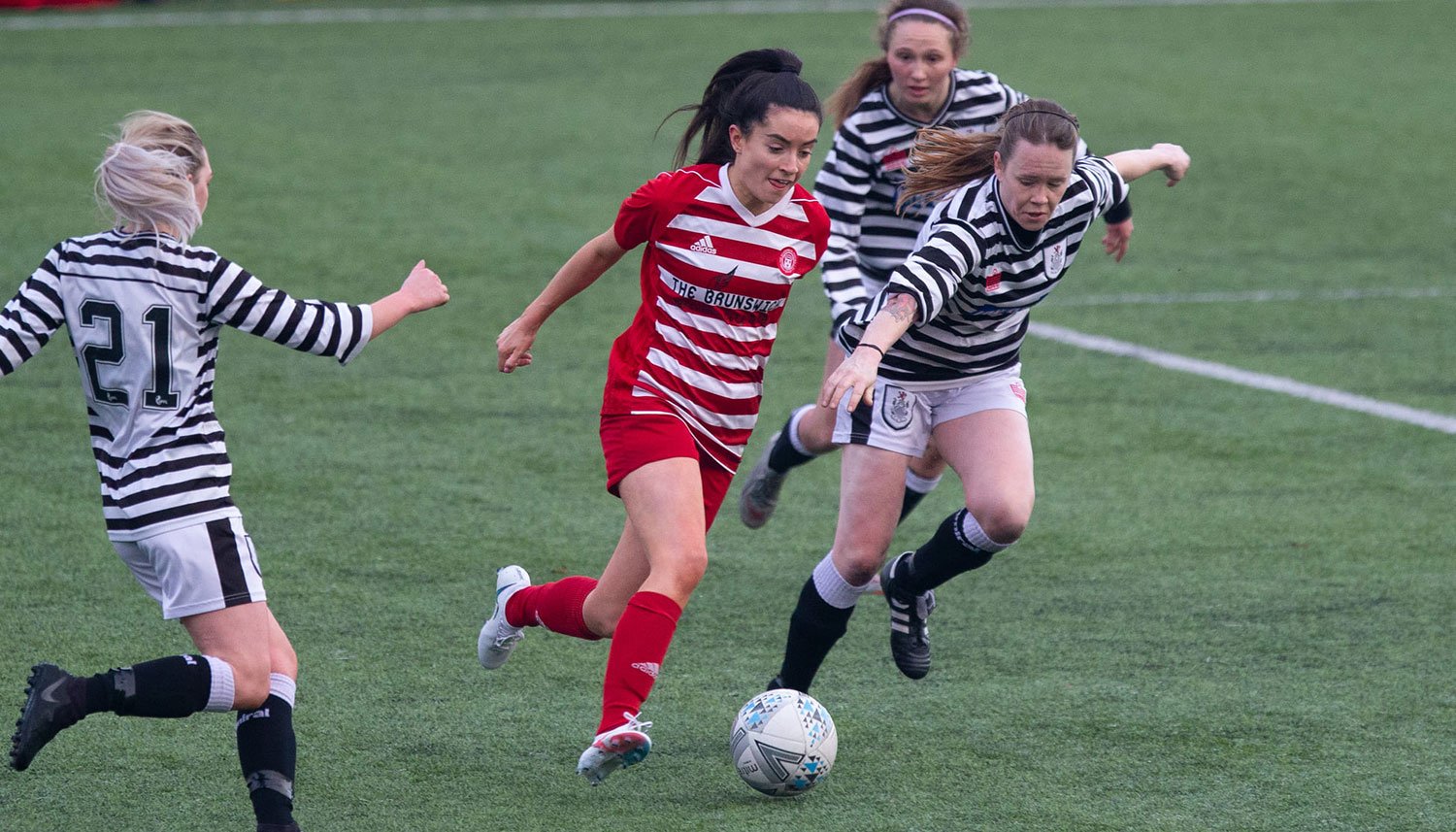 Queen’s Park lost 2–0 to a well-organised and tough Hamilton Academical side in the ninth round of the Scottish Building Society SWPL 2, suffering consecutive losses for the first time this season. Emma Lawton made her debut after signing from Manchester City, while Lauren Kerr and Emily Shearer were recalled into the starting eleven to replace Sophie McGoldrick, Hannah Fulton and Holli Coleman. These changes were made in order to find some solidity at the back, with Lawton looking to provide the cutting edge in the final third.

The game started at a good pace, with both teams looking for an early goal. First, Chloe Muir found herself in space behind the Queen’s Park defence, and her powerful left-footed strike was parried away by Katie Andrews. Then, it was the Spiders’ turn to attack, and the tireless Louisa Boyes played a through-ball to Mhairi Fyfe, whose first attempt was saved by Lauren Grant. With ten minutes played on the clock, Hamilton took the lead thanks to Dionne Brown, who calmly slotted home an inch-perfect delivery from Kirstie McIntosh. The Spiders started pushing for an equaliser while trying to find some rhythm in the final third.

Three minutes later, Hamilton doubled their lead after a penalty was awarded for a foul by Andrews. This decision came as a surprise to the Accies bench as well. Nevertheless, Hamilton captain Amy Anderson kept her cool from the spot to beat Andrews. Emma Lawton looked comfortable with the ball at her feet, while Chloe Docherty looked lively towards the end of the first half. A chance fell to Docherty from a corner which was not completely dealt with by the Hamilton defence, but her attempted volley was cleared off the goal line by Grant. Lawton, on the other hand, tried her best to influence the game in the dying moments of the first half. A few minutes later, a chance fell to Lawton when she was found in space by Boyes on the right wing, but her shot was comfortably saved by Grant.

A familiar second-half scenario for Queen’s Park, and a reaction was needed from the players. Queen’s Park shifted to a three-woman defence, and Sophie McGoldrick was brought in to support Samantha McManus. The second half was lacklustre, with both teams failing to produce any clear-cut chances, and Grant and Andrews were relatively less busy in the closing stages of the game. Determined to keep a clean sheet, the Hamilton defence did well to deal with Queen’s Park’s attacking efforts, and the game ended 2–0. One of the positives from this game was Lawton’s debut performance, as she looked lively and well-settled right from the first minute.

Next up for the Spiders are St Johnstone, a game which presents an opportunity to “avenge” the defeat suffered last weekend, and the last one before the Christmas break.