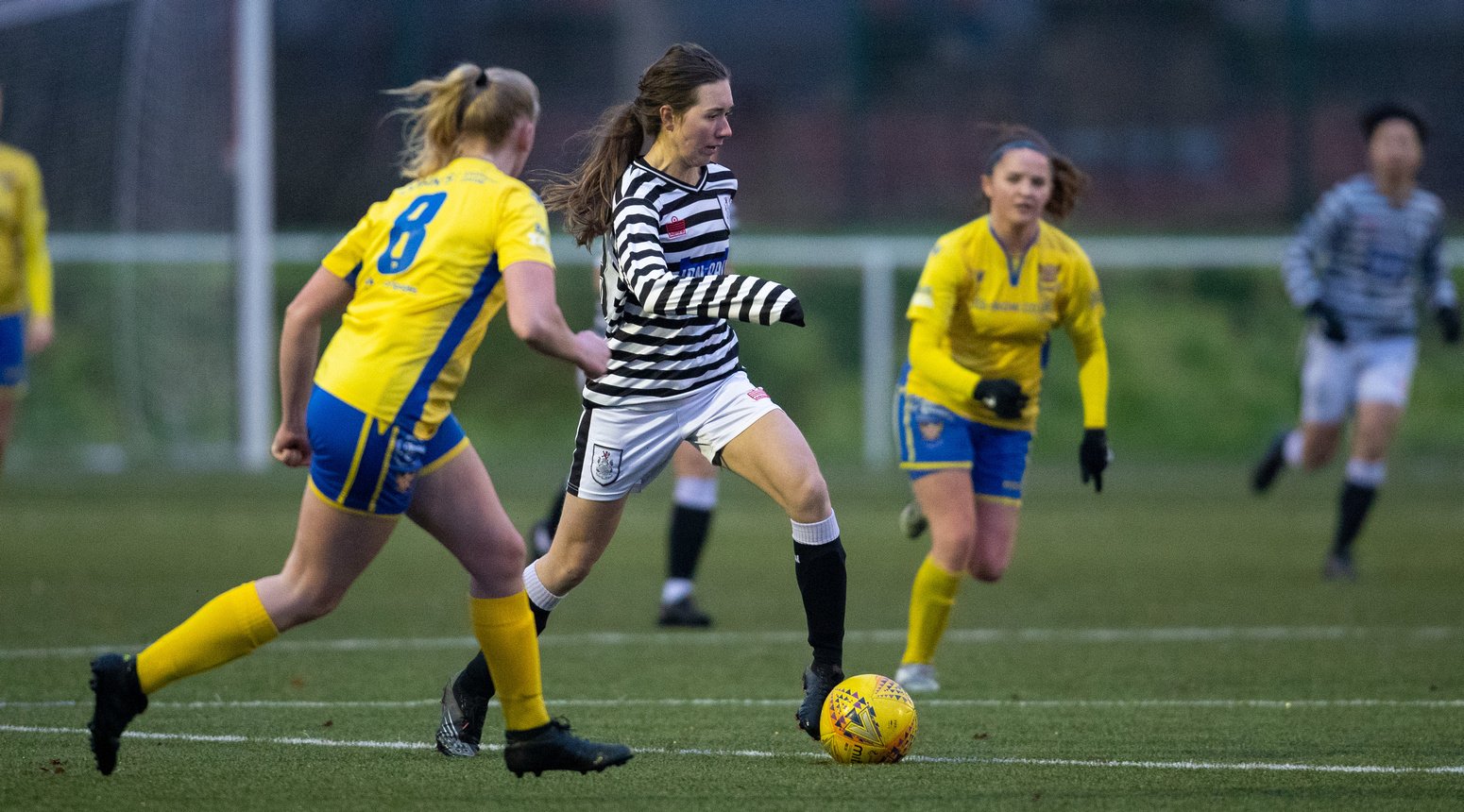 Queen’s Park fell to their first defeat in over a month as they were beaten 2–1 by St Johnstone on Sunday, in their final SWPL 2 game before the winter break. The Saints took the lead in the first half thanks to an unfortunate own goal, before Morgan Steedman added another in the second. On a more positive note, goalkeeper Sarah Rhind, who joined the club on loan from Hamilton Academical earlier this month, made her first appearance in goal for the Spiders.

“We’re obviously disappointed together,” said Head Coach Barry Rodgers after the game. “In a game where we thought, coming into it, that there was an opportunity for us to go and get the win, it just feels as if we weren’t anywhere near the best we could’ve been today. Still, I thought we did have a good start to the game, I thought the first thirty minutes were really positive in terms of our attacking play, and weren’t really troubled at all defensively, so that was good. It just feels as if the goal for St Johnstone just kind of caught us out a bit, and we maybe lost a bit of our rhythm.”

“And then, you always want to try and stay in the game for the second half, and then we’ve given St Johnstone a goal, something to defend again, something to hang on to, and it’s always difficult when you’re in the last twenty minutes of the game, having to score twice to even stay in it. So, we’ve been better, but even then, in the second half – I thought we had a really positive start to the second half, and really pushed it towards the end. The girls worked hard throughout, so happy with our workrate and effort, and I think we’ve learnt a bit today. We know now, again, what we’ve got to improve and work one going forward.”

So what can we expect in the second part of the season?

“Going into the new year, the second half of the season, I think it’s just an opportunity to push forward again, to keep trying to improve the way we have. I think over the past five, six weeks we’ve started to see the improvements. Again, it would’ve been nice to finish off with three points.”

“So that’s what we need to do in the second half of the season, just look to work hard, improve and approach each game with positivity – and know that we can compete, because I think we’ve got a squad that’s good enough to compete with all the teams in this league, so that will be the aim for the second half of the season. Taking one game at the time, looking to win each game, and by the time the end of the season comes, hoping to finish as high in the table as possible.”

Queen’s Park are back in SWPL 2 action on Sunday, 16th January against Kilmarnock. The Spiders have also been drawn away to SWPL 1 champions Glasgow City in the third round of the Scottish Women’s Cup; this match will be played on or before Sunday, 9th January.