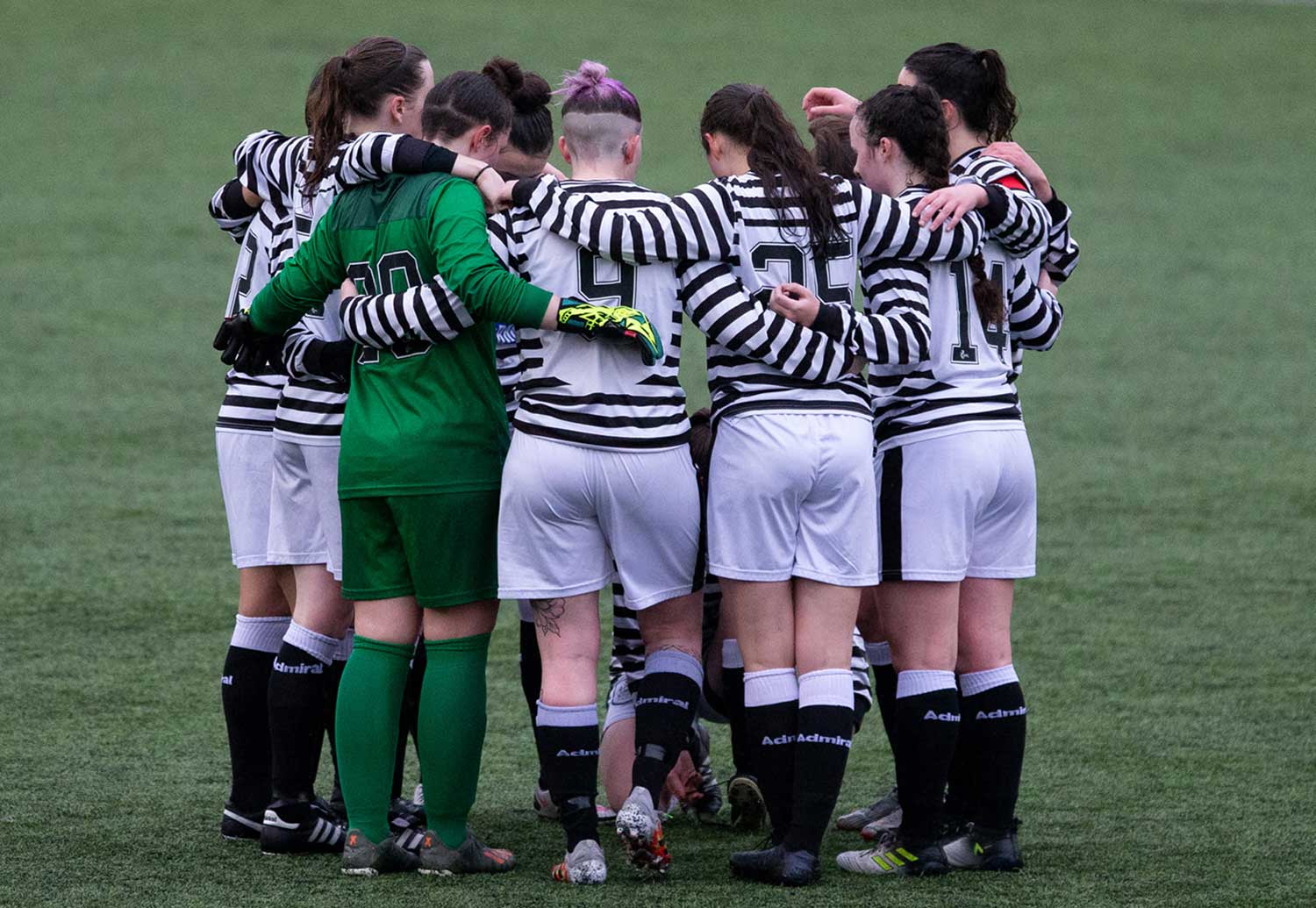 Queen’s Park suffered their third consecutive loss as they were beaten 3–0 by St Johnstone on Sunday, 13th December in the tenth round of the Scottish Building Society SWPL 2.

In this final game before the Christmas break, Queen’s Park certainly put in a much more spirited performance than in recent weeks and, despite the result, it can be said that this game lived up to the expectations, as both teams played entertaining football and were great to watch. Head Coach Mark Kirk made a couple of changes to the formation and personnel, as the Spiders shifted to a three-at-the-back system and Mhairi Crooks was brought in to support Samantha McManus up front. This tactical change also allowed Emma Lawton and Mhairi Fyfe to get forward and help out the attack more often.

As expected, Queen’s Park started the game with high intensity and tempo, applying high pressure and looking for a goal in the first few minutes. This positive start was almost rewarded after five minutes, when Emma Lawton found Louisa Boyes behind the Saints defence. However, St Johnstone goalkeeper Megan Sidey got the better of Boyes and managed to save her effort. It certainly looked like Sidey would be busier than her colleague Molly Reeve was in this same fixture a fortnight ago.

Queen’s Park were probably the better side in the opening twenty minutes, but St Johnstone managed to score from their first effort on target in the 22nd minute – courtesy of a great strike from Rachel Todd. An equaliser almost came minutes later, when Lawton found herself with a bit of time and space. This time, she decided to take on the St Johnstone defence and went past a defender to set up McManus, whose first-time shot was saved by the onrushing Sidey. The rebound fell to Crooks and she managed to fire her shot on goal from a tight angle, but her effort was brilliantly cleared off the line by Hannah Clark.

The second half began in a similar way to the first, and Boyes was presented with a couple of half-chances, but could do little with them. St Johnstone, who came into this game on the back of two consecutive league wins, sat deep to protect their lead, allowing Queen’s Park more time on the ball. The hosts then conceded a corner after a rare counter-attack, and when Fyfe’s half-hearted clearance fell to Todd on the edge of the box, the St Johnstone player wasted no time to double their lead.

It was time to make a couple of changes. Kirk reacted to the second goal by bringing on Hannah Fulton and Holli Coleman for Ho Wan Tung and Chloe Docherty. Ten minutes later, he made three more substitutions, bringing on Sophie McGoldrick, Demi Potts and Hannah Robinson in place of Lauren Kerr, Mhairi Fyfe and Emma Lawton. Unfortunately, the game was effectively over as soon as Clark managed to beat Andrews at the near post in the 83rd minute, capping off a brilliant performance with a goal. As a result, the game ended with the same score as the previous one which took place two weeks ago in Perth, three-nil to St Johnstone.

Queen’s Park will be back in SWPL 2 action after the winter break against Hamilton Academical on Sunday, 17th January 2021.