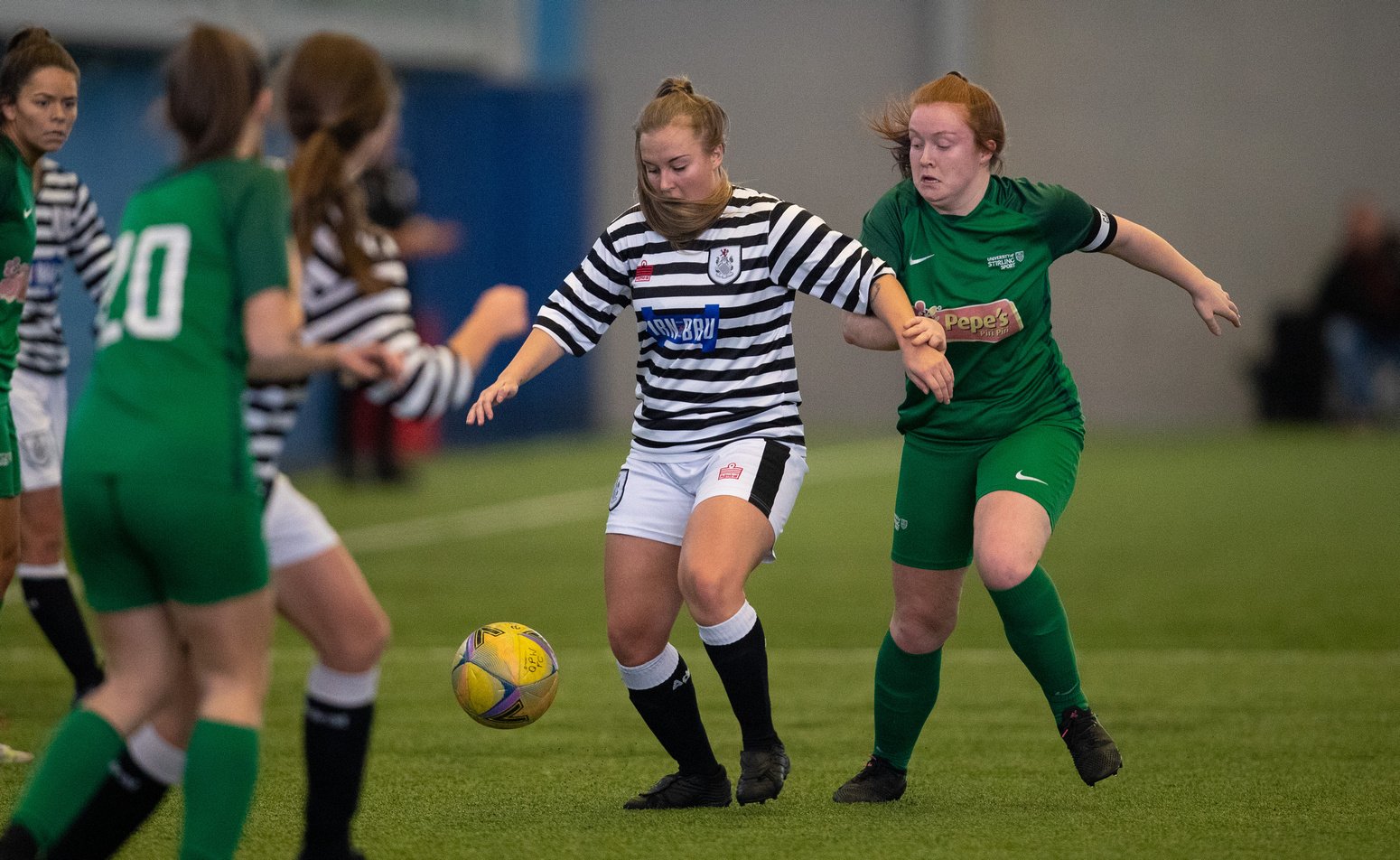 The Spiders suffered a disappointing 2–0 defeat to Stirling University in Sunday afternoon’s SWPL 2 clash. After a goalless first half, the visitors took full advantage from their chances in the second period, with Rebecca Robertson and Iris Ramage on target to bag all three points for Tim Jones’ side.

The first ten minutes of the match saw both teams edging their way into the contest, with Mhairi Fyfe looking particularly dangerous for the hosts. Queen’s Park suffered a blow when goalkeeper Rachael Caddell had to come off in the 16th minute and was replaced by Truly Pollard, who made her second league appearance for the Spiders.

Recent signing Gillian Sloey fired a couple of dangerous shots at Ellie Mitchell’s goal; the first one hit the crossbar, the second was saved by the goalkeeper. Hannah Fulton also put in a good shift and had a pair of shots from distance saved by Mitchell. The Queen’s Park defence did well to contain the Stirling attack, and Pollard made a few good saves late in the half.

The visitors started the second half strongly, forcing Pollard to make a couple of strong saves early on. Fyfe shot over and Holly McIndoe worked hard to create a chance for herself, but the Stirling defence held strong. Rebecca Robertson then made it 1–0 Stirling in the 53rd minute; the goal seemed to give the visitors a confidence boost, and soon they had a great opportunity to double their lead, but failed to take advantage of a defensive mistake by the home side.

The Queen’s Park attackers didn’t give up, though, and created a good chance a few minutes later, and Kinga Koronkiewicz also had a free-kick saved by Mitchell. In the 60th minute, Barry Rodgers made two more changes: Emily Shearer came on to replace Ho Wan Tung, while Lauren Kerr was replaced by Abbi McDonald. Meanwhile, Stirling kept pushing for a second, and were finally rewarded when Iris Ramage slotted home in the 73rd minute.

Rodgers made one last substitution, with Frances Hopgood replacing McIndoe. Stirling had a few more half-chances in the dying minutes and were probably unlucky not to get another, but the Queen’s Park defence defence did well to prevent further goals.

Queen’s Park are back in action on Sunday, 17th October against Kilmarnock.