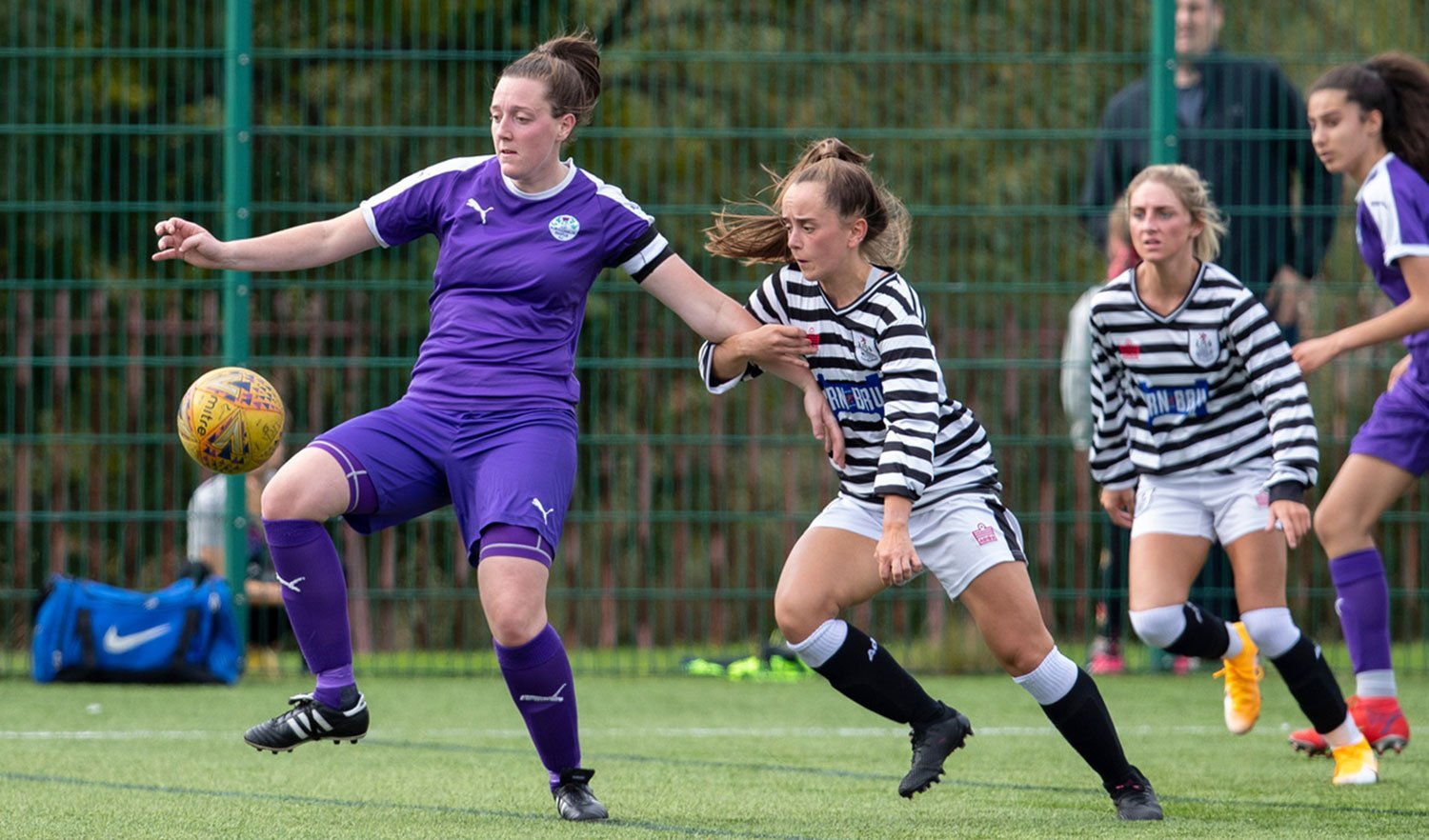 Queen’s Park suffered a narrow 2–1 defeat against Boroughmuir Thistle on Sunday afternoon, in their first match of the 2021/22 SWPL 2 campaign. Samantha Duncan opened the scoring in the first half and found the back of the net again in the 60th minute to give the visitors all three points at the Nethercraigs Sports Complex, in what was a disappointing afternoon for the Spiders.

Head Coach Barry Rodgers made three changes to the side that faced Motherwell two weeks ago: Jayne Cameron replaced Lauren Ray in defence, Demi Potts replaced the absent Holly McIndoe, while loan signing Kinga Koronkiewicz made her debut for the Spiders, replacing Courtney Whyte – who has left the club to join Motherwell – in the starting eleven.

The Edinburgh side started brightly and created some half-chances in the opening stages, but Queen’s Park responded well, and soon started creating more chances of their own and putting pressure on the Boroughmuir defence. The first real opportunity came in the 5th minute, when Demi Potts took a shot from a tight angle, but her effort was well-saved by Katie Moodie.

The Spiders then forced four corners in quick succession and came agonisingly close to scoring the opener, but the Boroughmuir defence stood firm and kept the hosts out. Rachael Caddell also made a couple of great saves early in the first half to deny Samantha Duncan and Beth McLeod.

Duncan opened the scoring in the 27th minute, when she struck past Caddell and into the empty net from close range. The remainder of the first half was relatively quiet, with few chances for either side, and the Spiders went into the break one goal down.

Queen’s Park made a dream start to the second half, forcing an own goal in the opening five minutes. Both sides launched attacks in search of the winner, with Lauren Kerr, Mhairi Fyfe and Louisa Boyes all coming close.

Unfortunately, Duncan made it 2–1 in the 60th minute with another good strike from close range. Barry Rodgers then made a couple of changes, with Lauren Ray and Frances Hopgood coming on to replace Jayne Cameron and Emily Shearer, respectively. Caddell made another great save in the 83rd minute, preventing the visitors from adding another.

The Spiders kept looking for an equaliser, but the visitors probably had the better chances in the second half. There was a lengthy stoppage late on as Abbi McDonald went down in pain and was later carried off the pitch by some of her teammates and members of staff. She was replaced by Cara Anderson in the 89th minute.

The Spiders are back in SWPL 2 action on Sunday, 19th September against Dundee United.