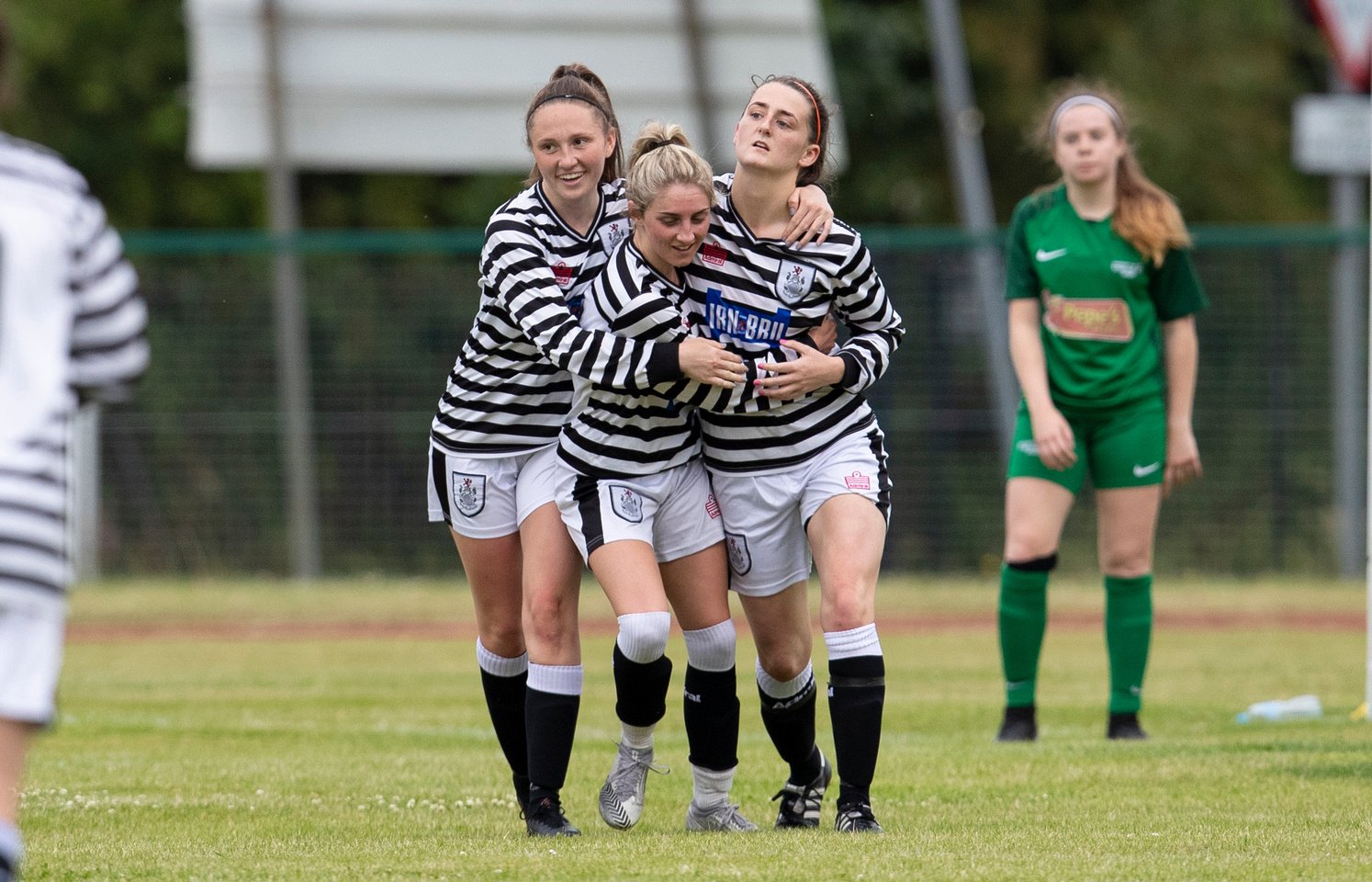 Queen’s Park had to settle for a 1–1 draw with Stirling University in the third-last match of the 2020/21 Scottish Building Society SWPL 2 season. Mhairi Fyfe made it 1–0 for the Spiders in the 22nd minute, but Anna Dickov’s second-half equaliser meant that the points were shared in what was an entertaining and highly-contested game between the two sides at the Nethercraigs Sports Complex in Glasgow.

Eight changes were made from the starting lineup that faced Kilmarnock last Sunday. Helen McLeod, Samantha Davies and Demi Potts all returned to the starting eleven, and three players from our U19s team – Philippa MacConnell, Carly Brown, and Erin Stewart – made their first-team debut. MacConnell and Brown both started, while Stewart replaced Brown in the second half. Striker Jemma Hughes and midfielder Sophie Osman – who both made their first appearance for the senior team against Aberdeen on 6th June – made their first start, while loan signing Emma Lawton made her first appearance of 2021 as a substitute, replacing Hughes in the 85th minute.

The first ten minutes seemed to set the tone for the rest of the first half, with both teams displaying high intensity from the get-go and coming agonisingly close to scoring the opening goal on several occasions. Queen’s Park’s new-look defence dealt well with the threats posed by Stirling, with Helen McLeod and Samantha Davies making a couple of good tackles early on and Ho Wan Tung putting in one of her best performances in a black-and-white shirt so far.

The best chance of the half fell to Jemma Hughes in the 15th minute, but her shot was well saved by the Stirling goalkeeper. Fortunately, less than ten minutes later it was 1–0 as Mhairi Fyfe scored her second goal of the season, tapping home from close range after some excellent work down the right from Demi Potts.

Even though the second half lacked the same intensity of the first, it was no less entertaining. The Spiders had a few more half-chances, most notably through Hughes and Fyfe, but failed to capitalise and were punished by the visitors in the 64th minute, when Anna Dickov made it 1–1 with an impressive long-range strike. Despite the result, there were certainly plenty of positives for Queen’s Park to take from this performance, and it was great to see some of the U19s players perform so well against SWPL 2 opposition.

Queen’s Park are back in SWPL 2 action on Sunday, 27th June against Partick Thistle.