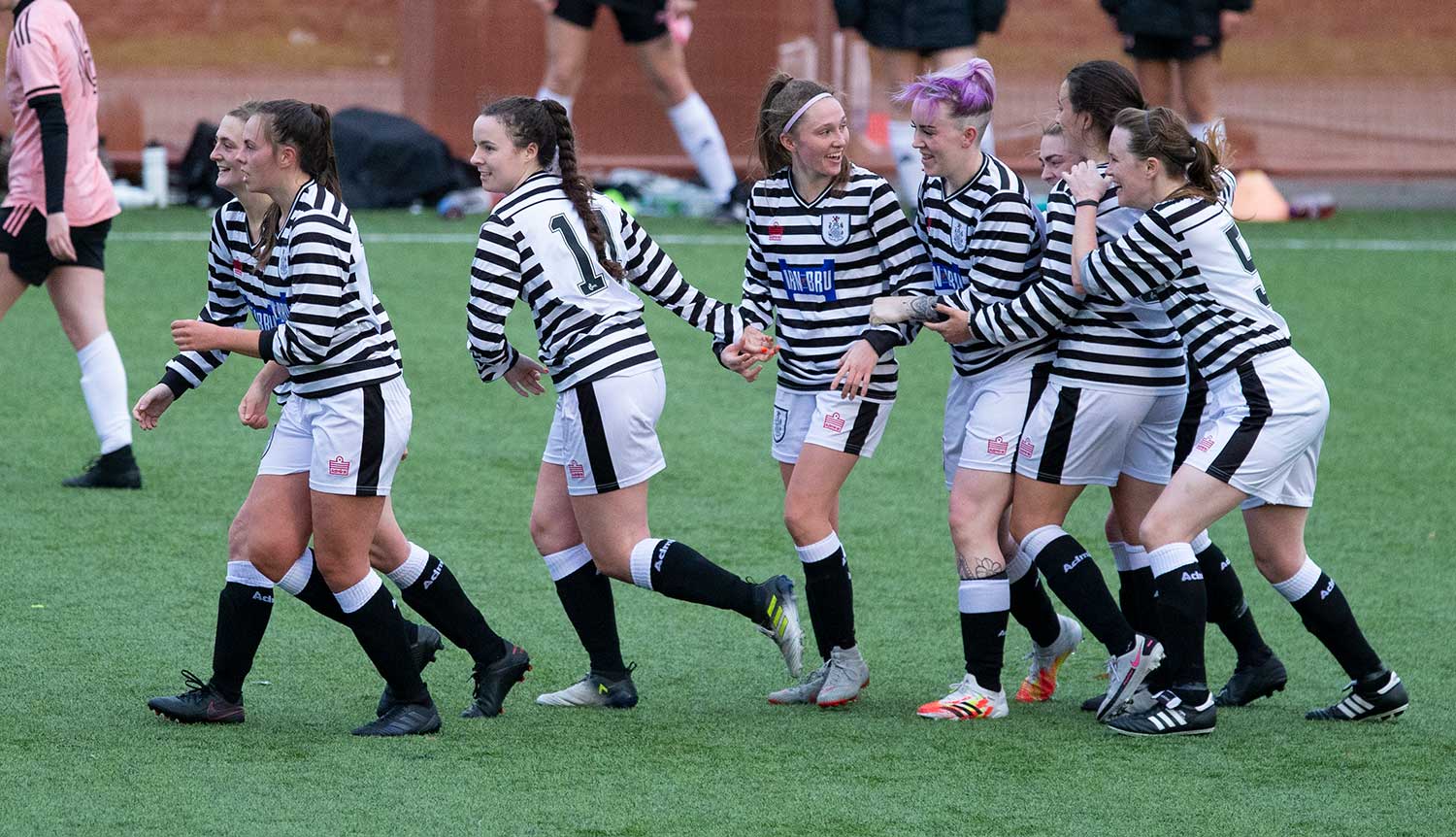 Mhairi Crooks and Louisa Boyes both scored their first goals for the club as Mark Kirk’s side registered their first win of the 2020–21 Scottish Building Society SWPL 2 season. Crooks scored in the first half with a well-taken strike, while Boyes capped off a brilliant performance with a late goal in the dying moments of the match to secure the points.

Following a week of hard work both on and off the field, Queen’s Park were rewarded with a much-needed win to get their season up and running. Head Coach Mark Kirk made one change to the starting eleven from the previous game, with club captain Jayne Cameron coming in for Kirsty MacDonald. Cameron provided some additional stability at the back, and gave a commanding display in the heart of the defence. “Jayne is our captain, she’s an experienced player, and we definitely missed her last week [against Partick Thistle],” Kirk said in his post-match interview. “She definitely had an influence in our win today.”

The first half saw Queen’s Park dominating the ball and pressing the opponents higher up in their own half, which worked well and in the home side’s favour. Emily Shearer and Lauren Kerr performed well in the midfield, doing a good job of shielding the defence, and very little went past them. Glasgow Women found it difficult to break through the Spiders’ defence, leaving Rachael Caddell relatively untroubled in goal. Mhairi Crooks then scored her first goal for the club after a nice first touch and a good finish in the 33rd minute.

Helen McLeod dealt well with the threat coming down the left side from Glasgow Women, who began to put more pressure on the hosts in the second half. However, the confidence amongst the home team was evident when Shearer tried to surprise Chloe Gibney by trying to score directly from a corner, only to see her effort hit the outside of the post. The substitutions in the second half saw Sophie McGoldrick, Hannah Fulton and Samantha Davies come on for Chloe Docherty, Lauren Kerr and Samantha McManus.

A rare chance for the visitors came from a set-piece, with a well-taken free-kick just brushing the outside of the post.

In the final moments of the game, McLeod forced Gibney into a brilliant save from a close-range header. Stoppage time saw Boyes secure all three points for the Spiders, after she pounced on a poor back-pass and rounded the ‘keeper. “I thoroughly enjoyed playing in a new forward role and having the chance to help in the final third of the pitch,” Boyes said after the game. “Scoring was the icing on the cake!”

Queen’s Park are back in action on Sunday, 1st November, when they face Aberdeen away in the SWPL 2.