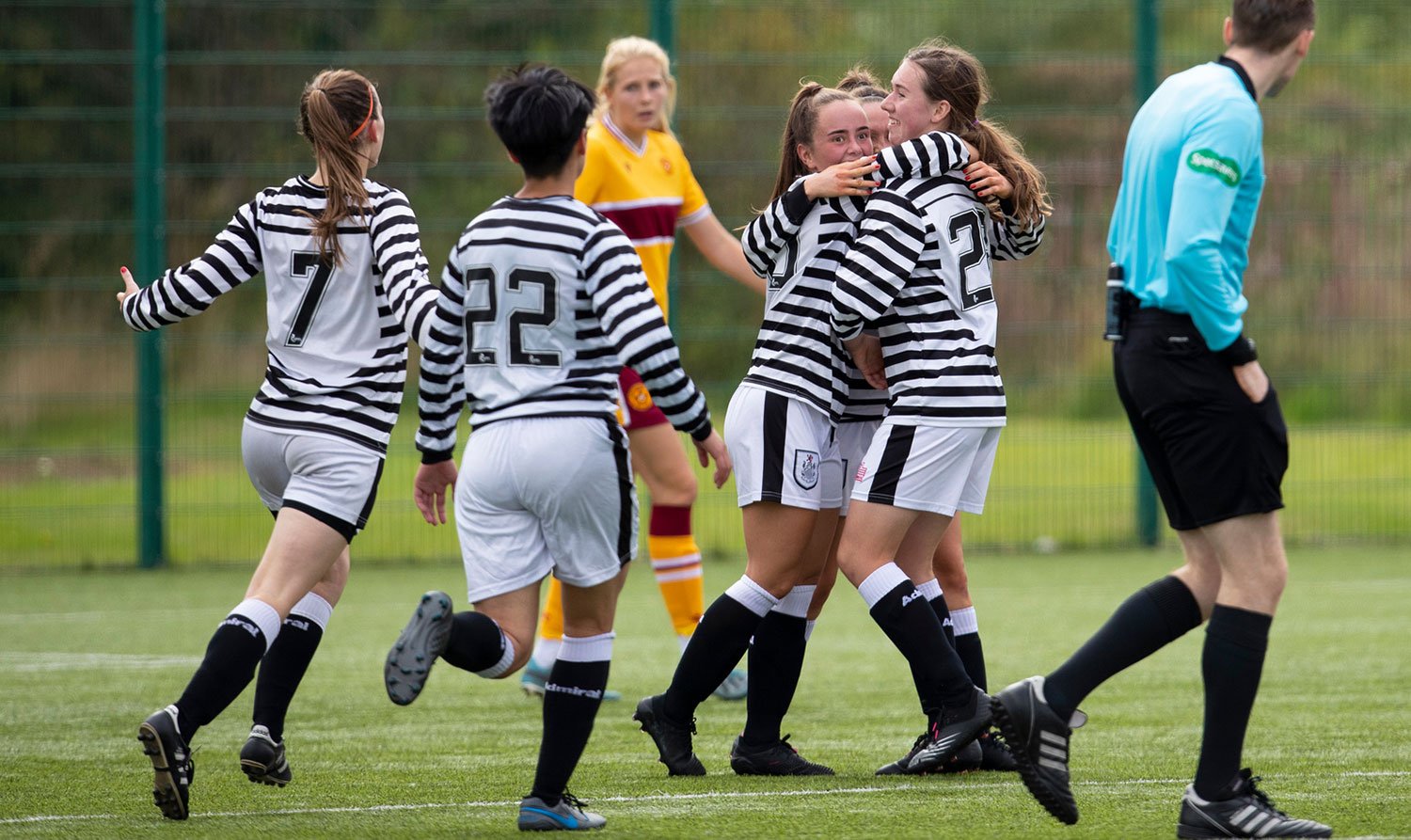 Queen’s Park were narrowly beaten 3–2 by SWPL 1 side Motherwell in an entertaining five-goal thriller at the Nethercraigs Sports Complex on Sunday afternoon, in which new signing Holly McIndoe found the back of the net twice in the second half.

Head Coach Barry Rodgers made three changes to the side that won in Edinburgh last Sunday. In came Samantha Davies for Jayne Cameron, Mhairi Fyfe for Frances Hopgood, and Holly McIndoe for Demi Potts.

After an even opening period, Motherwell had their first real chance of the game in the 21st minute, when a header went over the bar much to the relief of the home side. Five minutes later, the visitors came close again as Gillian Inglis played in Abby Callaghan, but her shot lacked power and was easily gathered by Queen’s Park goalkeeper Rachael Caddell.

Callaghan had another golden opportunity a few moments later, but her effort hit the post and Caddell was quick to gather the loose ball. The visitors had a few more opportunities in the first half but were victims of several offside decisions, and the sides went into the break on level terms.

It was Motherwell who opened the scoring in the 47th minute, after Eilidh Martin’s cross found Gillian Inglis and the Motherwell captain made no mistake as she fired beyond Caddell to give her side the lead.

The hosts responded well to falling behind and enjoyed a spell of possession, before Mhairi Fyfe found Holly McIndoe at the edge of the box, and her strike went past Khym Ramsey and into the bottom right-hand corner of the net.

McIndoe doubled the home side’s advantage less than ten minutes later, when McDonald’s diagonal cross found McIndoe and the forward made it 2–1 with a great finish from close range – her third goal in two matches.

The visitors kept pushing for an equaliser, and their efforts were rewarded in the 66th minute when Chelsie Watson struck home following a Gillian Inglis corner. Motherwell then won another corner and a great delivery was met by the head of second-half substitute Claire Crosbie, who coolly placed her header past Caddell and into the back of the net. The Spiders made their first change of the afternoon, as Frances Hopgood replaced Mhairi Fyfe.

Queen’s Park never gave up; Louisa Boyes came close to scoring in the 80th minute, and Demi Potts and Cara Anderson were both introduced in place of McIndoe and McDonald, but ultimately the scoreline remained the same, with Motherwell holding strong until the final whistle. Result aside, a fourth-place finish in a group that included three strong SWPL 1 sides is something that the Spiders can be proud of and build on as they continue to prepare ahead of the new SWPL 2 season.