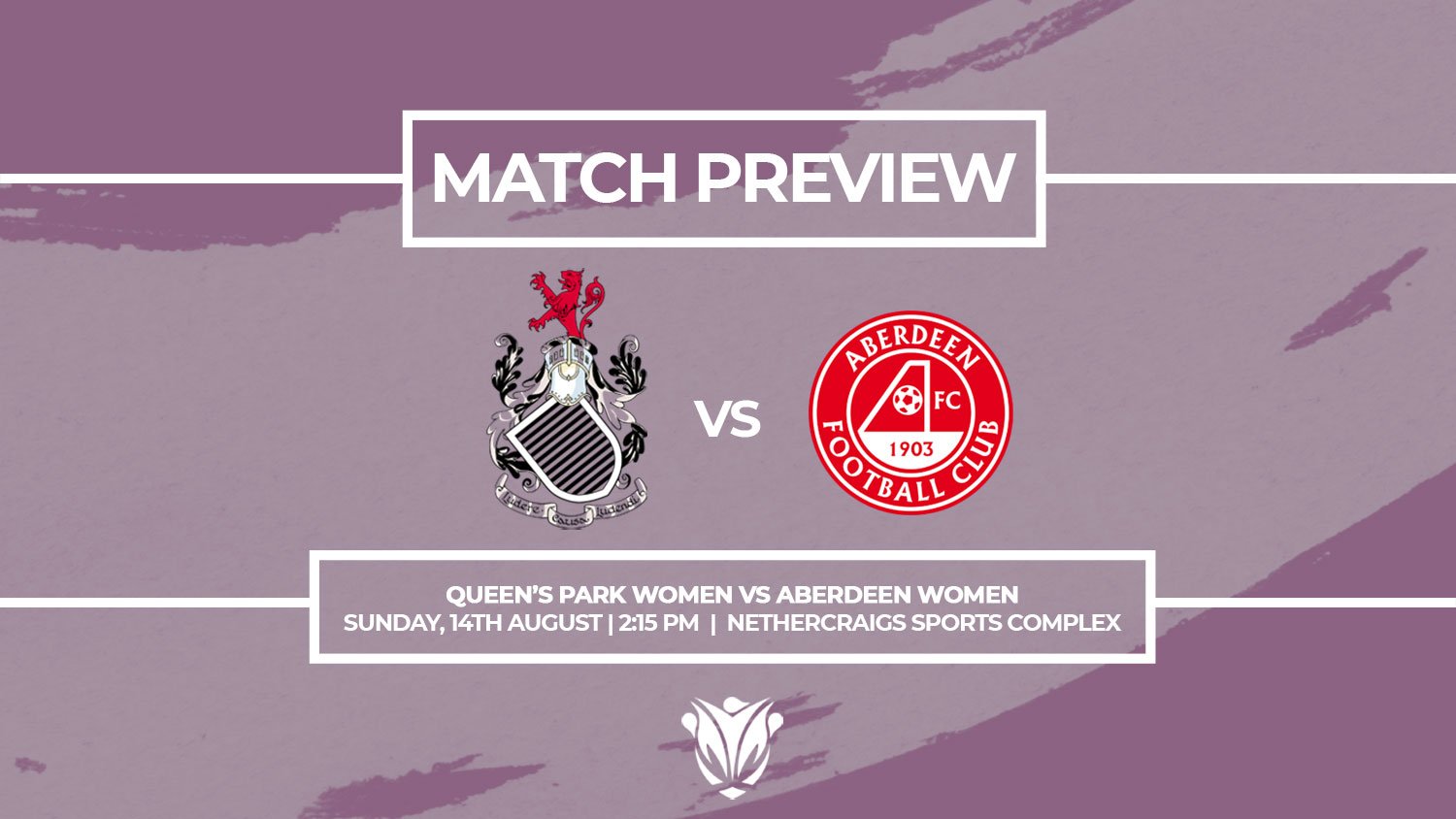 Queen’s Park Women return to action this weekend as they welcome Aberdeen to the Nethercraigs Sports Complex in the SWPL Cup. The match kicks-off at 2:15 PM. Spectators are allowed, but they must adhere to the current Scottish Government guidelines and social distancing rules at all times.

Queen’s Park have been drawn in Group A of the SWPL Cup, alongside Rangers (SWPL 1), Hamilton Academical (SWPL 1), Motherwell (SWPL 1) and Boroughmuir Thistle (SWPL 2). Having faced Rangers last weekend, the Spiders will now play against Aberdeen (15th August) and Motherwell (29th August) at home and Boroughmuir Thistle (22nd August) in Edinburgh.

Last season (2020/21), Aberdeen finished in first place in the SWPL 2, with 16 wins and 2 losses, scoring 76 goals and conceding 18. As a result, they won promotion to the SWPL 1, where they are set to compete for the first time since 2017. This summer, they have signed midfielder/defender Donna Paterson, who was Forfar Farmington’s top scorer last season in the SWPL 1.

The last meeting between the two sides took place on Wednesday, 9th June 2021 in the SWPL 2. After a goalless first half, Scotland youth international Francesca Ogilvie opened the scoring in the 64th minute with a wonder goal from thirty yards out, and later completed her hat-trick as Aberdeen were awarded two penalties in the final 10 minutes.

“It’s a game that we are really looking forward to,” said Head Coach Barry Rodgers. “It will be another good test – Aberdeen are a good side, they had a really good season last year and did well to get promoted, so we know that there will be challenges”.

“But I think from last week we have definitely learnt more about ourselves,” he added. “There were positives to take from last week and things that we have worked on during the week, and we are one step closer to where we want to be as a team, and Sunday will be an opportunity to go out and put that into practice. We are looking to impose ourselves on the game, as well as dealing with the challenges that Aberdeen brings”.