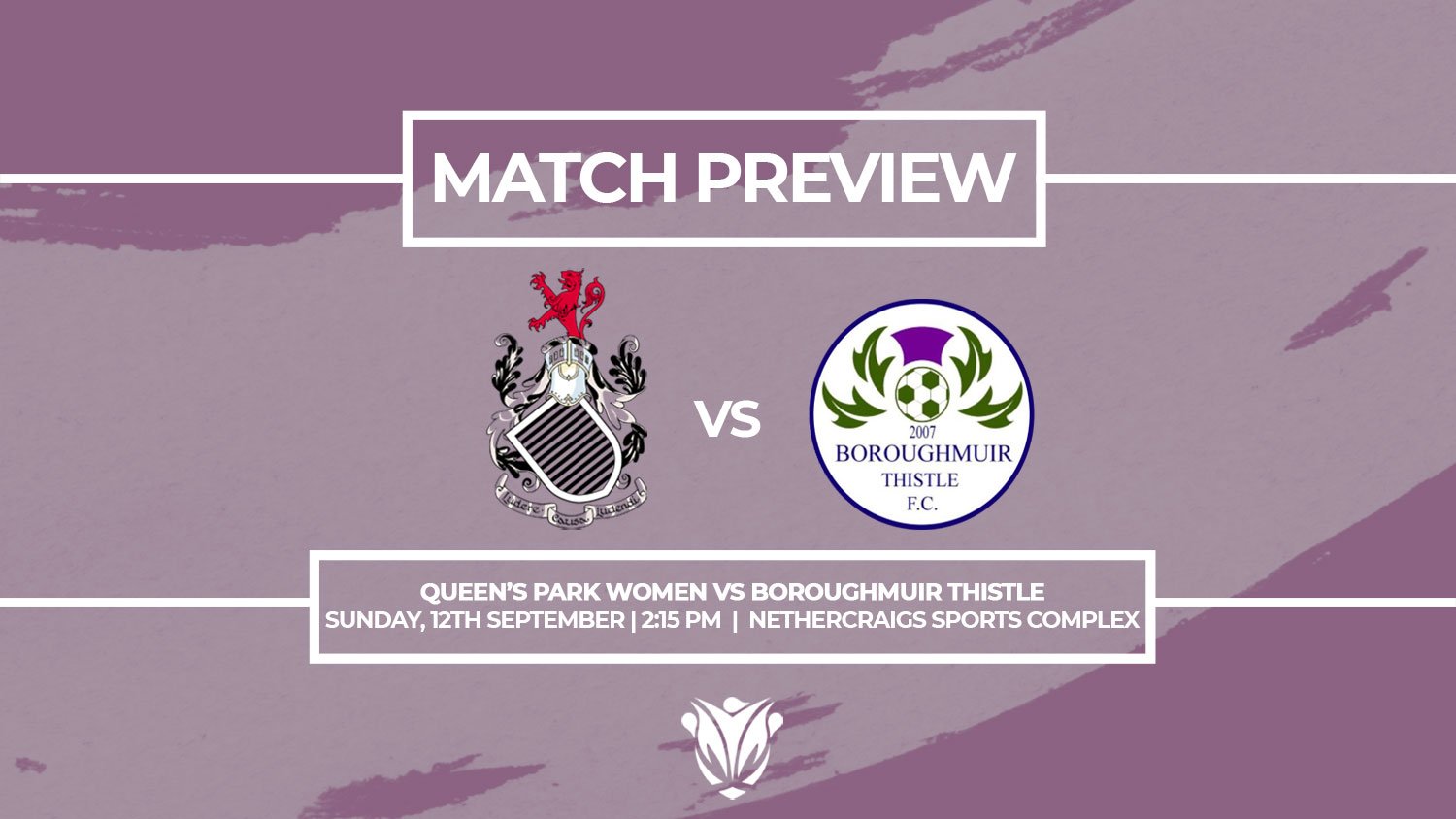 Queen’s Park are looking to start their 2021/22 Scottish Women’s Premier League 2 campaign with three points when they take on Boroughmuir Thistle on Sunday, 12nd September at the Nethercraigs Sports Complex in Glasgow. The match kicks-off at 2:15 PM. Spectators are allowed, but they must adhere to the current Scottish Government guidelines and social distancing rules at all times.

“I think it’s going to be a really good season,” Head Coach Barry Rodgers said in our season preview. “We know that the SWPL 2 is gaining more competitiveness all the time, so we are looking forward to the challenge and are excited to see what this season will bring”.

THE SEASON SO FAR

Queen’s Park finished in fourth place in their SWPL Cup group, behind SWPL 1 sides Rangers (8–0 L), Aberdeen (4–0 L) and Motherwell (3–2 L), and ahead of SWPL 2 rivals Boroughmuir Thistle (3–0 W). New signing Holly McIndoe has already scored three goals for the Spiders – two against Motherwell and one against Boroughmuir Thistle.

As Aberdeen, Hamilton Academical and Partick Thistle were all promoted to the SWPL 1 at the end of the 2020/21 season, there are now only seven teams in the SWPL 2. This weekend, Kilmarnock host Dundee United at Rugby Park, while Glasgow Women travel north to face St Johnstone in Perth. A list of the full fixtures can be found here.

Queen’s Park last faced Boroughmuir Thistle a few weeks ago, on Sunday, 22nd August 2021, in the SWPL Cup. A Courtney Whyte second-half brace and a strike from Holly McIndoe sealed the win for the Spiders, who ran out 3–0 winners in Edinburgh. A full match report can be read here.

Last weekend, they began their league campaign with a 4–1 win over St Johnstone in Edinburgh, thanks to an Alix Wilkinson penalty and goals from Samantha Duncan, Beth MacLeod and Elvie McLean.

“We’re really excited to get our season started. It’s been about anticipation for ourselves, obviously, being the free team last week, so to get the ball rolling this week is going to be good for us,” said Barry Rodgers. “Again, it’s just been another good week of preparation, working hard in training, really buying into what we’re doing, and showing our qualities.”

“We know that Boroughmuir is going to be a tough test tomorrow,” he added. “They’re in a good bit of form, they got a good win last week against St Johnstone, and they’ve got good players. Again – it’s just another opportunity for us to show up, prove ourselves and compete. We’re looking forward to the game, we aim to do well in the game and hope to come away with the three points”.