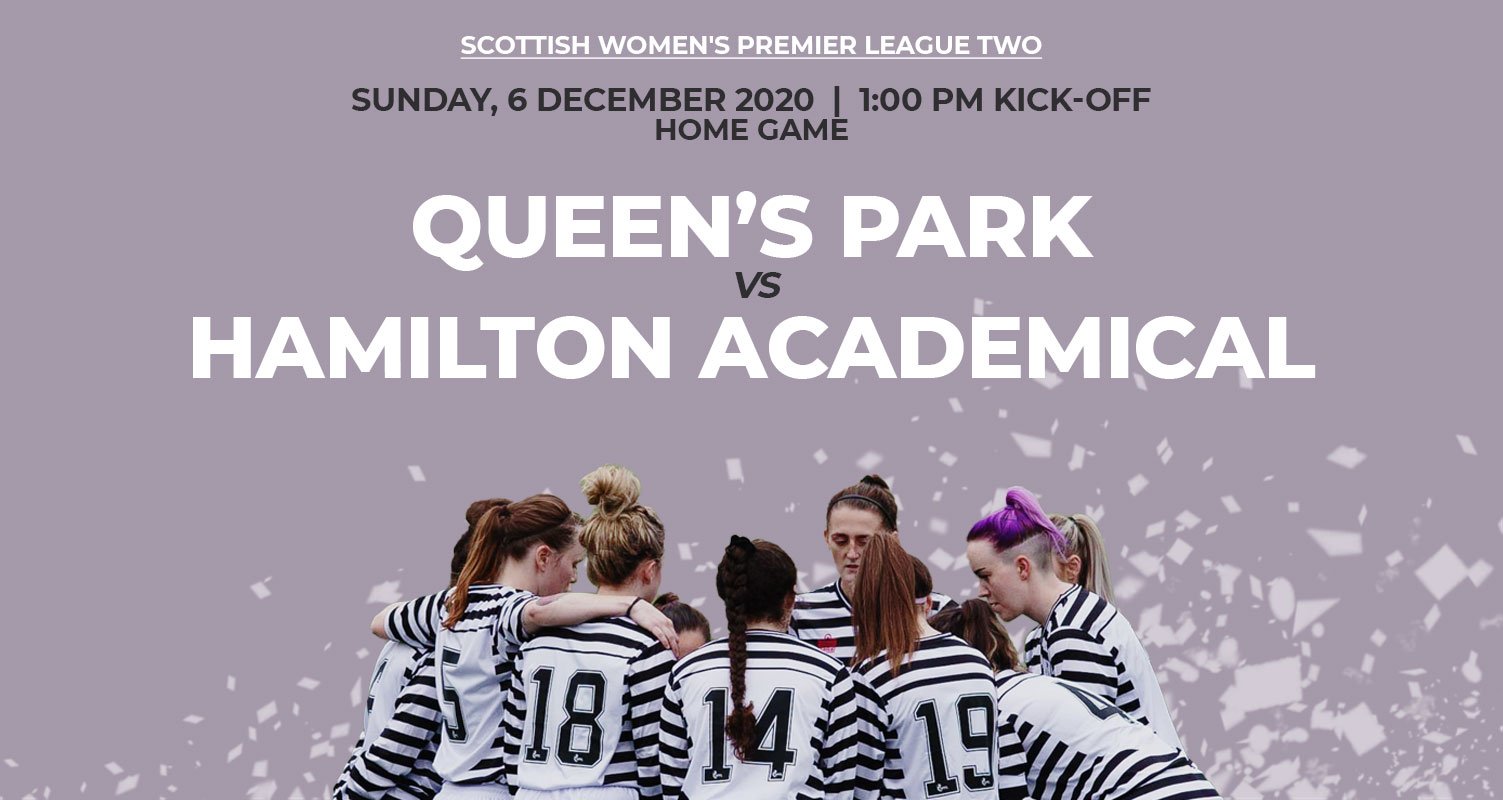 Queen’s Park will be aiming to bounce back from last week’s defeat against St Johnstone with a win at home to Hamilton Academical on Sunday, 6th December in the ninth round of the Scottish Building Society SWPL 2. The game kicks-off at 1PM. Spectators are not permitted under current government guidelines.

This weekend, St Johnston travel to Glasgow to face Glasgow Women at New Tinto Park, Boroughmuir Thistle host Partick Thistle at the Meggetland Sports Complex, Stirling University face Aberdeen at home, while Kilmarnock and Dundee United take on each other at Rugby Park. A list of the full fixtures can be found here.

The most recent meeting between the two sides came in the SWPL 2 on Sunday, 25th September 2016. The match ended 4–0 to Hamilton Academical, with goals from Laura Gallen (1), Lori Gardner (2) and MT Gardiner (1).

Queen’s Park faced Hamilton in the SWPL Cup back in February; however, the 2020 season was declared null and void by SWF due to Covid-19.

Last season (2019), Hamilton finished in second place, with 12 wins, 5 draws and 4 losses; they scored 84 goals (the best attacking record in the SWPL 2) and conceded 19 (the second best defensive record in the SWPL 2). Their captain Amy Anderson was named SWPL 2 Player of the Year at the 2019 SWF Awards, while striker Dionne Brown finished the season as the joint top-scorer in the SWPL 2 with 15 goals.

Hamilton started off the 2020–21 season with a 3–1 win over Boroughmuir Thistle on 18th October. Their second win came the following weekend, when they beat Kilmarnock 1–0, thanks to an 87th minute goal from Georgina McTear; as Kilmarnock fielded an eligible player, a 3–0 win was subsequently awarded to Hamilton. In the month of November, they played a total of six matches, recording two wins against Partick Thistle (3–1) and Stirling University (8–0), a draw with St Johnstone (2–2), and three losses to Glasgow Women (2–1), Aberdeen (1–0) and Dundee United (2–1). Last weekend, Gary Doctor’s side won 8–0 win against Stirling University, thanks to a debut hat-trick from Josephine Giard, an Amy Anderson double and strikes by Dionne Brown, MT Gardiner and Nichola Sturrock, and they will be looking to get another three points on the board this Sunday.