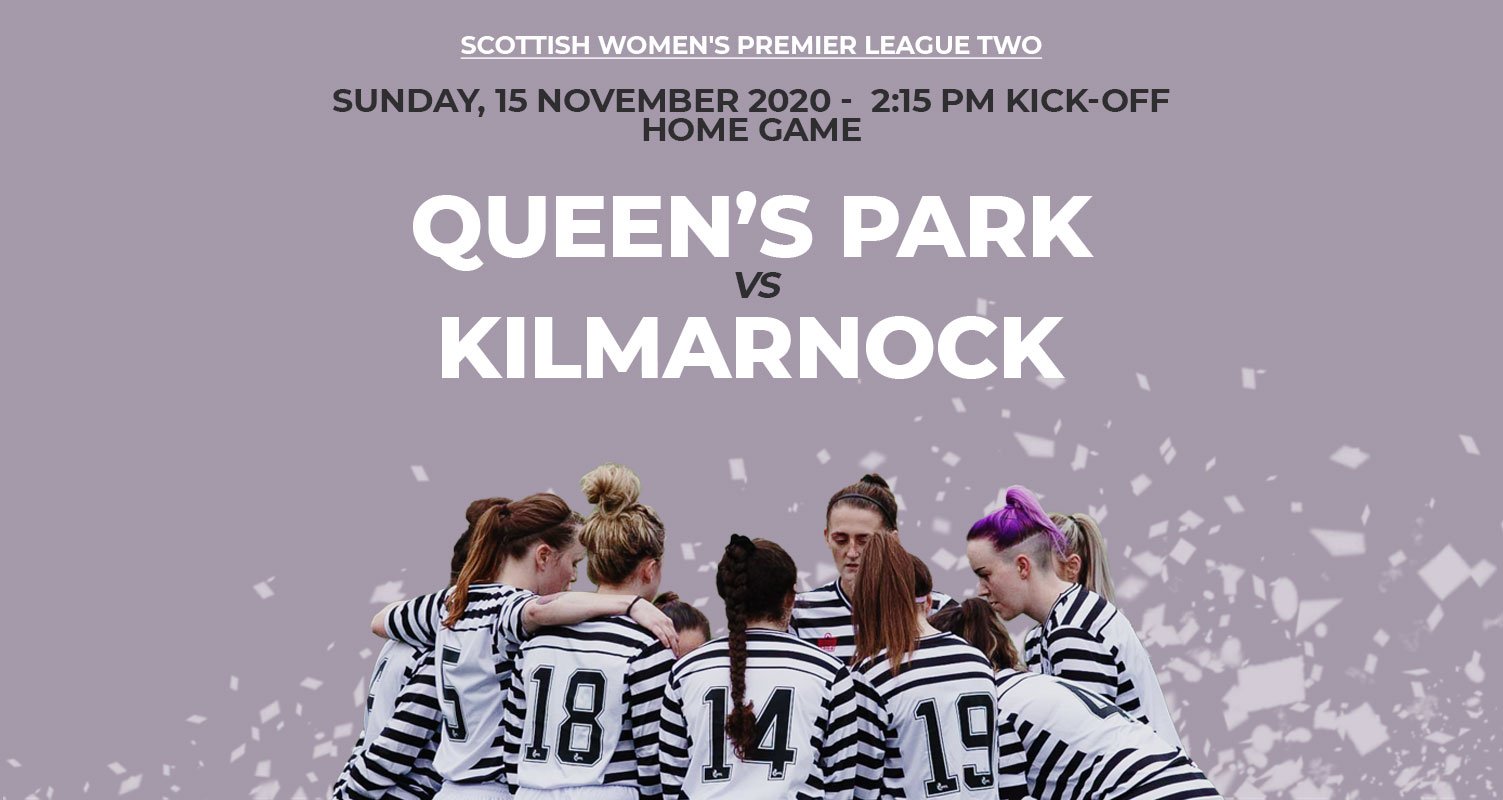 Queen’s Park Women are back in SWPL 2 action on Sunday, 15th November as they face Kilmarnock at home. The match kicks-off at 2:15 PM. Spectators are not permitted under current government guidelines.

This weekend, Aberdeen travel down to South Lanarkshire to take on Hamilton Academical at New Douglas Park, Glasgow Women host Boroughmuir Thistle, Dundee United travel to meet St Johnstone in Perth, while Partick Thistle face Stirling University at the Gannochy Sports Centre. A list of the full fixtures can be found here.

Queen’s Park faced Kilmarnock three times in the 2017 season. On 19th February, the Spiders lost, 6–0, to the Rugby Park side in the SWFL 1 Cup. Four months later, on 4th June, Queen’s Park won 3–1 at home in the league. The last official meeting between the two came in October, when the Spiders narrowly lost, 3–2, the last game of the 2017 SWFL 1 South season.

Kilmarnock narrowly lost, 1–0, to Hamilton Academical in their first match of the 2020–21 SWPL 2 season. As Kilmarnock fielded an eligible player, a 3–0 win was subsequently awarded to Hamilton. On 1st November, they recorded their first win of the season with a one-nil victory against Boroughmuir Thistle, thanks to a last-minute goal from Laura Neil. The following week, they recorded a 2–1 home win over Stirling University, with goals from Rebecca Galt and Kirsty Munro. Andy Gardner’s side will be looking for a return to winning ways against Queen’s Park after a narrow defeat (2–1) at the hands of Partick Thistle last Sunday.