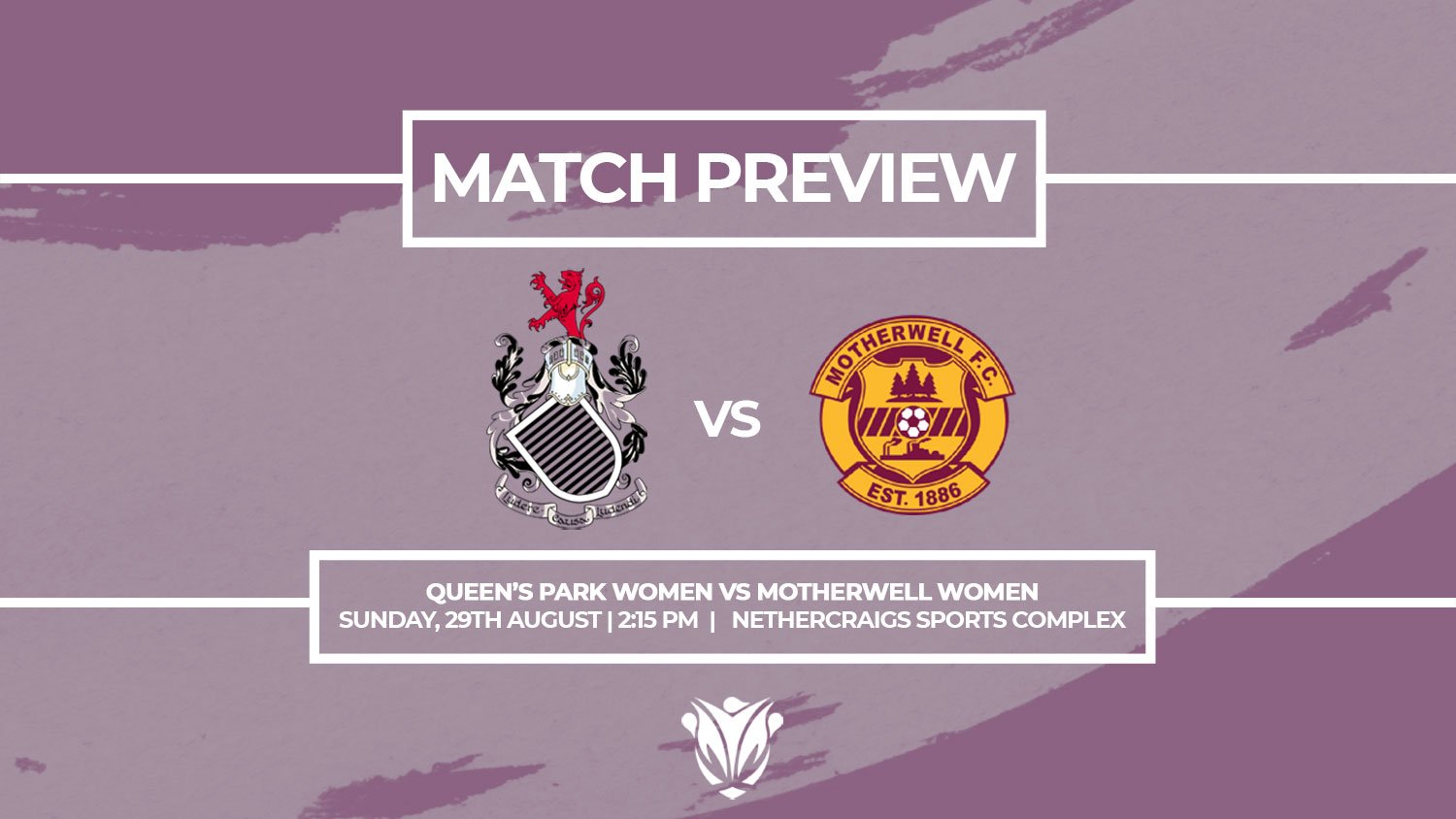 Queen’s Park Women return to action this Sunday as they face SWPL 1 side Motherwell in the SWPL Cup. The match kicks-off at 2:15 PM at the Nethercraigs Sports Complex in Glasgow.

Spectators are allowed, but they must adhere to the current Scottish Government guidelines and social distancing rules at all times.

As Rangers and Aberdeen have already qualified for the quarter-final stage of the competition, both Motherwell and Queen’s Park will be looking to secure a third-place finish in Group A.

Last season (2020/21), Motherwell finished in sixth place in the SWPL 1, with 4 wins and 17 losses, scoring 18 goals and conceding 78. The Women of Steel have had a busy summer, signing defenders Claire Crosbie, Eilidh Martin (on loan from Rangers) and Jo Addie, midfielders Olivia Potter (on loan from Celtic), Laura McCartney (on loan from Rangers), Leanne Crichton and Amy Anderson, and forwards Holly Napier and Nicole Cairney.

In this year’s SWPL Cup, they won 4–1 against Boroughmuir Thistle (thanks to a Chelsie Watson penalty, a late Claire Crosbie goal, and two Boroughmuir own goals) and lost 1–0 to Aberdeen and 5–0 to Rangers. Queen’s Park last faced Motherwell on Sunday, 15th September 2019 in the quarter-finals of the Scottish Women’s Cup. The match ended 5–0 to Motherwell.

“As a group, we are looking forward to the game,” said Head Coach Barry Rodgers. “It’s another opportunity to prove ourselves. Motherwell play in the SWPL 1, so it’s a step back up in terms of opposition, and we know the challenges that we’re going to face in the game. Again, it’s just good to be able to test ourselves against these teams”.

He added: “We’ve been working together as a group for six weeks now, and we’re happy with the progress that we’re making, but there’s still a long way to go in terms of improvement. We’re looking to take what we’ve done in training this week and build on our play and to take it into the game. It should be a good game, these are two good teams, so it should make a good spectacle”.