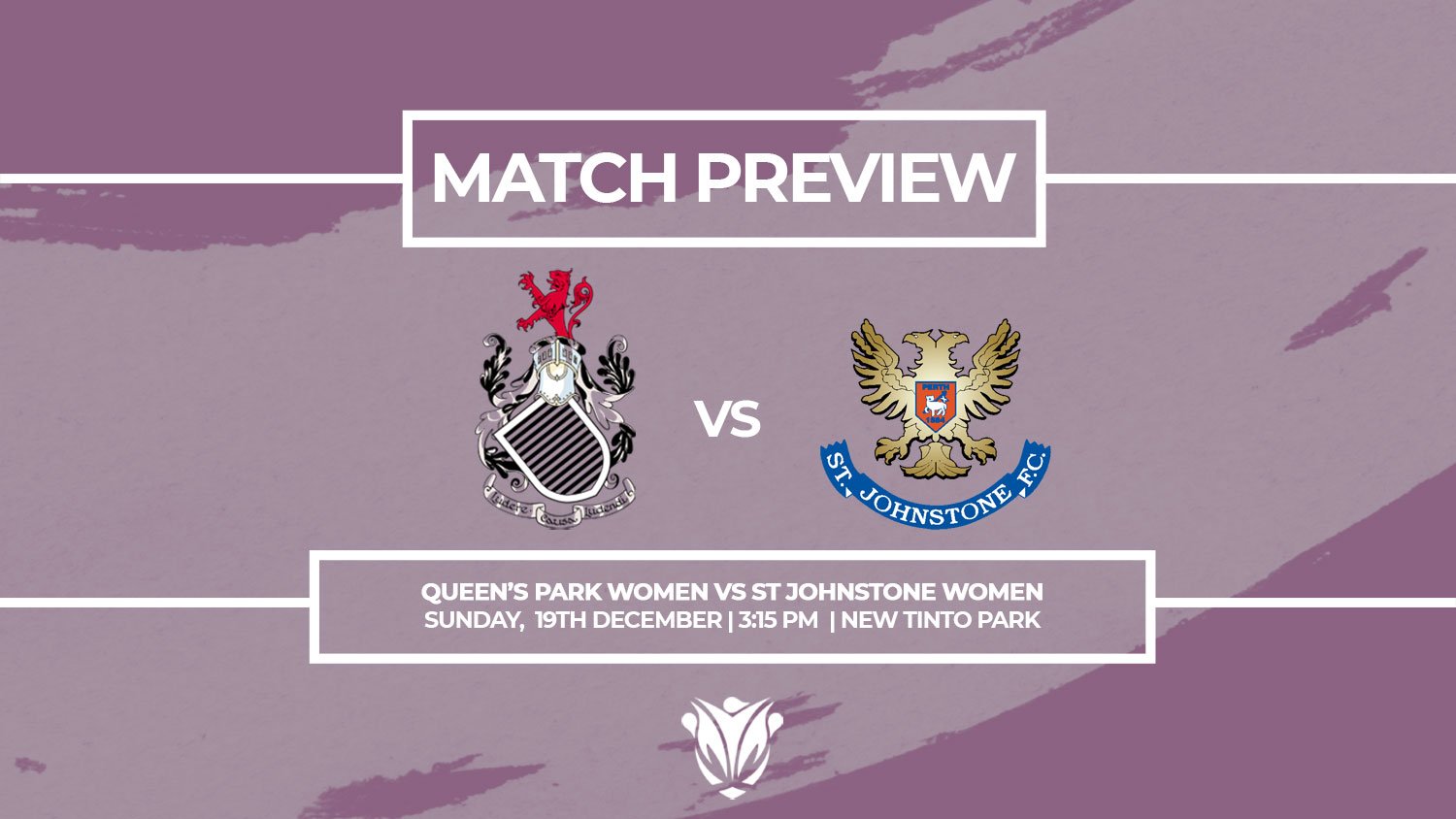 Queen’s Park are set to host fifth-place St Johnstone on Sunday, 19th December, in the final SWPL 2 game before the winter break. The match kicks-off at 3:15 PM at New Tinto Park, home of Benburb Juniors. Spectators are welcome.

This weekend is the last round of matches before the SWPL 2 takes a three-week break for Christmas. This Sunday, Glasgow Women travel north to face Dundee United at the Regional Performance Centre, while Stirling University face Boroughmuir Thistle at home. A list of the full fixtures can be found here.

The Spiders have already faced St Johnstone once this season, on 26th September. Laura Wight put the hosts ahead in the sixth minute, but Demi Potts equalised just after the restart to bring Queen’s Park level. Ellie Cowie then made it two for the Saints in the 63rd minute. A full match report can be read here.

St Johnstone sit in fifth place in the SWPL 2, with 5 points from eight matches – one draw, two draws, and five losses. Their last SWPL 2 match was on 12th December, when they drew 1–1 with Glasgow Women away at Glasgow Green; Nicola Jamieson scored for the visitors in the 66th minute.

Head Coach Barry Rodger said, “We’ve had a really good week of preparation, coming off the back of last weekend’s game. We’ve done well in the week and kept on pushing that, and also some things we tidied up as well. All in all, the preparation for the game has been really good, and the players have been working hard in training.”

“The game itself, obviously St Johnstone have a newly-appointed manager in Grant [Scott], who has worked at the highest level in the women’s game, he’s a really great manager with great experience. So Grant adds that to the team, and St Johnstone themselves have got a group of good, very talented players, so we know it’s gonna be a difficult game, we don’t expect for them to come and make it easy for us. But that’s the challenge for ourselves, and I believe that we have the ability to really go and impose ourselves on the game.”

“The most important thing for us is that we really push our boundaries in terms of our highest standard, and we all work as hard as we can in the game, we all have a full focus and a determination to go and get something for the game. So that’s the challenge for us, and I really believe in the squad and in our capabilities and quality, so we’re excited for the game, and it’ll be a really competitive one.”