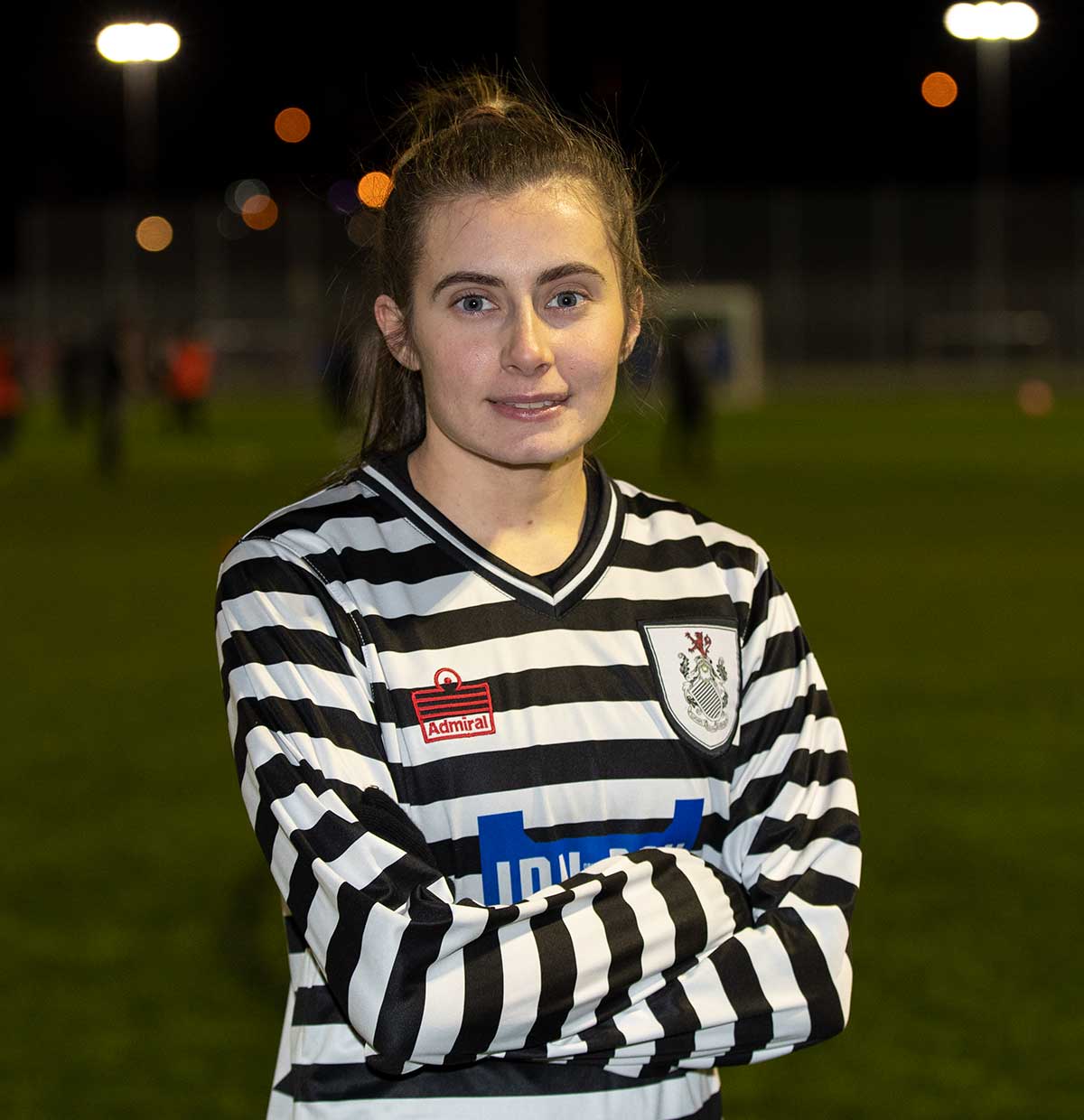 Rachel started playing football, aged 5, with her brother before playing for her primary school team.

She joined Glennifer Thistle for a time before joining Hamilton Academical aged thirteen. Rachel made her first team debut aged 17.

Next up was Stirling University for a season before moving to Motherwell in 2019 for two seasons.

Rachel has played for Scotland at under 17 and 19 level.