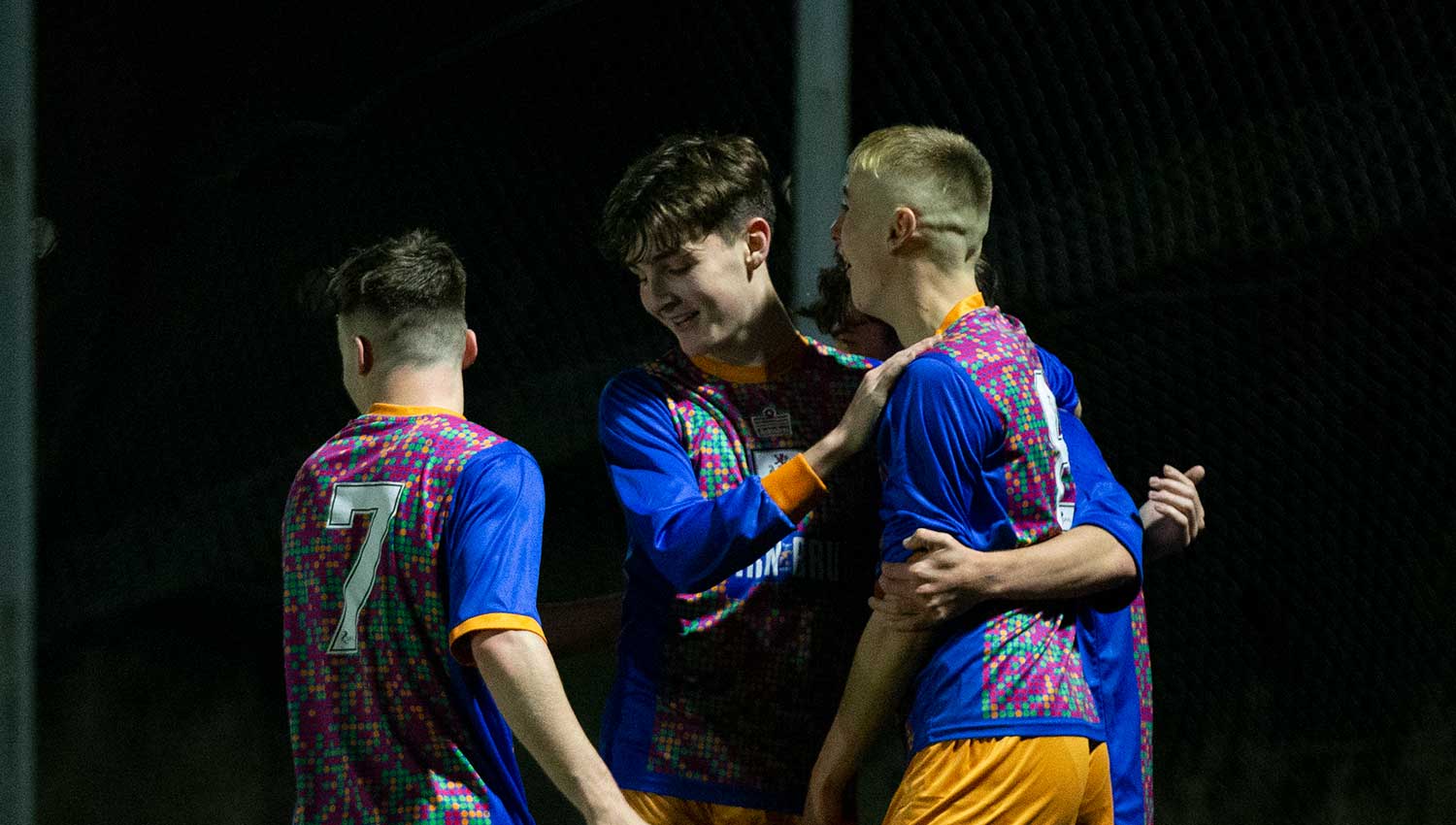 The young Spiders made the long trip north up the A9 to Dingwall on Friday to play Ross County in the CAS Performance League.

Coach Charley King named the same side that performed so well against Partick Thistle two weeks ago.

It took 6 minutes for Queen’s to have the ball in the net.  However Zach Mauchin’s wonder goal into the top right corner was chopped off as the ref had already stopped play due to a head knock.

It didn’t take long for Queen’s to open the scoring, with Chris Mahon replicating Zach Mauchin’s finish into the top corner.

Reece Beveridge started the move by throwing the ball to Lewis Reid at the back, who spotted a run from Chris Mahon off the right flank in behind the defence.

Chris got the ball under control and smashed the ball past the County keeper into the net.

Queen’s continued to dominated and should have been 2 up on 17 mins after Andrew Lind drove out from the back and played in Zach Mauchin, only for the keeper to save with his feet.

However, from the resulting corner, the home team failed to fully clear their lines.  Lewis Reid took advantage and fired home to give Queen’s a two goal lead.

The young Spiders continued to create chances but some good goalkeeping and poor finishing meant they went in 2-0 up at the break.

Just after the hour mark, Queen’s created many chances in a short period with Cammy Bruce, Liam McLeish and Lucas McCormick all having chances but the Ross County defence held out.

Queen’s kept pushing and finally got their 3rd goal.

The ball was worked out to the left with Cammy Bruce driving past the County full back, to then cut the ball back to Lennon Connelly who calmly slotted home at the near post.

The young Spiders kept pushing with some good creative link up play by McLeish & Connelly ended with the former heading agonisingly over the bar from 8 yards out.

With 10 minutes left County did pull a goal back after sloppy play in Queen’s half. The County midfielder picked the ball up at the edge of the box to fire home into the bottom corner.

Overall a very encouraging display from the young Spiders in very wintery conditions.