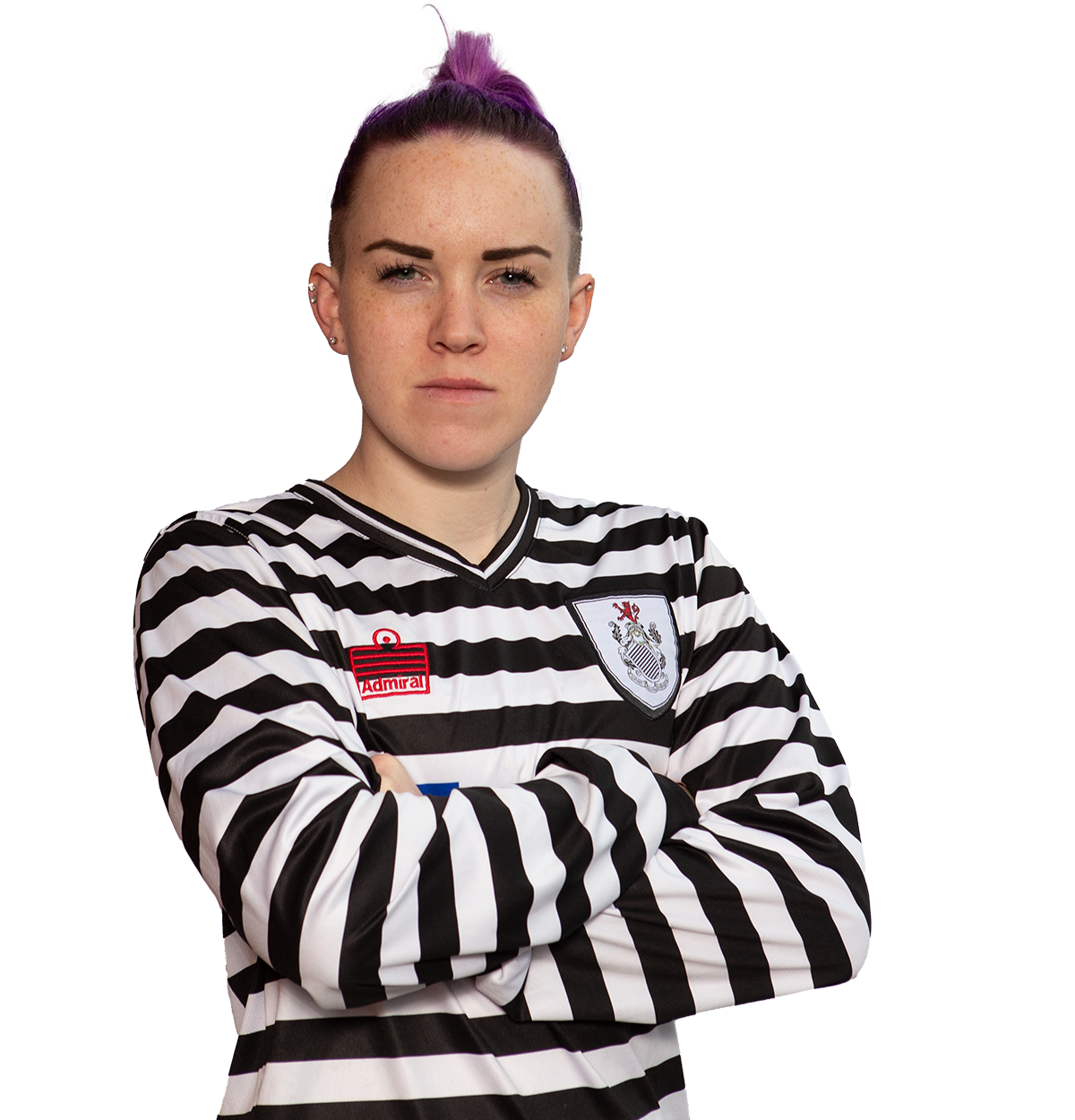 Sam started her football career with Inverclyde Girls in 1999.

She moved to Largs Girls in 2000 before signing with Kilmarnock in 2001. She was Player of the Year three seasons running at Kilmarnock.

Sam joined Hamilton Premier in 2009, then Kilwinning in 2011 where she was the Player of the Year and top goal scorer (93 goals).

In 2012 Sam returned to Kilmarnock, then a spell at Troon, Glasgow Girls, Celtic premier and Glasgow Women before signing with Motherwell in 2017.

Sam also has represented Scotland at Under 15 and Under 17 level.