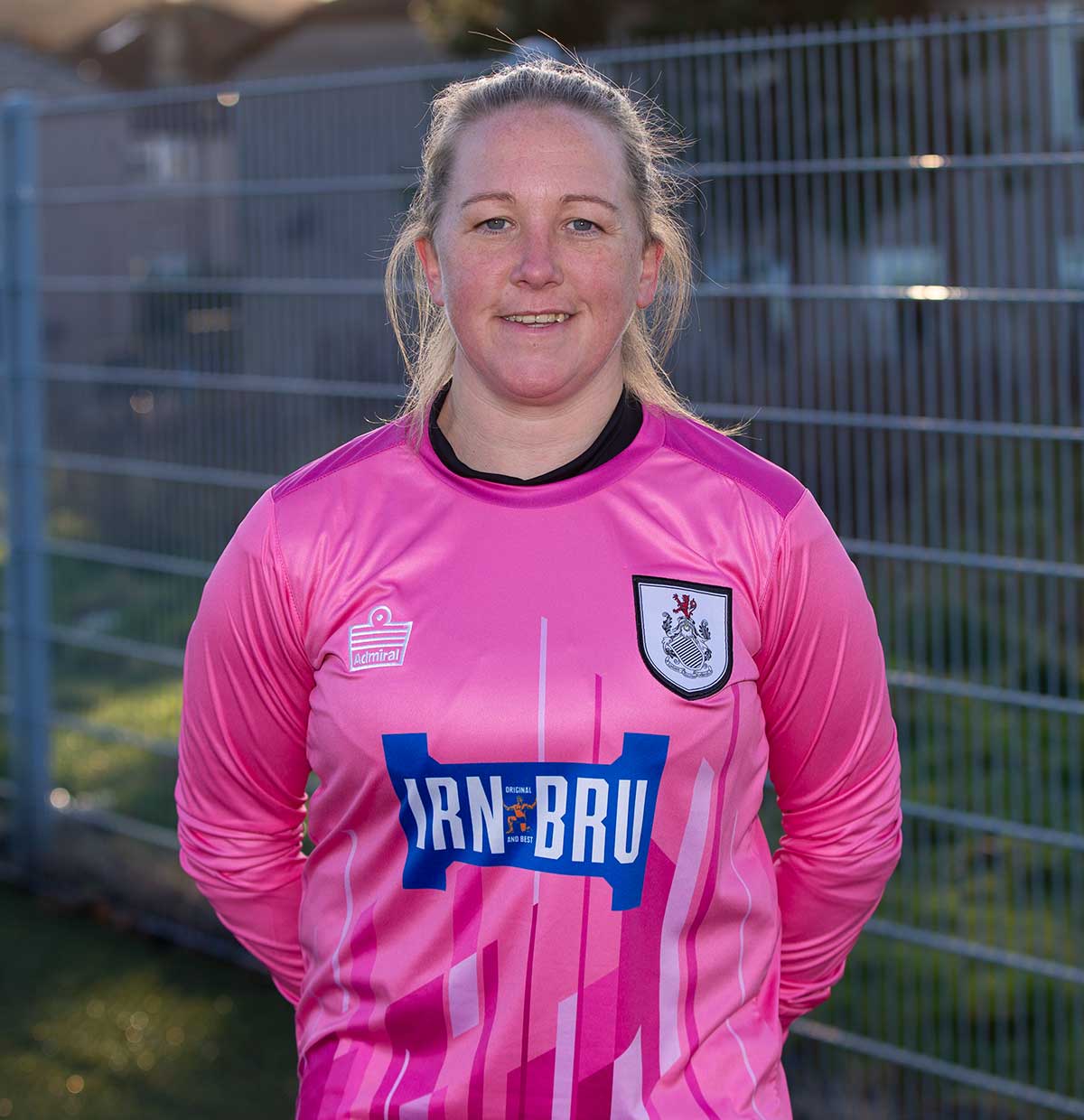 Sarah started playing football in primary five.  She then played first for Kenmay then Inverurie before moving to Cove Ladies then Aberdeen Ladies.

Sarah moved to Glasgow and aged 24 joined Maryhill. She returned north for a few years before returning to Glasgow and joined Street Soccer Scotland and started playing football again.

Sarah joined Glasgow Girls as a coach but still having the football bug she started playing again aged 30.

She next moved to Pollock for a season before signing for Motherwell.

Sarah then signed with Hamilton Academical.

Sarah signed for Queen’s Park, on loan from Hamilton Academical, in December 2021.