The Society was formed on 30th October 1913, its objects being to form a bond of union among the old members, to promote the interests of the Queen’s Park Football Club and to encourage the pursuit of amateur football and athletics in every form.

Full members can join The Society by completing the application form and returning it to The Society by post, hand it into the club or give the form to the Society President before home games. 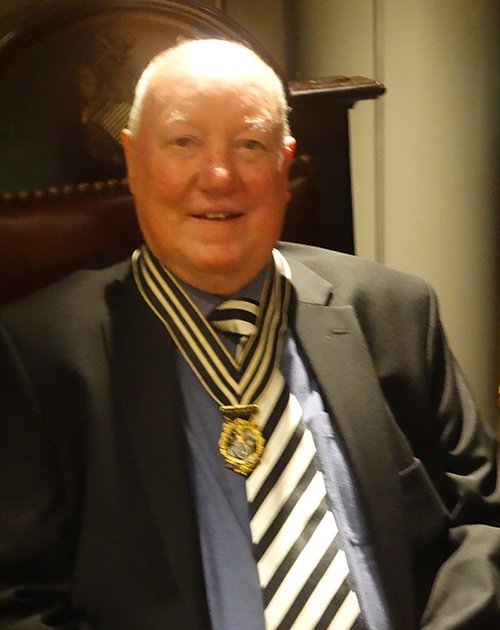 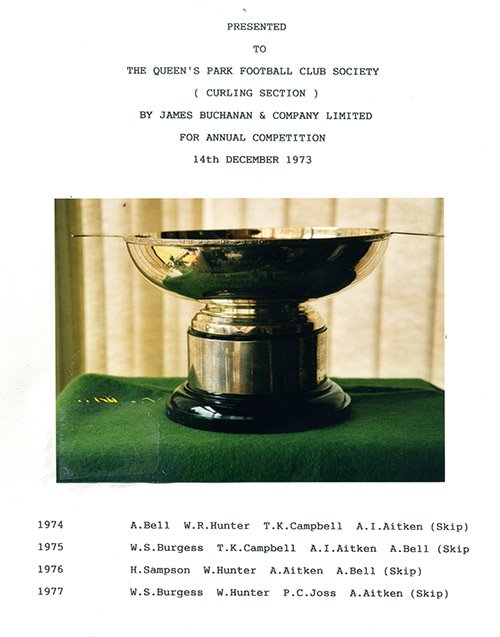 The Buchanan Trophy – presented for competition in Curling 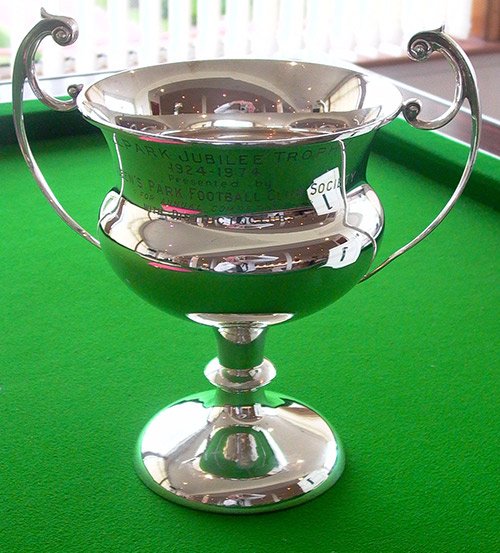 The Hillpark Jubilee Trophy – presented for annual competition in Bowling

At the time of the Great War the Committee raised money to endow beds in Bellahouston Hospital when the sum of £116 was handed over to the hospital authorities.

In 1921 a Silver Shield bearing the crests of the four Scottish Universities, was presented by the Society to the Scottish Amateur Football Association for competition among the Universities of St. Andrews, Glasgow, Aberdeen and Edinburgh. 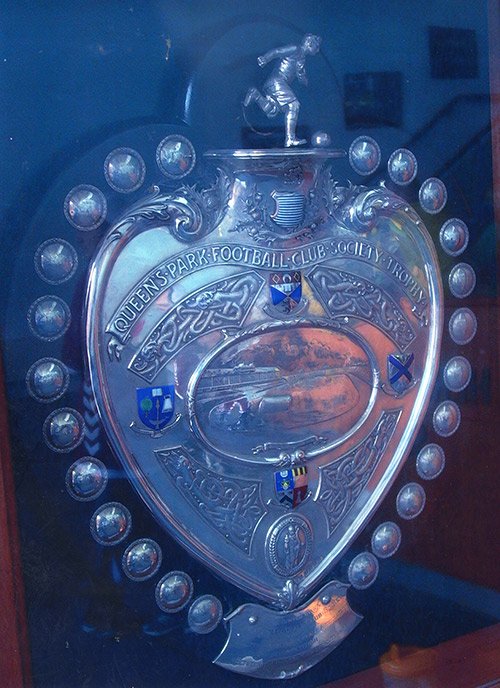 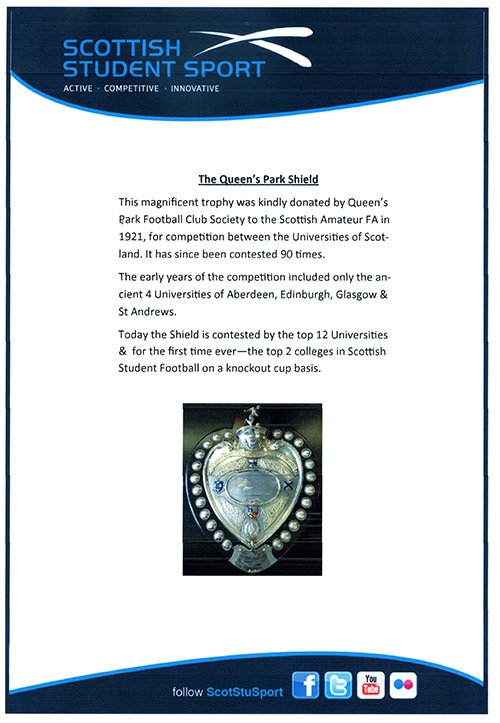 Today the Shield is contested by the top 12 universities and the top 2 colleges in Scottish Student football.

In 1928 a Silver Shield was presented by the Society to the Scottish Amateur League for competition in their second division.

A Benevolent Fund to provide assistance to members of the Club or dependents of deceased members in necessitous circumstances was created in 1924.  Donations from the Queen’s Park Football Club and from members and friends of the Society laid the foundation of a Capital Account.  This has been added to year by year from donations and from the proceeds of the Queen’s Park v “Rugby Rovers” Annual Match at Hampden Park.  The income derived from the investments had enabled the Committee of the Society to give financial assistance to every necessitous case which has been brought to their knowledge.

The President’s Chain of Office, composed of badges won by members while playing for the Queen’s Park Club, is a unique and valuable one.  The medallion to complete the chain was gifted by the Club.  The chain was formally handed over to Mr. James Hamilton the President of the Society, at a Smoking Concert held on 27th February, 1935, the presentation being made by Mr. Ralph Risk, President of the Queen’s Park Football Club.

Later it was decided by the Society to present the chain to the Queen’s Park Football Club as it was felt to be more a link with the history of the Club than of the Society.  This decision was appreciated by the Committee of the Club and the Chain was duly handed over by Mr. James Hamilton at the Annual Meeting on 30th April 1936, to the then President of the Club, the late Mr. Peter Doig.